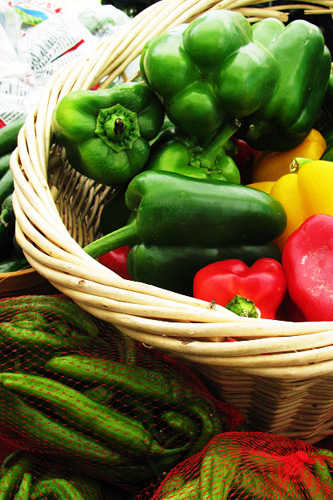 One day, while I was sitting back in my old house in Virginia, I started to wonder…

Is there Farmer’s Markets in Las Vegas?

After all, it’s DESERT. And it’s HOT.

I don’t know a thing about gardening, can things even grow when it’s that hot?

I pulled out trusty Google and learned that, yes, there is farmer’s markets in Las Vegas. Several of them, as a matter of fact. I was relieved – and excited to visit once we got settled.

The first opportunity we had, we took a drive to the one closest to our home. This particular Farmer’s Market is located at Floyd Lamb Park at Tule Springs, in Las Vegas. I had heard from a fellow Vegas blogger that this was a very small farmer’s market. I guess when I heard small, I thought that surely it couldn’t be THAT small.

But it was. This photo is pretty much the entire thing: 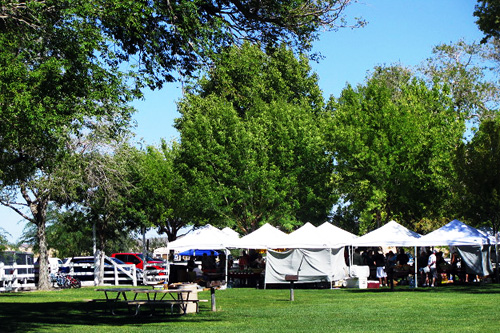 While I do wish the market was bigger, I was happy we went. The sellers were friendly and very happy to answer questions. I was also pleased with my purchases and the selection. For about $12, David and I bought zucchini’s, spaghetti squash, bell peppers, limes, roma tomatoes, green onions, and eggplant. 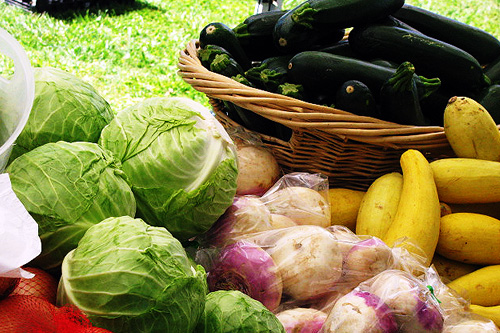 And there was so much more we could have bought, but I was on a budget and I had to pay for a shaved ice for Mattie.

After we paid for our vegetables, we took a short walk to look at some of the buildings at the park. Tule Springs has a quite the history – fossils of prehistoric mammals have been found here and in the 1940’s it was a dude ranch for soon-to-be divorcees. 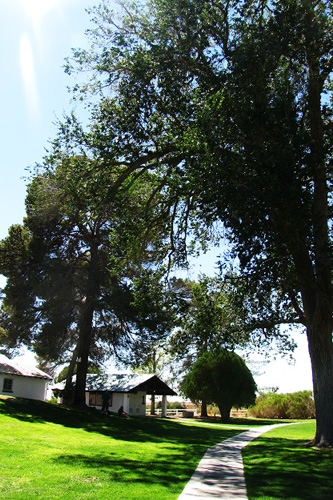 We took some time to read some of the history of the area on the signs outside many of the buildings. 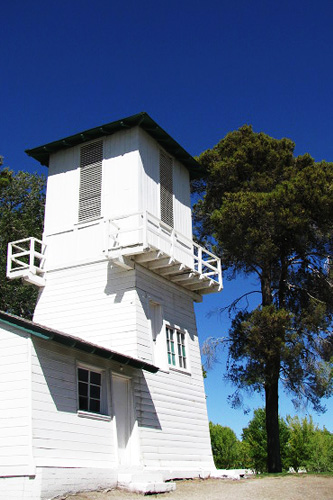 We went into one building that was the head foreman’s house and I snapped a few photos of the kitchen (of course). 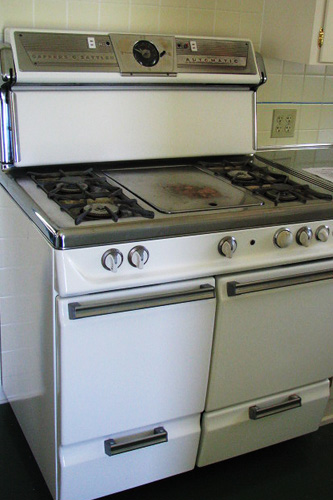 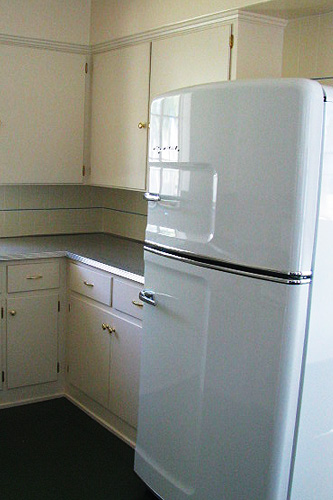 There was also several peacocks roaming around the area. Mattie loves animals of all kind, so he thought that was cool. He even found some huge bird feathers on the ground (which were later destroyed by our cats who thought we brought them home a treat).

It was a good visit and while it was very small, we’ll definitely be returning.

If you are interested in learning more about farmer’s markets in Las Vegas, here are some links to check out: