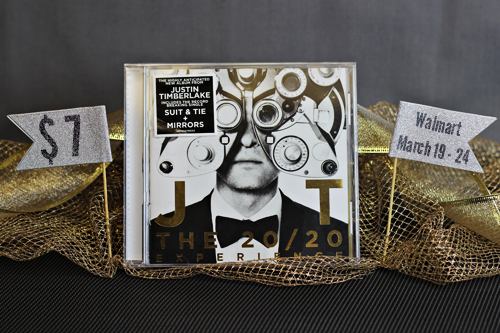 Now, I haven’t been a Justin Timberlake fan from the beginning. I wasn’t never really into N’Sync, although our oldest daughter definitely was. But when Justin Timberlake went out on his own, I quickly became a fan of everything from his music to his acting…and even his Saturday Night Live appearances. I’m not the only one who feels that way — everyone from my husband on down to our 12 year old are Justin Timberlake fans…including Noelle and Courtney who fangirl over everything JT.

When trying to decide on our music night $7 dinner and a $7 dessert to go along with the $7 Justin Timberlake CD, my thoughts instantly turned to Memphis-style barbecue since JT is from Memphis.  As I planned our fun at home dinner, I quickly found it to be a challenge to to plan Memphis barbecue, such as pulled pork sandwiches, for just $7 for 4 people. But then it dawned on me: macaroni and cheese! 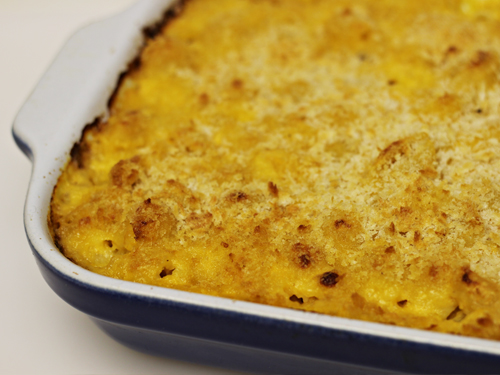 Homemade Macaroni and Cheese is one of our favorite dinners and if you visit a barbecue place in the South, there is no doubt that you will find mac and cheese on the menu at one of the side dishes. And man, do barbecue places do mac and cheese right! Just thinking about it makes me wish I was living in Tennessee with all of the great barbecue joints we had. 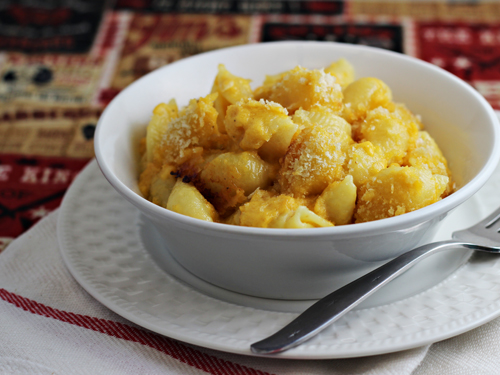 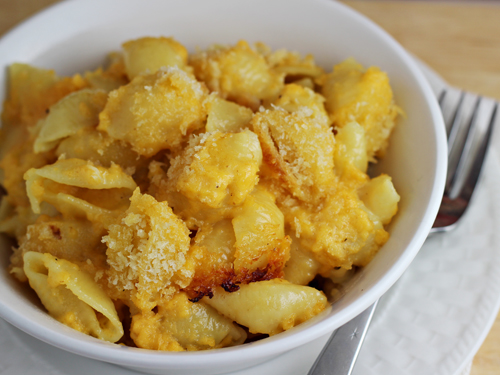 For dessert, the answer was simple. I had seen a recipe that is said to be Granny Sadie’s Blueberry Crunch Cake. Just who is Granny Sadie? She’s Justin Timberlake’s grandmother and I figured this was the perfect time to give the recipe a try. 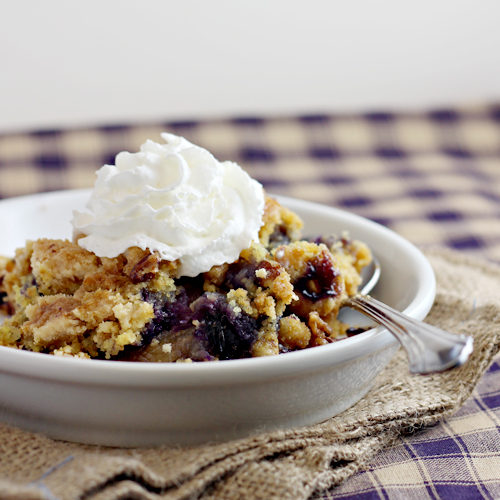 Are you familiar with dump cakes? This Blueberry Crunch Cake is what I would call a dump cake. It consists of crushed pineapple, blueberries and a yellow cake mix which are all layered in a baking dish. The entire thing is drizzled with a stick of melted butter and baked in the oven. It’s such an easy dessert, but oh my…so good.

Making this recipe for $7 can be a bit of a challenge if your blueberries are expensive. To keep it within the $7 range, I would recommend omitting the pecans, but luckily I was able to get my blueberries for a good price and adding some pecans worked out too. 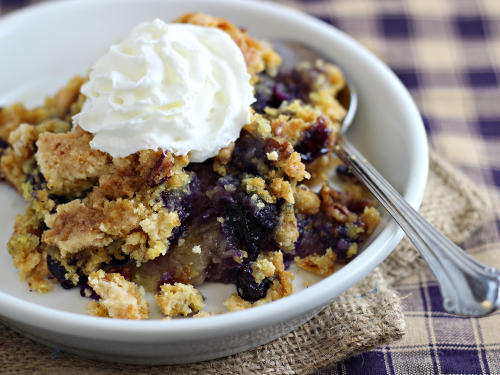 Of course, the entire $7 music night wouldn’t be complete without The 20/20 Experience CD! While I made dinner, I put it on and I have to say…I LOVE it. I figured I would like it…I mean, it is Justin Timberlake, so of course I would like it, but I wasn’t totally sure if I would LOVE it, but I do. Even tonight while I’m writing this post, I’m listening to it. 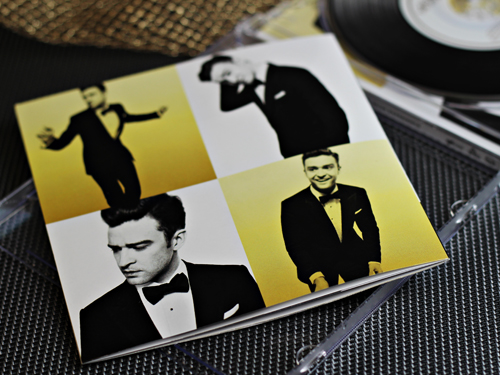 So far my favorite song is “Mirrors” (did you see him perform it on Saturday Night Live?), but it’s followed by a close 2nd place of “Don’t Hold The Wall”…it’s such a fun song. I think “Blue Ocean Floor” is my 3rd favorite. It’s such a beautiful song.

What I think I love most about this CD is that it’s clearly Justin Timberlake. It feels like him, like this is a CD that is absolutely him from start to finish. I’m so glad that I bought it because had it not been on sale for $7, I probably would have just bought a few songs here and there on iTunes. But $7 for a full album of 10 songs is an amazing deal that I couldn’t pass up.

I don’t know if it was the mac & cheese, or the dessert, or maybe just the fact that I created some easy fun at home all focused around the release of a CD, but kids thought the whole thing was fun. I don’t think CD nights will replace our movie nights, but it was still a fun change of pace and no matter if it’s a CD or a movie…nothings better than hanging out with my family and making memories together. 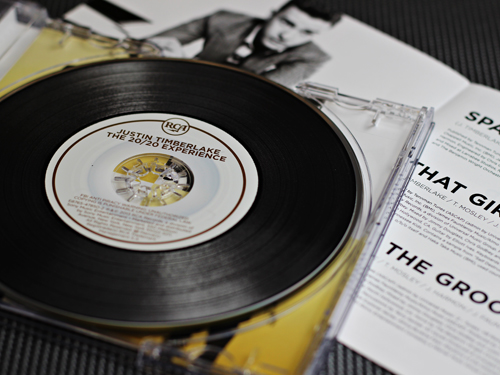 TIP: Can’t make it to Walmart by March 24th? Order The 20/20 Experience CD on Walmart.com by 3/24 and either ship to your home or select free store pickup

To see my complete shopping trip where I purchased Justin Timberlake’s The 20/20 Experience CD, click HERE.

Disclosure: I am a member of the Collective Bias®  Social Fabric® Community.  This shop has been compensated as part of a social shopper insights study for Collective Bias® and #JT2020 #cbias #SocialFabric