Last Friday (May 27, 2011), David got a phone call telling him that he has won a contest he has entered on the Wigibuy Facebook page. The prize? A pair of tickets to see comedian Chelsea Handler live at Ceasars Palace (Las Vegas, of course) the very next day. And as if that wasn’t cool enough, it included a stay at Ceasars Palace. I freaked out! Just the day before I was thinking about how badly the two of us needed a date night: no work, no computers, no kids. But this? Never imagined we’d win a fun prize like this. 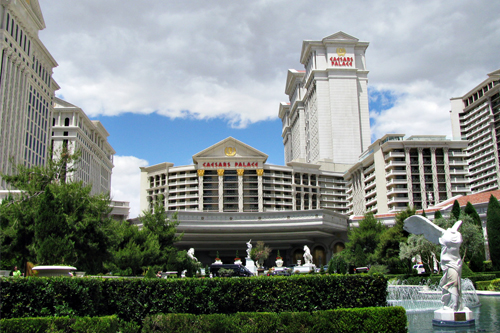 The next day, we packed up an overnight bag and drove all the way to Ceasars Palace – a short drive for us, of course. With Memorial Day traffic, it took all of 30 minutes. The last time we were at Caesars Palace was the night we got married in 1990 – and we had a baby, Wellie, with us! 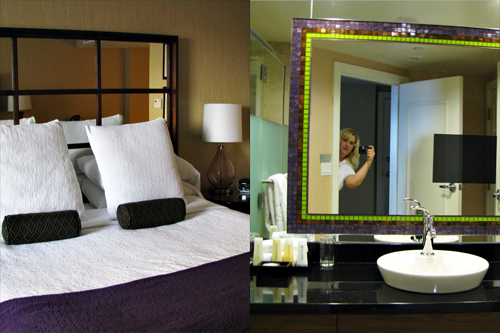 We checked in and went straight to our room so we could change and get all prettied up for our night. The room was nice, even though I think the room we had was a less expensive room. The bed was very comfy, the bathroom and shower were great. See the grey rectangle on the mirror? That’s a TV in the mirror! Loved that. 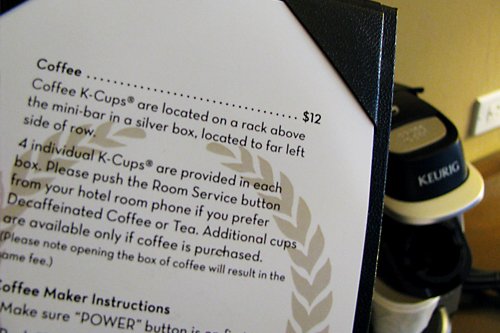 The room had a mini bar, but we didn’t dare eat or drink from it. The most tempting was the coffee. The room has a Keurig which I think is a really nice touch. The K-Cups were $12 for 4, so we did pass on them (if I’m paying $12 for coffee, I’d rather be sitting in a coffee shop than in my hotel room). I do wish they had at least 1 or 2 complimentary ones, but even still, I hope more Las Vegas hotels switch to Keurig (or even similar) type coffeemakers in their rooms. 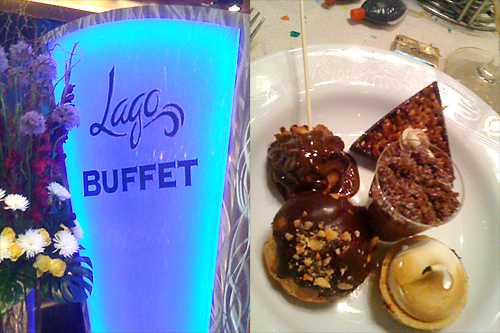 Because our show was going to start soon, we decided to have dinner at the Lago Buffet at Caeasars Palace. A few of my favorites were the mixed vegetable assortment (had asparagus, little potatoes of some sort, mushrooms, etc), the mussels, their penne macaroni and cheese, and the cold shrimp.

I was a bit disappointed that the buffet price ended up being higher due to the Memorial Day weekend (they gave free champagne I guess to offset that?). The overall size of the buffet it small, with less offerings, compared to many other buffets around town.

Oh, and that’s my dessert plate. Chocolate dipped coconut macaroon (on the stick), lemon meringue pie, a cream puff type thing, a chocolate mousse (in the cup), and a pecan pie (the triangle). 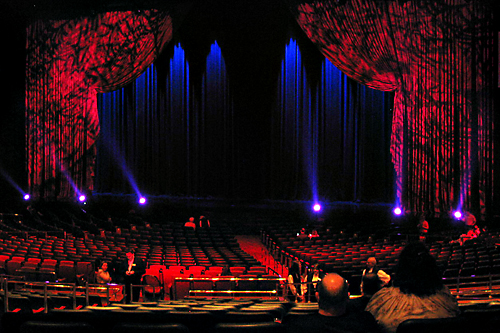 After dinner, we were off to our show! David and I have always wanted to see a comedy show – in Vegas or anywhere – and Chelsea Handler was our first one ever! We were pleasantly surprised to find out our prize was for box seats which meant we were in a more semi-private seating area: more leg room, more comfortable seating. This photo above was our view of the stage. We got there about 7pm (show started at 8pm), so hardly no one was there yet. Oh, and the ushers for the show – friendly and helpful! 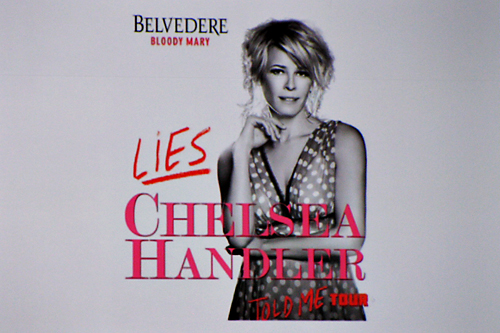 This is a photo of the screens that could have been seen to the right and left of the stage. The show was HILARIOUS! There was several opening acts and then of course, Chelsea. I was laughing the whole show, felt so good! They told us we couldn’t take photos during the show, so I was a good girl. 😉 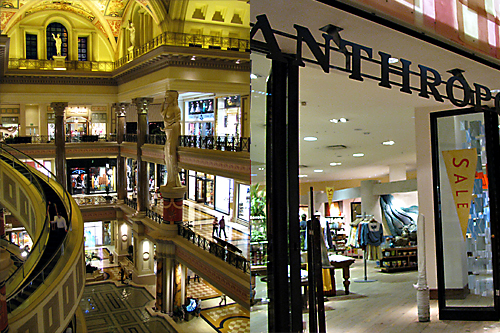 After the show, we went to the Caesars Palace Forum Shops for the first time. I had no idea this place was so big! I thought it was a small sampling of shops, but nope…it had multiple levels and LOTS of stores. It was beautiful too. My most favorite stop was a store that I’ve been wanting to go to for a long time: Anthropologie. I was in heaven there – I love their displays and pretty much everything they sell, particularly home and kitchen related. I’ll do a future post just about them because it was that amazing. 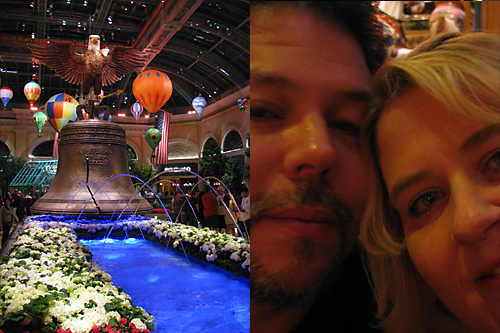 We stopped at Bellagio to enjoy the Conservatory and Botanical Gardens. Beautiful, beautiful. We haven’t been there since February 2002, so it was well worth another visit. The displays are unique to each season, so I’m going to do my best to go back each time to see the changes. I felt so creatively inspired after leaving there! 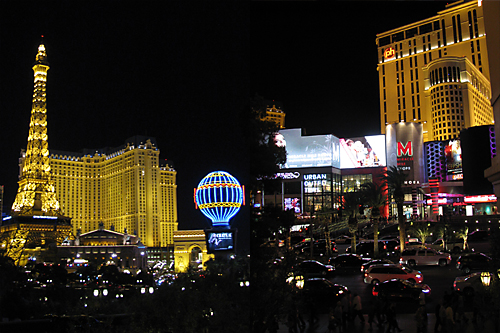 After our window shopping at the Forum Shops and viewing the colorful beauty at the Bellagio, we walked the strip a bit. We enjoy the hustle and bustle of the strip (even on Memorial Day weekend!), but I did wonder at points if we were the oldest people out there on a Saturday night? It was definitely a young crowd out there. Anyway, we enjoyed the night and walked from Caesars Palace to CVS to buy some cheap snacks – just like old people might do.

After all this, we were exhausted. We headed back to our room, got cozy, and ate our Little Debbie Donut Sticks, CVS brand cheese crackers, and Diet Pepsi while watching a bit of TV (just keepin’ it real, ya know?). It was an amazing night and I am so glad I got to share it with David…it’s going to be a night I know we’ll never forget.