This Slow Cooker Split Pea Soup recipe is not only delightfully easy to make, but filling and perfect for a winter day. It’s a great meal to plan with holiday ham leftovers. 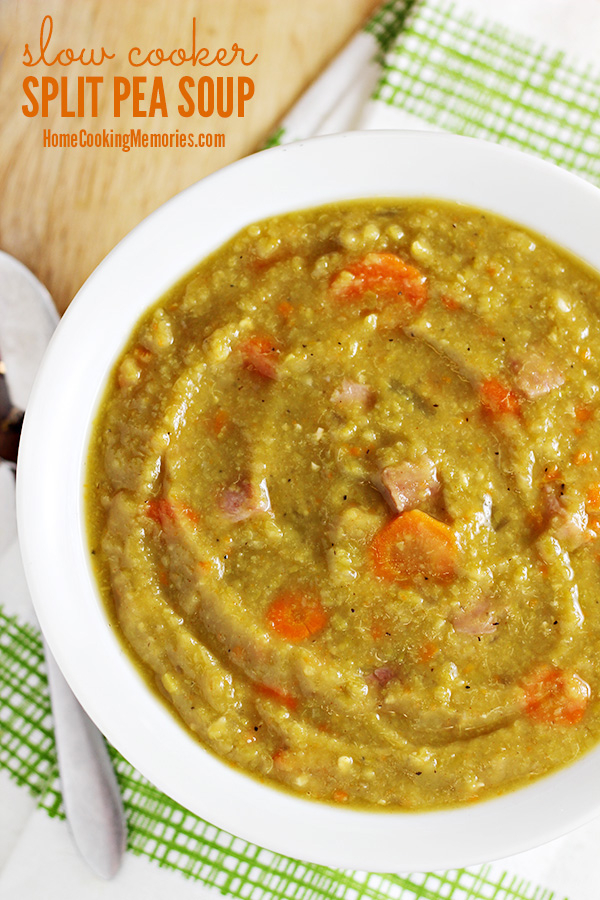 I didn’t think the kids had noticed, but we have a tradition every time we have a ham for dinner: I make Split Pea Soup a few days later. The tradition started because it was a way to save money and to use up leftovers. A lot of our leftover ham would get used for sandwiches, but there was always plenty to make Split Pea Soup, so after having our holiday hams, Split Pea Soup has always been one of our dinners shortly after.

I actually didn’t think the kids had noticed this tradition. Not really a big deal — I didn’t start it to make memories or impress them. It was started solely for the purpose of being frugal. 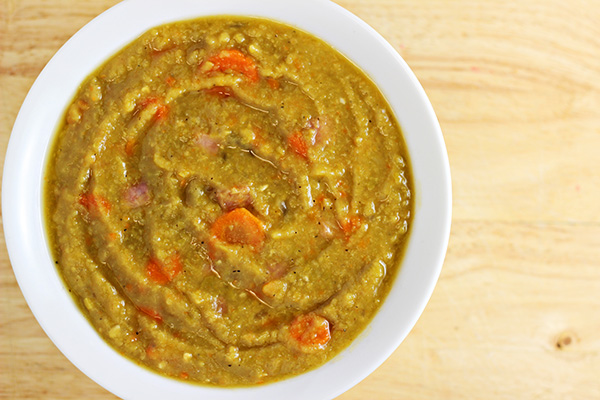 This year, we had ham on Christmas Day and I hadn’t really thought about Split Pea Soup. But as it was cooking in the oven, our youngest son (age 14) came into the kitchen and eagerly said “that means we’re having split pea soup this week, right? I love that stuff”. I was surprised that it had left an impression on him, but seriously happy that it did.

The week after Christmas was crazy. And before I knew it, we didn’t have enough ham to make my Split Pea Soup. But a tradition is a tradition and a promise is a promise, so I picked up some ham at the store and made sure that kid got his Split Pea Soup. 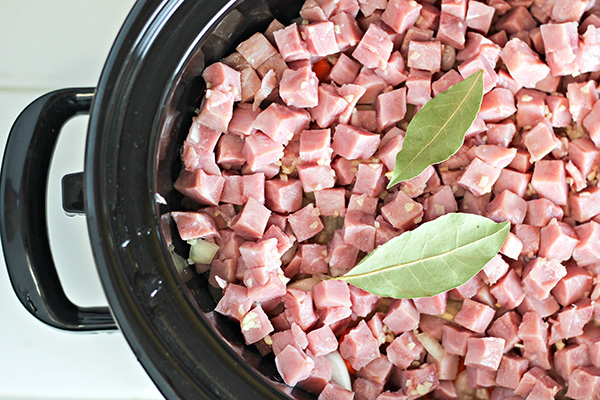 The one thing I did differently this time around, was that I made it in a slow cooker. Split Pea Soup isn’t hard to make, but I wanted to make it even more simple and as hands-off as possible. The result is the version you’ll see in this post — it’s VERY easy to make. You’ll just layer the ingredients, pour in chicken broth, and let the slow cooker cook your soup. That’s it. 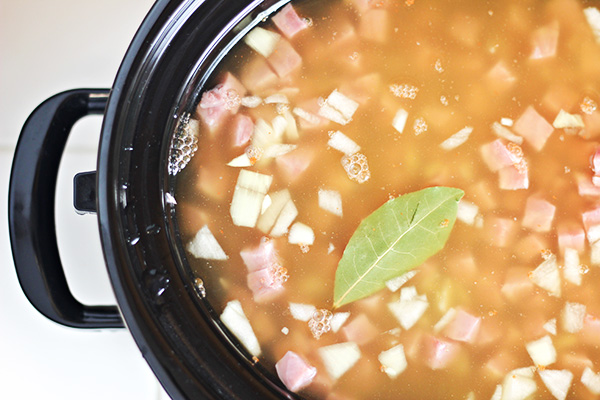 Here is the full recipe for my Slow Cooker Split Pea Soup — it’s very hearty and filling. Also, according to my son, this is even better the next day.

This Slow Cooker Split Pea Soup recipe is not only delightfully easy to make, but filling and perfect for a winter day. It’s a great meal to plan with holiday ham leftovers. 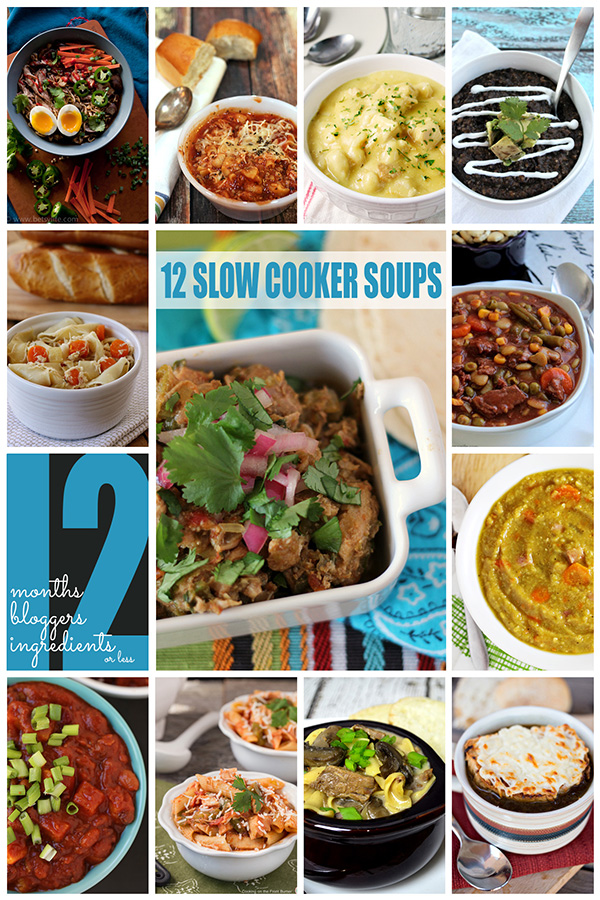 Our #12Bloggers theme for this month is Slow Cooker Soups, so everyone in the  #12Bloggers group has shared a recipe that fits the theme, with 12 ingredients or less. Check them out — they are such a great way to warm up this winter, while saving you time in the kitchen. 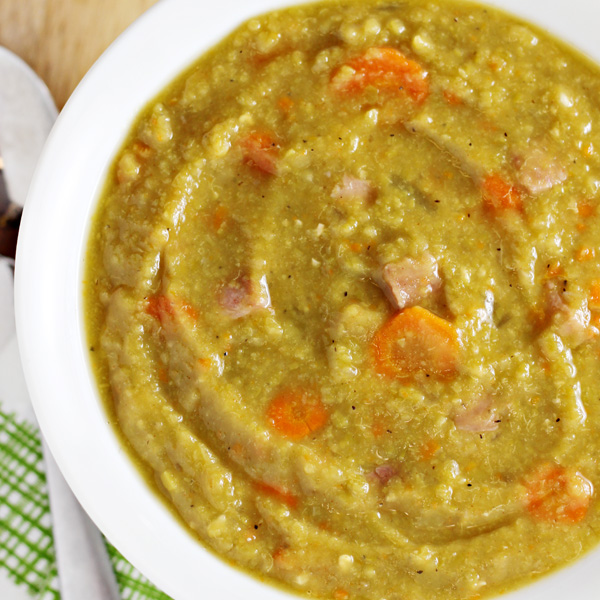