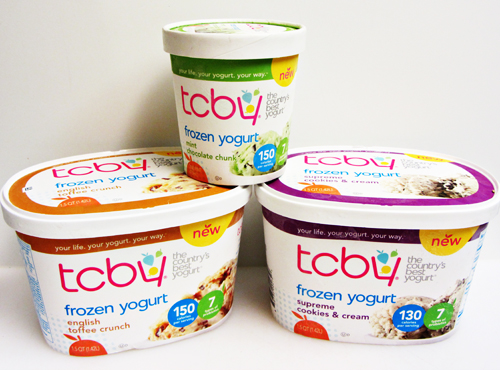 This shop has been compensated as part of a social shopper insights study for Collective Bias. #CBias All opinions, as always, are 100% my own.

We are an ice cream loving family. I would say we have some sort of ice cream in our freezer about 95% of the time. I like frozen yogurt too, although I’ve never bought frozen yogurt at the grocery store or kept it in my freezer. I’ve always considered that it was one of those things you just go out for…a super special treat type of deal.

Recently, I started hearing  that the TCBY brand was offering their famous frozen yogurt at the grocery store. As someone who has been to a TCBY shop and enjoyed their fro-yo, I was definitely curious. Considering that April Fools Day was coming up, I thought it would be fun to do a little switch-a-roo on my kids. Rather than our usual ice cream, I would buy the TCBY Frozen Yogurt and see what they thought.

We headed to Walmart to grab some groceries and it was there that I looked for the TCBY Frozen Yogurt. It was easy to find and I saw that there was several flavors. You can see all the photos from my shopping trip here. 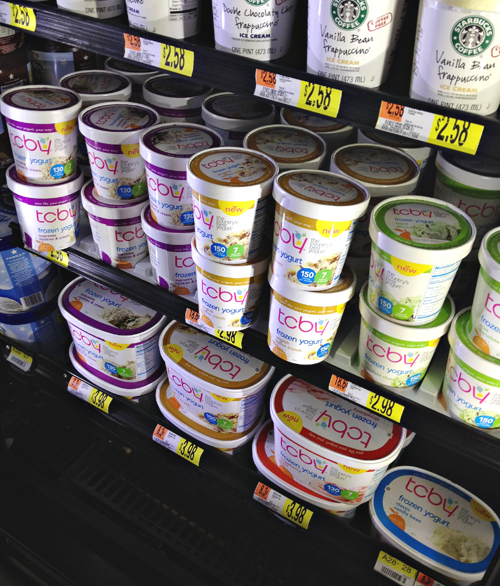 I’ve said it before, and I’ll say it again, I’m a sucker for great packaging! I just loved the colors and design of the TCBY Frozen Yogurt.

There was novelties items available too, which I didn’t know that they had.I didn’t buy any on my shopping trip, but I can see myself buying these in the future. As someone who tries to watch my calories and fat content, I like the portion control that individual servings in novelty package give you. 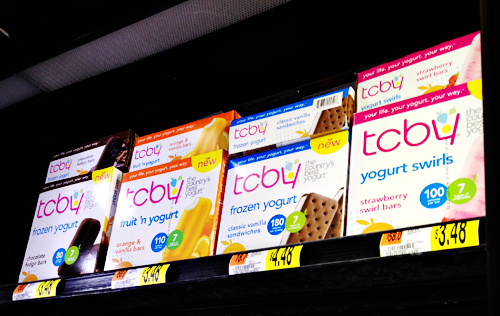 My oldest daughter was shopping with me and she was in on the April Fools Day fun, but she just wasn’t sure that the TCBY Frozen Yogurt would satisfy her, so she insisted on buying two quarts of ice cream. I told her that I was sure she’d like it, considering she’s had frozen yogurt at the TCBY shop and the self-serve yogurt places all around Las Vegas, but she said at those place she gets lots of toppings, so she didn’t know if she’d prefer it straight out of the carton. Well…we’ll see!

After looking over the flavors, I decided on what I would I buy. My favorite ice cream flavor is Mint n’ Chip, so I grabbed a pint of TCBY’s Mint Chocolate Chunk…. 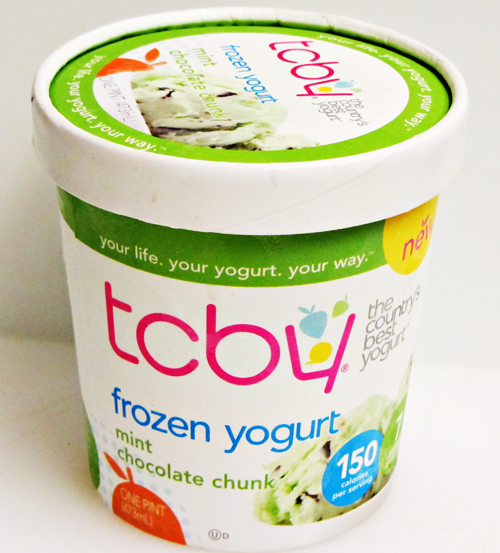 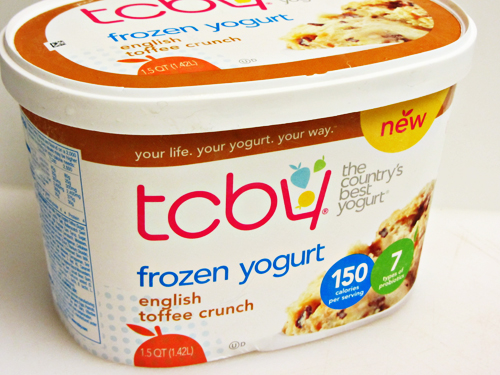 And I also thought the Supreme Cookies & Cream sounded good so I picked out a quart of that. 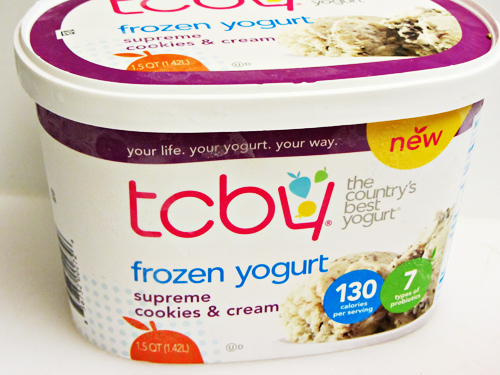 Last night, on April Fools Day, I told the kids that I would dish up their “ice cream” for them  and asked them what flavor they would like. I told them their choices and Mattie asked “can I have a little bit of all of them?”. I told him “sure!” and dished up his bowl. 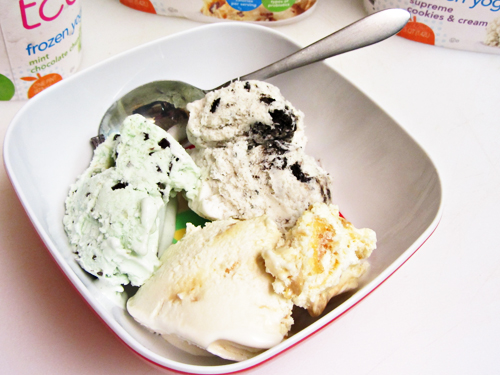 Then, I asked Courtney what flavors she would like and she said she wanted the English Toffee Crunch and the Mint Chocolate Chunk, so I dished hers up. 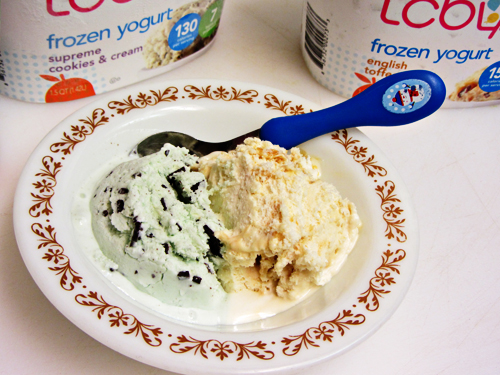 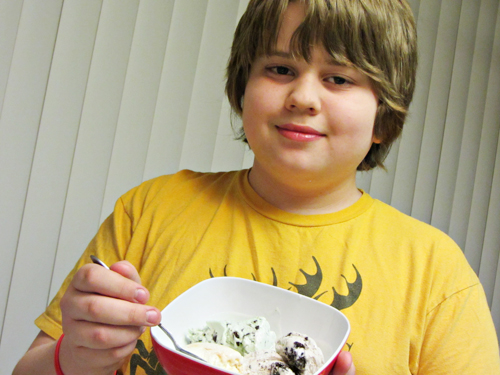 And the person who was the most surprised? Noelle, our adult daughter! My husband had dished up both him and I a bowl with a little bit of everything and I was about to start putting it all back in the freezer, but I asked Noelle if she wanted to try it. She did and she said that if she didn’t know if was frozen yogurt, she would have thought it was ice cream for sure. She loved it too and said that she’ll even buy the pints for herself. 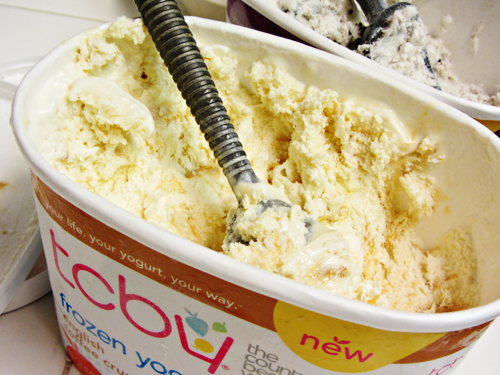 I usually buy light ice cream, but now that I have TCBY Frozen Yogurt as an option, I’m definitely going to buy this again. It was lower in fat and calories than many ice creams and I absolutely loved the flavor of it! 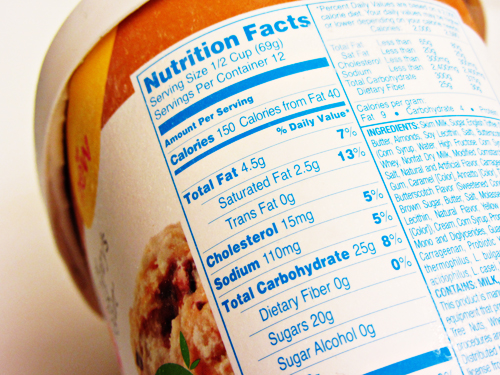 Oh, and another awesome thing! Not only does it taste amazing, but it’s got the benefits of yogurt with 7 types of probionics!

Our #TCBYGrocery switch was a success — and I now have a favorite frozen yogurt that I can buy at the grocery store! 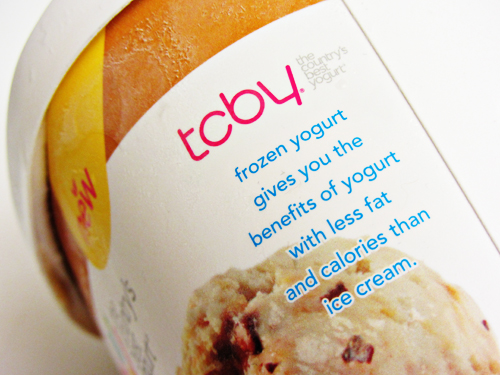