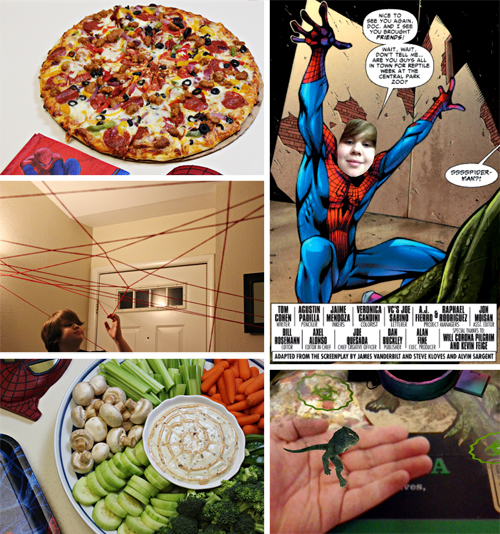 To hold my event, I was one of several bloggers who received a advanced copy of The Amazing Spider-Man. Not only was Mattie thrilled about this, but so was my oldest daughter who is a huge Andrew Garfield and Emma Stone fan. 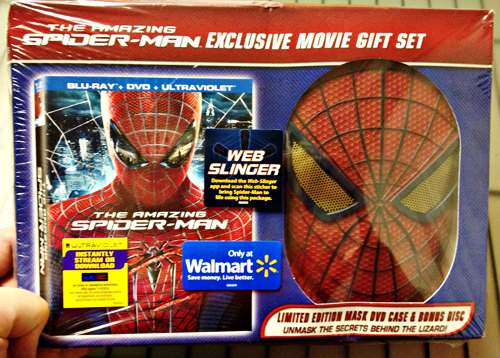 The main focus of our night was the watching The Amazing Spider-Man, but it can’t be called a Family Fun Night without some other fun going on!

First, I planned a movie-friendly dinner — things that could be eaten easily without forks, knifes, etc. To add to the fun, I bought Spider-Man paper plates and napkins for our dinner (you can see photos from my entire shopping trip here). 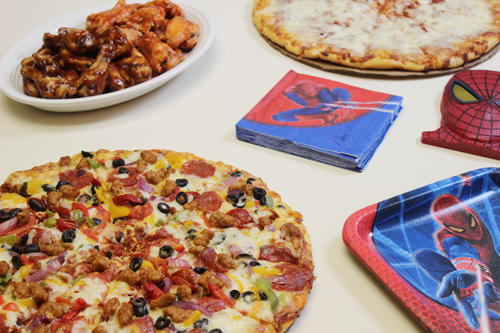 The food star of our Amazing Spider-Man Family Fun Night was Walmart Marketside Pizzas. These are “take and bake” style pizzas in the deli area of the store. 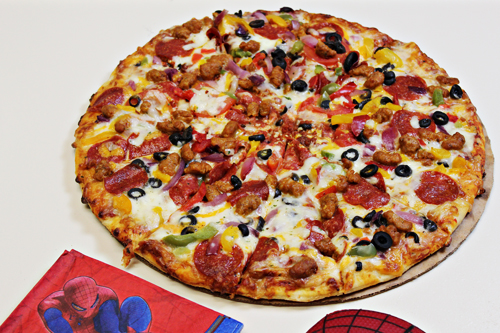 We had wings — half were done buffalo style (hot for David and I and a couple of the kids) and the other half were done with barbecue sauce (for those that don’t like them hot). 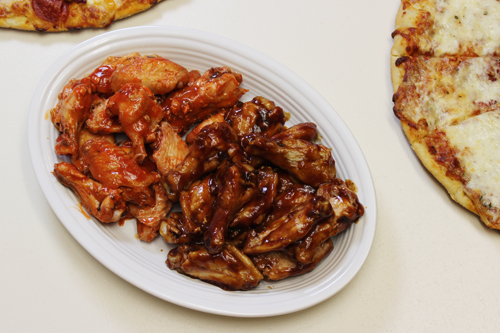 For dipping, I used bottled ranch dressing with bacon. I made a “spiderweb” design on top by taking some of the ranch and blending it with a chipotle pepper. I put it into a dispenser bottle to make the spiral design and then used a knife to “drag” through the lines to give it somewhat of a spiderweb look. 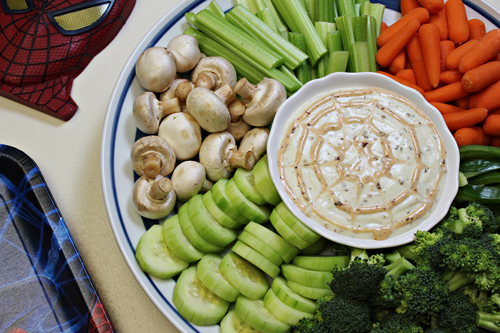 For a bit of fun decorations, we took a skein of red yarn and created an enormous spiderweb! The kids LOVED this! 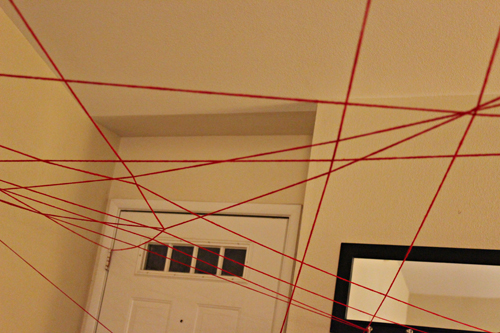 I went all over our living room with the yarn, securing it on various items. I had most of the yarn up high enough so everyone could walk to their seats for the movie without problems (well, maybe with some minor ducking). 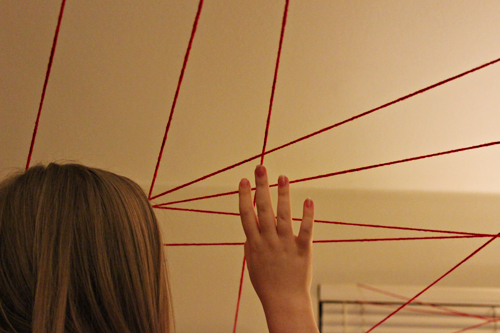 I also made sure that it wasn’t blocking the TV, so we would be able to see the movie! Seriously, for such a simple & frugal thing, the kids thought this was really cool. The yarn cost about $2.50 and we didn’t even use half of it. 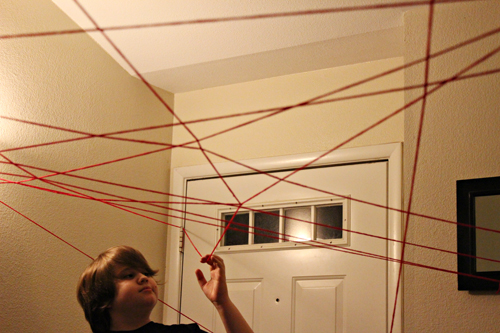 TIP: You can download the free app on iTunes or Google Play. 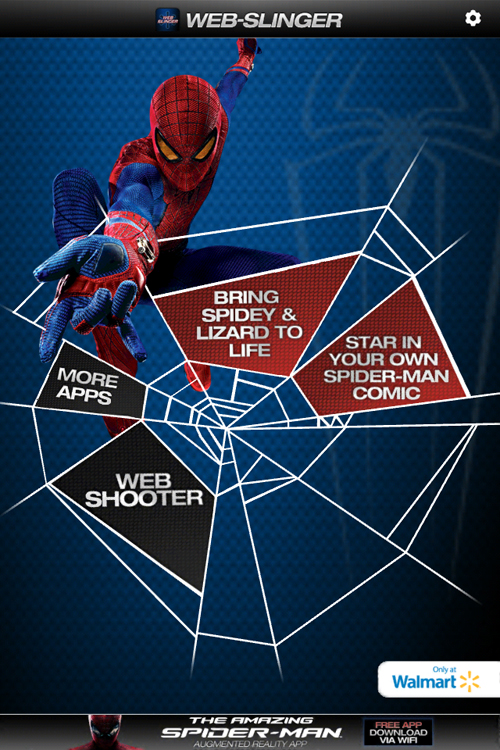 In the image below, I held my iPhone over the pizza box and this scene appeared with the Lizard from the movie! Mattie had so much fun with this. He even stuck his hand under my phone so it would look like the Lizard was sitting on his hand! 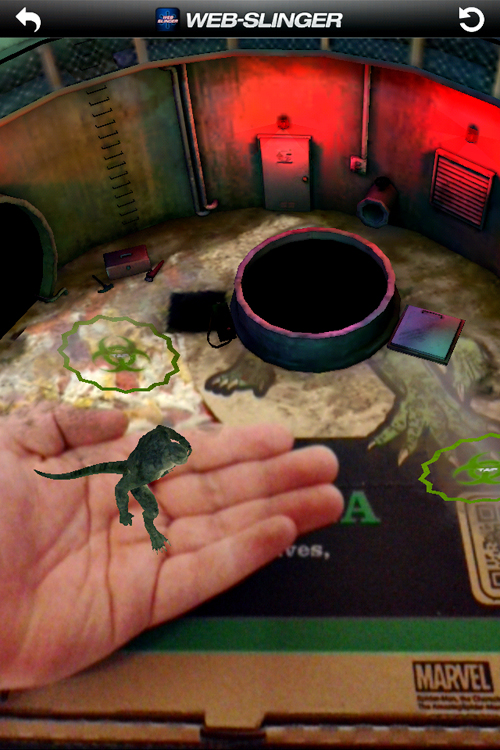 In the next image, I took the pizza box and the movie case and laid them down next to each other. Then,  held my iPhone (with the app playing) over the two items, and this scene started playing, which was an actual fighting game between Spider-Man and the Lizard. 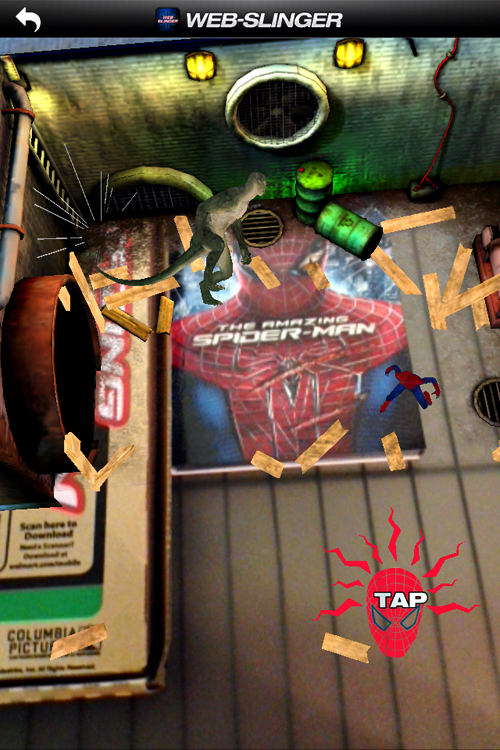 The first time I played the Lizard beat me, but not the second time around! 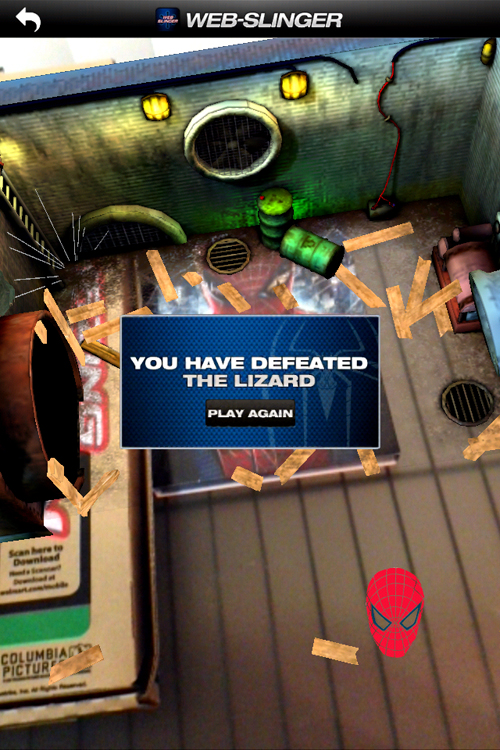 Oh, there was another fun part of the Web-Slinger app — a comic book where you can make yourself Spider-Man! I took a photo of Mattie with my phone and lined up his face and it put him into the comic book. The app comes with a few pages, but you can get even more pages when you scan Spider-Man signage at Walmart. 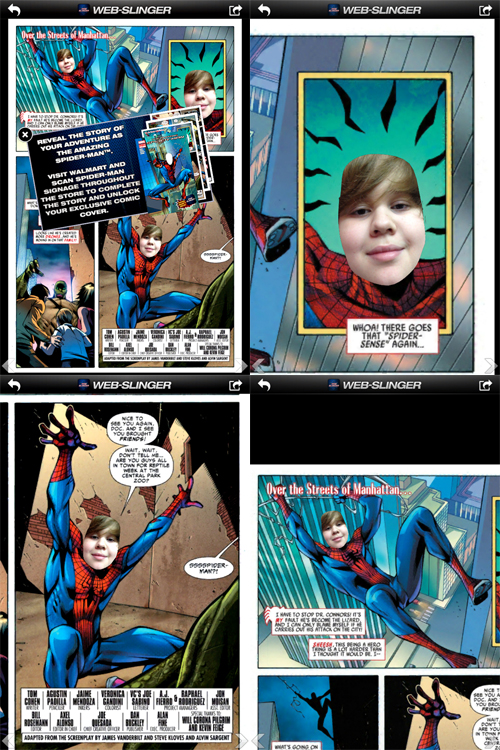 Of course, our family fun night would be complete without watching The Amazing Spider-Man! 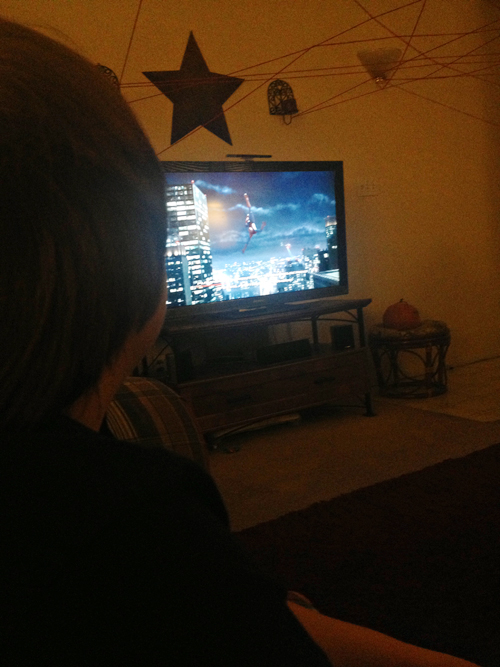 We had a blast at our Family Fun Night! And I’m totally enjoying all the tie-in’s that are happening with movies and things like the Walmart Market Side pizza. It’s quite amazing what can be done nowadays!

For more information on The Amazing Spider-Man movie:

Disclosure: I am a member of the Collective Bias™ Social Fabric® Community.  This shop has been compensated as part of a social shopper insights study for Collective Bias™ and Sony Pictures Home Entertainment #CBias #SocialFabric #SpiderManWMT. I received a copy of The Amazing Spider-Man for this family fun night.