This is probably one of the hardest posts I’ve written. I’ve shared a bit about my weight loss here, but not very much and I’ve been very careful to be guarded with specific details, such as my exact weight. But I’ve come to a point, that no matter how scared I am to share these details, I feel that I must. 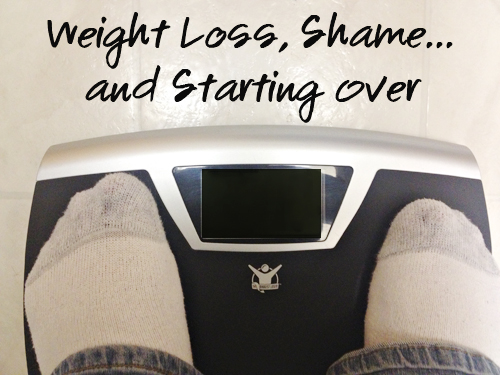 I’m sharing my personal weight gain/weight loss story because I need accountability. I’ve thought about this post a lot this week and finally I’ve taken a deep breath and decided to put myself out there. All myself.

Right now I weigh 357 lbs, which is about 30lb less than my highest weight. In February of 2008, I weighed 380 before having an emergency complete hysterectomy. The operation was quite scary due to my weight and it was the nudge I needed to do something about my weight. So since February 2008, I changed my eating in small ways and it brought me down to my current weight. But I realized I needed to do more, so here I am.

I wish I could say that the year continued well as far as my weight loss. But it didn’t. I lost here and there, but becoming a food blogger can sometimes take it’s toll if you aren’t careful. And I wasn’t careful. I was more sedentary that usual and started gaining back some of my weight. We moved across country, I was stressed with that and work, and I gained a bit more. Emotional eating at it’s finest.

The gaining and losing — but more the gaining — continued in 2011. It probably appeared to some that I gave up, and while it’s probably seems that way, and while yes, there was days that I didn’t care, I wouldn’t say that I had officially give up at that point.

And it was along that time that I officially stopped caring.

And I’ll be honest, food made me feel a tiny bit better, even if people want me to say that it didn’t. 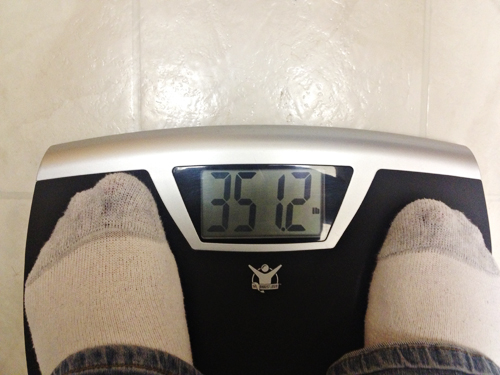 I’ve went right back to where I was at. Right back where I said I wouldn’t be.

Right now, I do feel ashamed. I’ve said this to a few select people in my personal life and they’ve told me to not feel this way, but honestly, I don’t see how I could feel any other way. I feel that I let all of my closest family and friends — the ones who cheered me on before — down.

For those who have read some of my previous blog posts, you already know I’ve actually been taking baby steps towards healthier choices. I’m continuing those things, but turning them up a few notches, such as more regular use of my food journal (this is a huge key for me) and keeping to approximately 2100 calories. I’ve started juicing and blending for some of my meals. And I’m moving my body more and more.