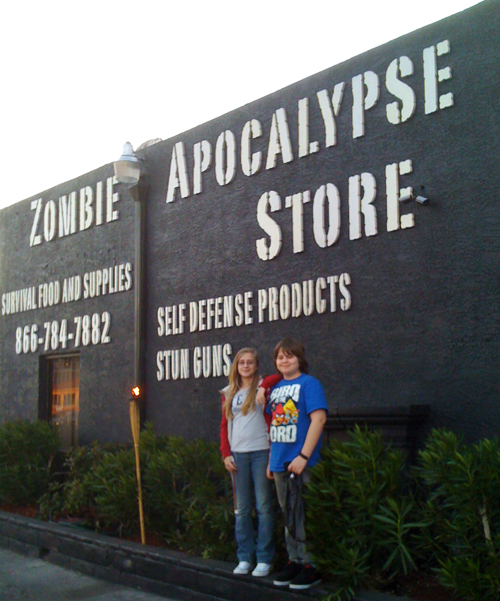 When almost everyone in your family is a fan of zombie movies – and you aren’t – you are still bound to be exposed. And when you are exposed, you have a good chance of being infected.

That’s what happened to me with the show “The Walking Dead” on AMC. I didn’t plan to watch it, but my family was excited for it. Anyone else watch it? I would sit with them while they watched it, catching up on some work on my laptop. It didn’t take long for me to get hooked on the stories and now I look forward to it every Sunday…and the laptop never comes out during it.

I wouldn’t say that I’m the zombie superfan like all of them, but I am a very zombie supportive mom and wife. So, of course, when a zombie themed store opened in Las Vegas, I knew our family had to visit.

The store is a survival supply store, but with the zombie theme. I think that’s a pretty clever idea. As someone who isn’t into survival gear, I was actually hoping for even more novelty zombie items, but I would imagine the average survivalist would say there was too much novelty zombie stuff. You can’t please everyone. 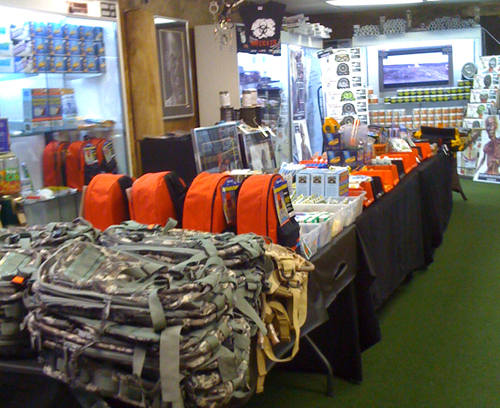 They had an interesting assortment of items — each thing we saw had the kids talking about how it would — or would not — be necessary in a zombie apocalypse. Mattie is quite the expert, so if there is ever such a thing, I know our family will be in good hands.

The Zombie Apocalypse Store is located close to the Strip, so if you are visiting Vegas, it’s not too far away. It had quite a bit of different survival foods…so if you aren’t in the mood for a Vegas buffet, you could grab a self-heating Green Pepper Steak with Rice meal. They sell big buckets of survival food that contain 200 servings. 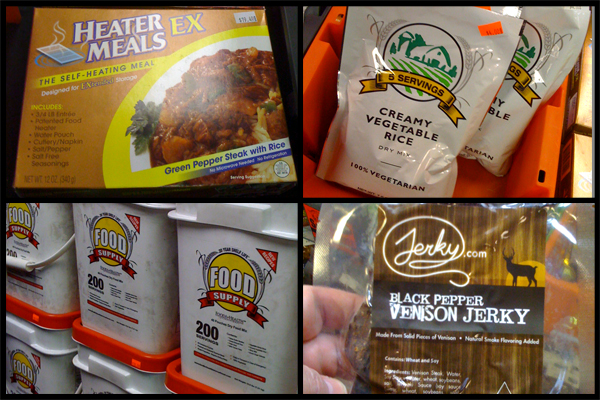 There was weapons…mainly these shovels and crowbars. There was also a bunch of really big knives. I think there was stun guns somewhere too, although I either missed them or I wasn’t paying much attention. 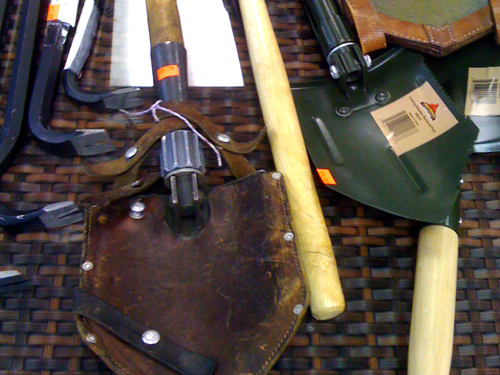 There was a table with LOTS of flashlights…big variety. When our (now almost 20 year old) son was little, he was *obsessed* with flashlights. We still joke to this day that his Dad could never find or keep his flashlights because Little David always found them and took off with them. There was many years that Little David got a flashlight in his Christmas stocking or as one of his birthday gifts. 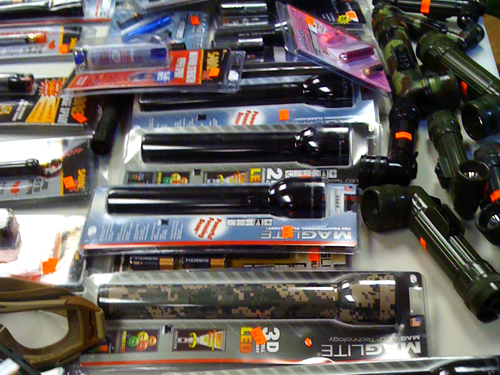 They had The Zombie Survival Guide by Max Brooks too. Max Brooks even came to the store to do a signing of his book, although we missed that. Mattie just recently checked this out from the library and I read a bit of it. I think this is a must-have gift for a zombie-enthusiast. 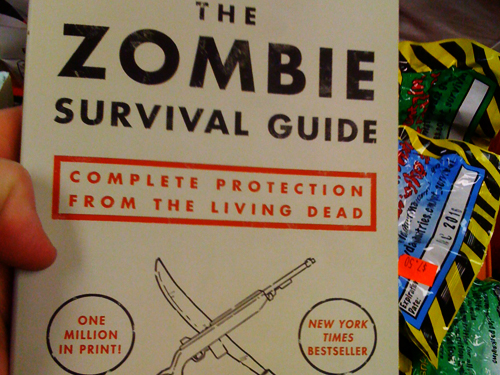 And, of course, they had zombie movies. Probably not the best prices in the valley, but still cool that they had them. My family and I love Zombieland…such a funny movie. 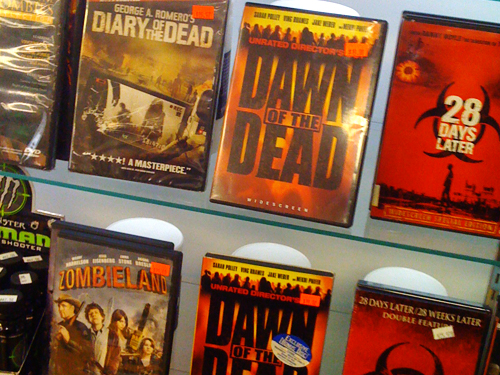 We like to support small businesses, so we were sure to buy something when we visited. Noelle found a Hello Zombie t-shirt that she thought would be perfect for Comic-Con this summer. The kids also got some jerky to snack on and some zombie target practice sheets, which Mattie uses with his Nerf guns. 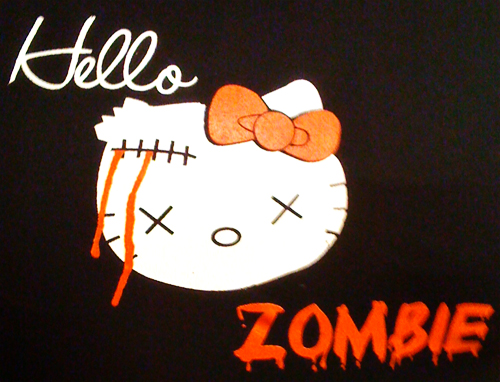 Overall, the store was a fun visit for our family. I would recommend stopping in and checking them out — it makes for a cool photo opportunity and you can even pick up one of their t-shirts so you can brag to your friends back home that you went to one and only Las Vegas Zombie Apocalypse Store.