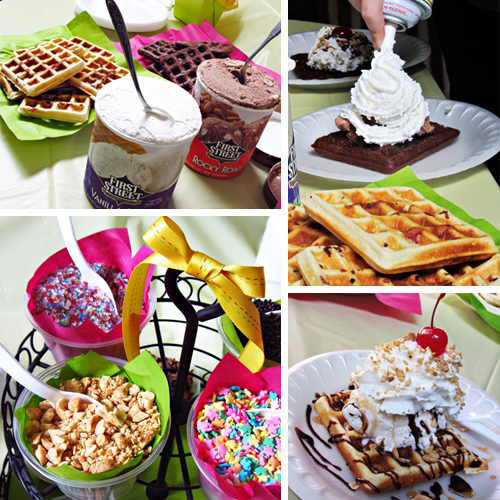 When was the last time you had spontaneous fun with your kids and did something against the so-called “rules”?

We did something recently with our kids that I just know will be a awesome memory that they will always remember. It was different. It was new. It was something they didn’t expect.

When our kids woke up this weekend, they were surprised to find out that we were having a Breakfast Ice Cream Party — complete with brownie waffles and bacon waffles!

Our secret event started with a trip to Smart & Final to pick up everything we needed. We bought two kinds of First Street ice cream: vanilla bean and rocky road. 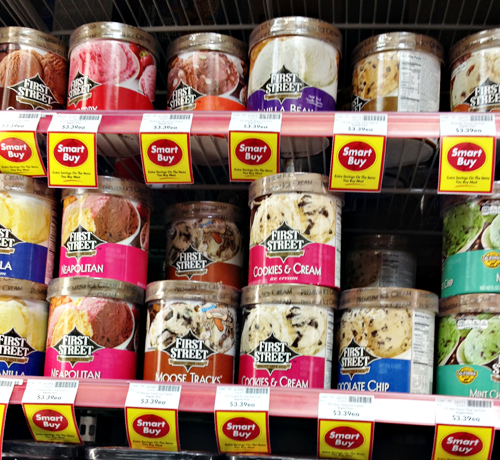 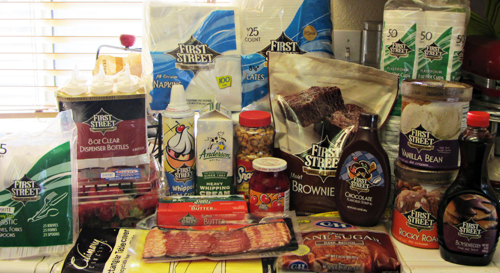 The night before our big surprise, I started making a balsamic strawberry sauce. No one paid much attention to me tinkering around in the kitchen as it’s a usual thing around our house. I sliced up 4 pounds of strawberry and then placed then in a pot with sugar, water, and white balsamic vinegar. 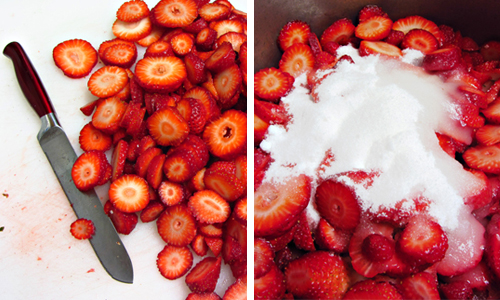 They strawberries were cooked on the stove until they broke down and it slightly thickened. It was so delicious! Such a perfect sundae topping. 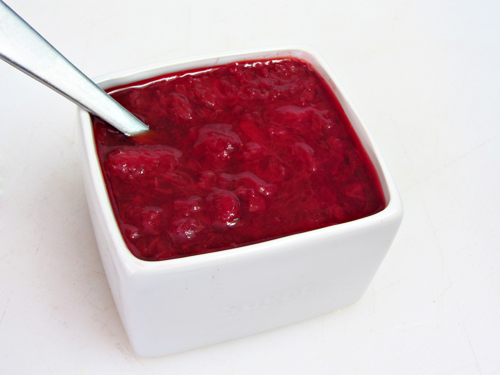 The next morning, I got up early (as usual) and started working on the rest of the items for our breakfast. Using Smart & Final’s First Street Brownie Mix, I mixed up enough batter for an 9″ square pan…however, I added 3/4 cup water, rather than 3 tablespoons as the directions stated.

I used approximately 1/4 cup of batter per waffle and cooked them until they were done in my waffle maker. When they were done, I carefully lifted a corner of the brownie waffle with a fork and then used a spatula to carefully lift the waffle. Brownie waffles are very soft before cooling, so take great care while removing them!

Note: see my full instructions for Brownie Waffles at the end of this post 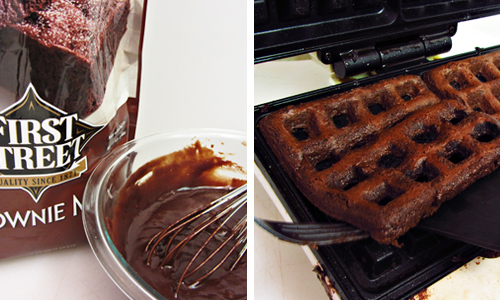 When finished, you have these holey looking brownie waffles – they are so good! 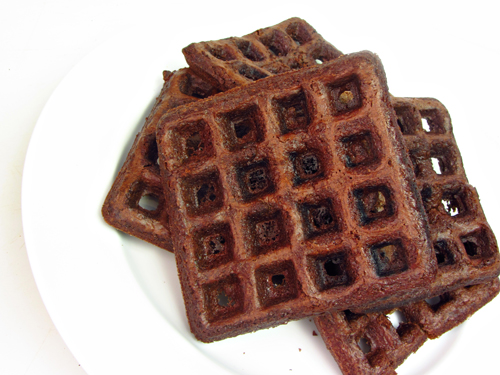 Even thought this was a untradtional  breakfast, I thought bacon would still be a nice addition. However, strips of bacon on a plate just won’t do for this meal, so I decided to add the bacon right into our waffles! Check out my post on how to make your own Easy Bacon Waffles. 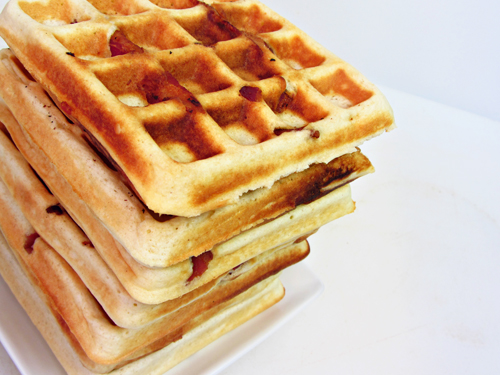 Waffles need syrup, right? Well, in addition to the balsamic strawberry sauce, I also made a homemade caramel sauce (I used Ina Garten’s Caramel Sauce recipe). I also bought First Street Chocolate Syrup and First Street Boysenberry Syrup. Smart & Final has a 6-pack of dispenser bottles that is very inexpensive, so rather than having the actual product bottles on our table, I poured the syrups into the bottles. 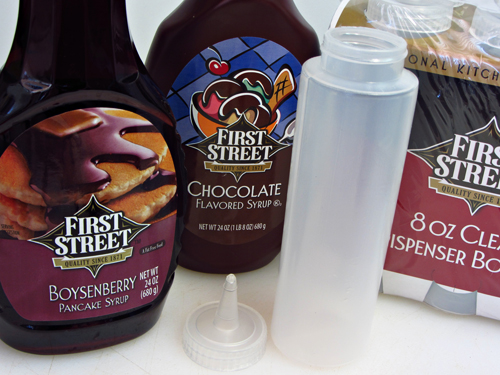 The dispenser bottles are so inexpensive and I like how they give a unified look to a party table. Later, I ended up wrapping a bit of colored paper around each bottle to dress them up a bit. 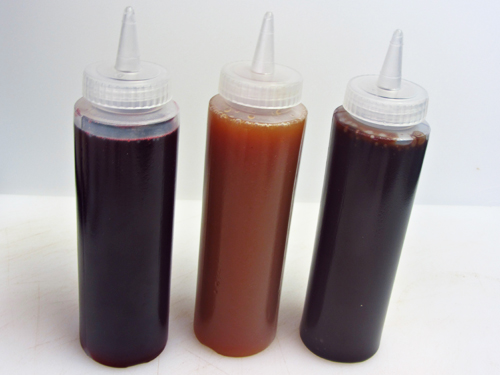 We also had lots of sundae toppings, like sprinkles, nuts, granola, and cherries. Those were placed in plastic souffle cups and displayed on a small cupcake stand. 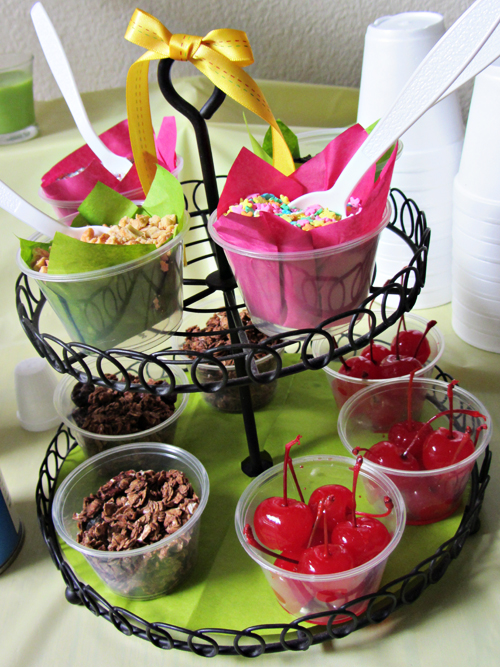 With my waffles and everything else ready, I set our table. I used bright colors. Initially, I set it up with the waffles, syrups, and toppings (things that wouldn’t melt). After the kids woke up, I brought out the ice cream. 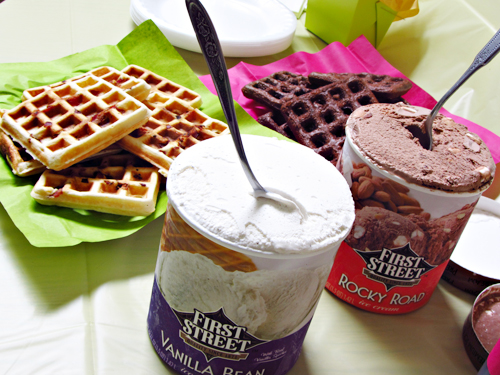 The kids were so excited and totally shocked! They got started right away making their waffle sundaes. 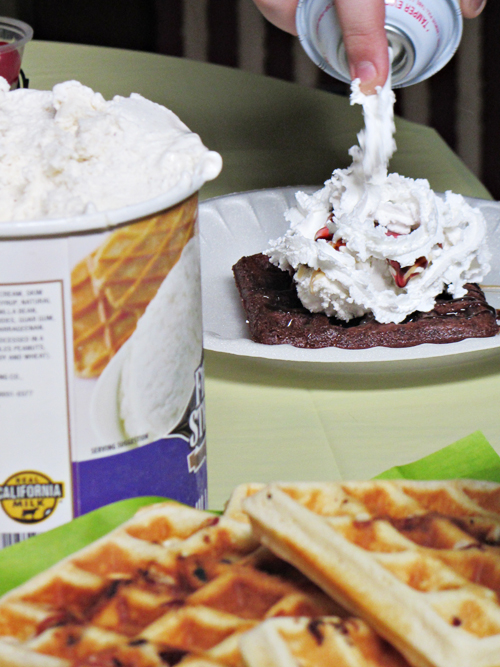 The brownie waffles were a major hit — I think everyone picked those. The ice cream went on top of the waffle and then syrup, whipped cream…whatever they wanted. 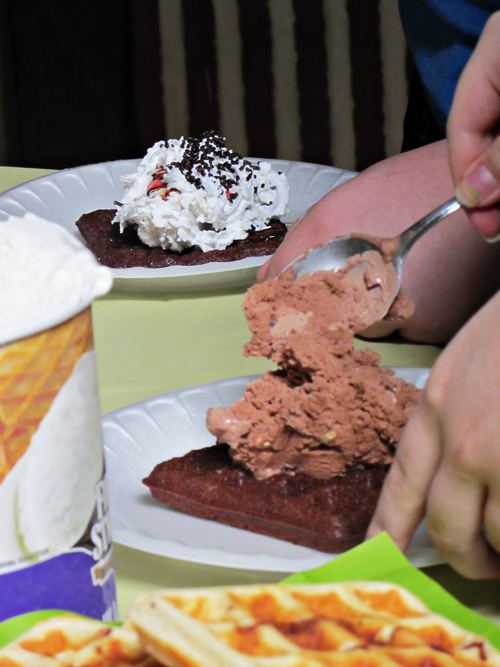 It was so much fun seeing how everyone made theirs — each one was unique. Most everyone took one waffle…. 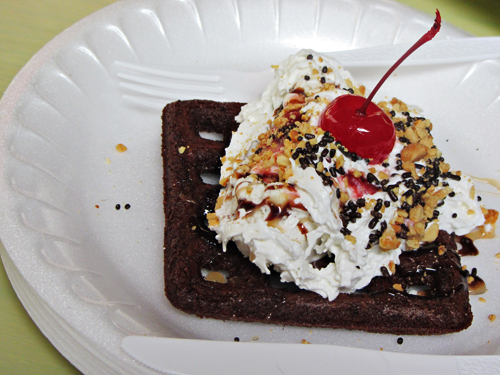 …but a certain 20-year-old in our house decided he wanted 3 waffles and declared his the best creation. 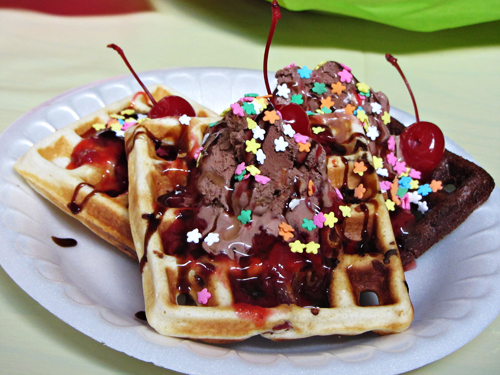 I thought mine looked pretty awesome! 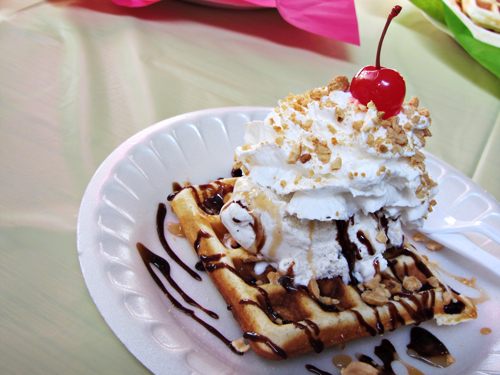 Needless to say, our kids loved every minute of our breakfast #IceCreamTreat party! I’m so glad we did it. Sometimes it’s important to set the “rules” aside and live for the moment.  It creates awesome memory making opportunities!

For more creative First Street Ice Cream Parties, be sure to check out the links below:

Note: I am a member of the Collective Bias™ Social Fabric® Community.  This shop has been compensated as part of a social shopper insights study for Collective Bias™. #CBias #SocialFabric All opinions, as always, are 100% my own.