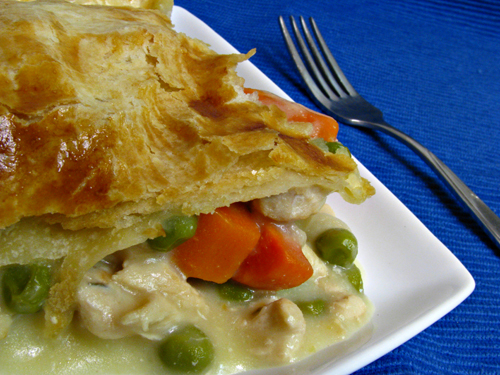 Chicken pot pie is one of my top favorite comfort foods. In the early years of our marriage, there was no way I would have made it homemade. Seemed so complicated. We did have it at home, but it was almost always a frozen variety. I ordered it in restaurants too. I remember choosing it during our 3rd wedding anniversary date night to Marie Callendar’s restaurant.

I’ve come a long ways from that time and I think my family is quite happy that I have. If I say we are having chicken pot pie for dinner they pop into the kitchen frequently during the making of it and say “I can’t wait for dinner!!” or “That smells soooo good!!”. You know I like to make them happy, so I try to work it into the menu plan about once every two months or so. Sometimes skip it during the summer months, but now that weather is cooling down ever so slightly here in Vegas (wooohoo, 63 degrees today!), it seemed like a good choice for early November.

I’ve become quite the fan of the Knorr Homestyle Stock since first using it in my Herb Roasted Chicken and Gravy dinner. I decided to see if there was a recipe for using it in Chicken Pot Pie, so I visit the Knorr recipes section to see if I could find a chicken pot pie recipe.

I found a recipe that looked perfect to try — it was a bit different than other versions, but I decided to try it out, making a few minor changes that would suit our family well. I added a bit of frozen peas and some potato — we love both in chicken pot pie. I also decided to use chopped brown onions instead of the pearl onions to make this recipe a bit more frugal. 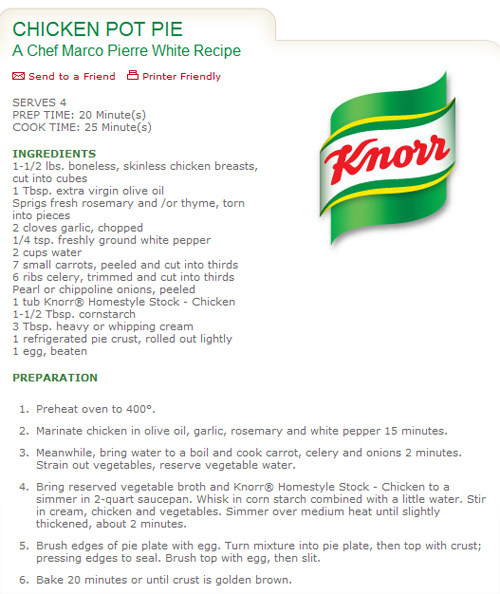 I started my prep by marinating the cubed chicken breast in a zipper style bag with some olive oil, chopped garlic, white pepper, and dried rosemary. I did a double batch of the original recipe, so I had 3 lbs of chicken, rather than 1 1/2 lbs. 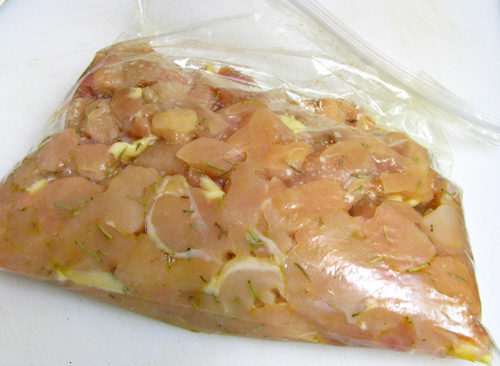 I chopped up some carrots, celery, onion, and potato. 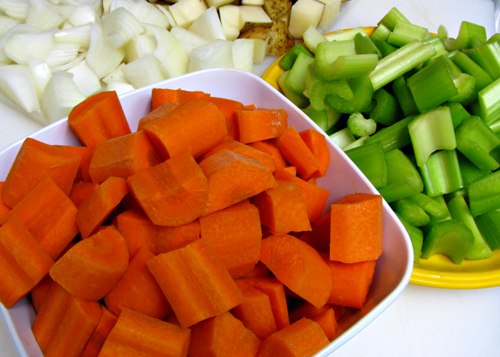 The vegetables were cooked in boiling water until tender-crisp. When they were done, I removed them from the pot with a slotted spoon, leaving the vegetable water in the pot. 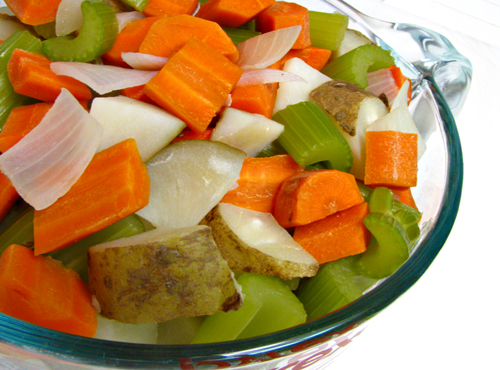 I added the Knorr Homestyle Stock (chicken flavor) to the vegetable water. I also cooked the chicken breasts in a frying pan until cooked through. 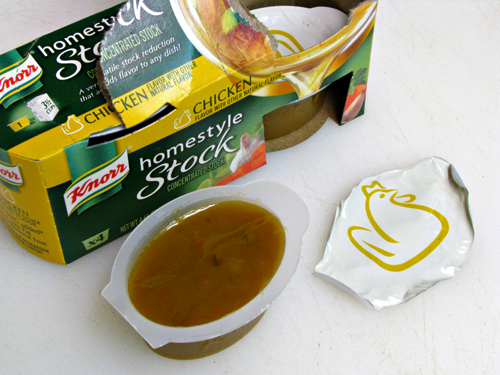 The original recipe had the mixture put into a pie plate. Since I doubled it, I decided to put it in a 13×9″ baking dish. To make a crust that would fit the 13×9″ baking dish, I used to refrigerated pie crusts. 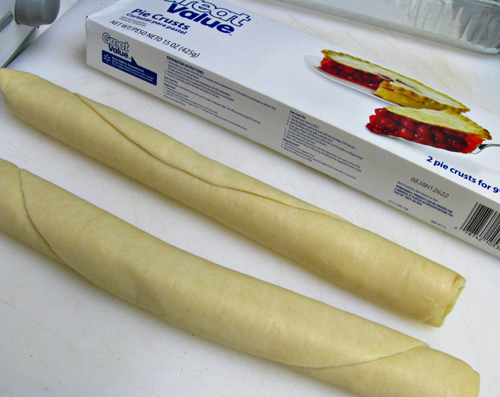 I unrolled one package of crusts (which contains two crusts), and smooshed together the edges of them to make one big crust. 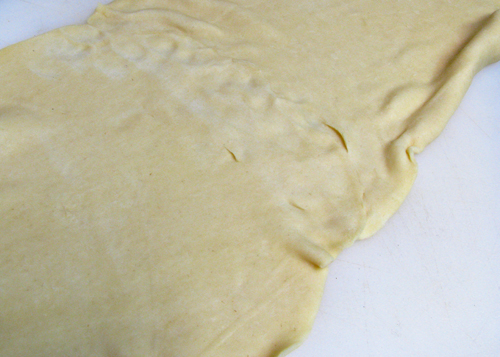 In my pot of vegetable water (that I have added the Knorr Homestyle Stock to), I also added a bit of cornstarch mixed with water which thickens everything to make a nice gravy-like consistency, plus I stirred in the the chicken and the carrot/celery mixture. The last item I added was the frozen peas, which I carefully folded in. This mixture was then poured into a greased 13×9″ baking dish. 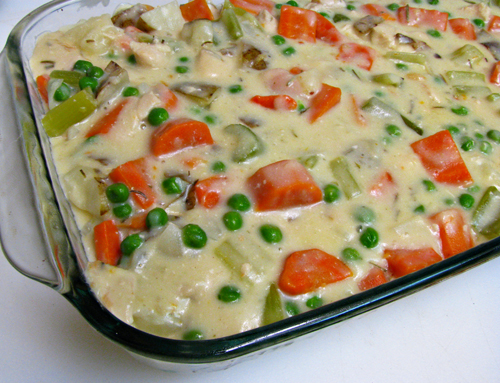 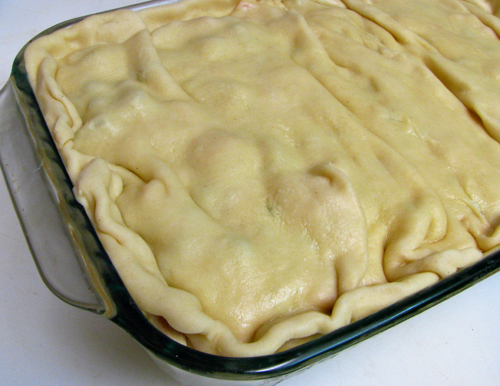 It it then baked in a 400 degree F oven for about 20-25 minutes, or until the crust is a nice golden brown. 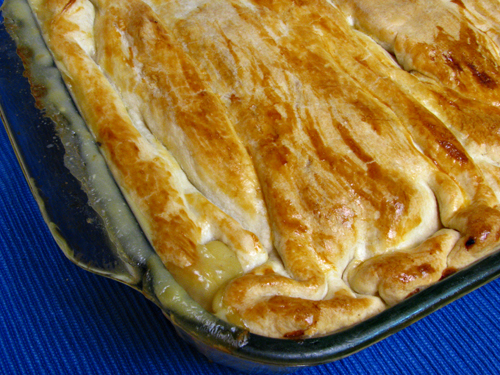 Allow to cool for about 10 minutes or so before serving. You now have a homemade chicken pot pie that is sure to please your family! Enjoy! 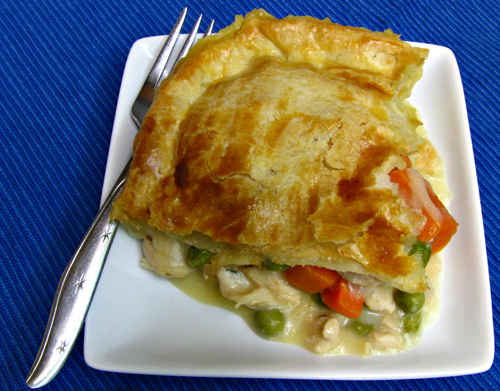 Here is my version of the original recipe. If you would like the orginal recipe, including nutritional information, you can find it here: CHICKEN POT PIE – A Chef Marco Pierre White Recipe

This #NewKnorrStock shop has been compensated as part of a social shopper insights study for Collective Bias #CBias — all opinions, as always, are 100% my own.