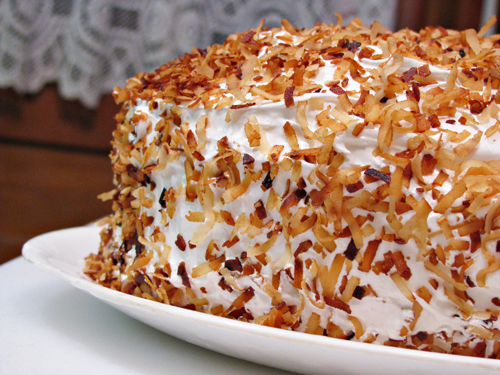 We were all sleeping. Mattie was almost 10 months old and he slept with us too, so he was snuggled between us. We lived in California, with David’s mom during that time. Somewhere between 7:05 – 7:15am, shortly after the first tower fell, David’s mom came into our room and woke us up. She was freaked out and said that planes had flown into the Twin Towers in New York City and that one had fallen. David and I turned on our TV and immediately started watching everything unfold for hours and hours. I just remember feeling terrified of what I was seeing. So scared for those experience it there. I remember crying, a lot. I was sick to my stomach. My heart was breaking for New York and especially those who had family and friends there. Or at the Pentagon. Or those on flight 93.

We went to lunch that day at John’s Incredible Pizza Company (a pizza buffet type restaurant in Victorville, CA) with my sister, Danielle. I remember feeling great guilt for going out to lunch. Do we cancel plans? I didn’t know how to act.

During any tragedy, big or small, my thoughts always tend to settle on those left behind. Moms, dads, wives, husbands, daughters, sons, grandparents, aunts, uncles, cousins…friends. Everyone. I don’t know how it feels, but I know I never want to feel it.

Marla at Family Fresh Cooking has asked us to join together and share a cake. A way to remember.

I didn’t bake a cake this weekend, but I have a cake recipe to share. A while back, I made the Fresh Coconut Cake in the April 2010 issue of Cooking Light magazine. I made it for no special reason other than wanting to make it for David because he loves coconut.

This was the first time I had made a coconut cake. I even attempted it with a fresh coconut the way the recipe includes it. I had a lot of difficulty with the shaving of the fresh coconut and finally threw it away. I ended up going with (the much easier) bagged coconut, which I toasted. I made the Italian meringue for the first time ever and that turned out wonderful, if I do say so myself. I’m still working on perfecting my cake making skills, but overall, it was pretty awesome.

I think sharing this cake today is a great choice because it was for David, the love of my life, which I hope I never have to live without. Most of the time when I bake, I cook for the entire family, and yes, while we all enjoyed it, it was something I made for him that wasn’t tied to a birthday or anniversary. It was made with him in mind. I cherish that I am able to do stuff like this for my husband and my kids. I know there is many who lost loved ones on this day in 2001 that wish they could do the same for their husband or children. My heart still breaks for them. And I won’t ever forget. 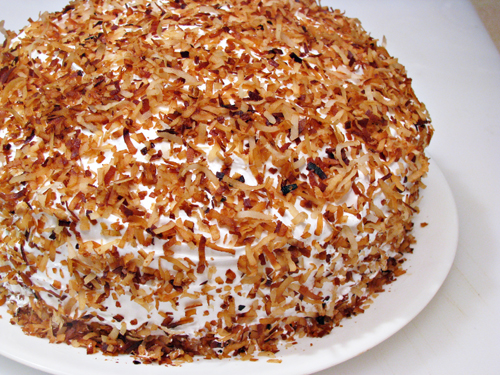 You can find the complete recipe here: Fresh Coconut Cake