The best of both worlds: cinnamon buns + donuts! This Glazed Cinnamon Bun Baked Donuts recipe is baked in the oven, includes two delicious icings and a cinnamon topping that will make you swoon! These are so good anytime, but especially wonderful with a cup of coffee or for serving to during a special breakfast or brunch.

My husband loves breakfast more than any other meal, but that doesn’t necessarily mean making everything from eggs to sausage to pancakes. I could make him a baked treat to go along with his coffee and he is the happiest guy in the world. One of his favorite things has always been baked treats with a hot cup of coffee. If a treat has cinnamon as the main flavor, even better. Coffee cakes, cinnamon rolls, donuts…you name it. Hand him over a cinnamon treat and he’ll call it the best day ever. 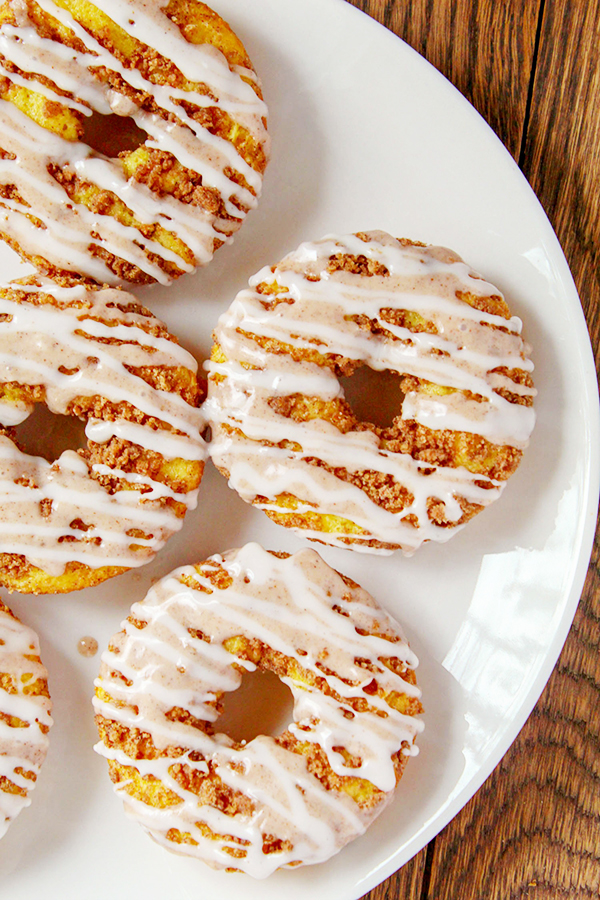 This Glazed Cinnamon Bun Baked Donuts recipe is exactly his style and I’m sure it will be yours too if you appreciate a great cinnamon treat. Making these are fairly simple, although there are several steps needed to achieve these delicious donuts. One thing you will definitely need is a donut pan for baking your donuts. If you don’t have one, this is a good one to have on hand: Wilton Nonstick 6-Cavity Donut Pan. It’s non-stick and inexpensive. If you would like to double this recipe and make more than 6 donuts at a time, I would recommend buying the 2-pack of donut pans. 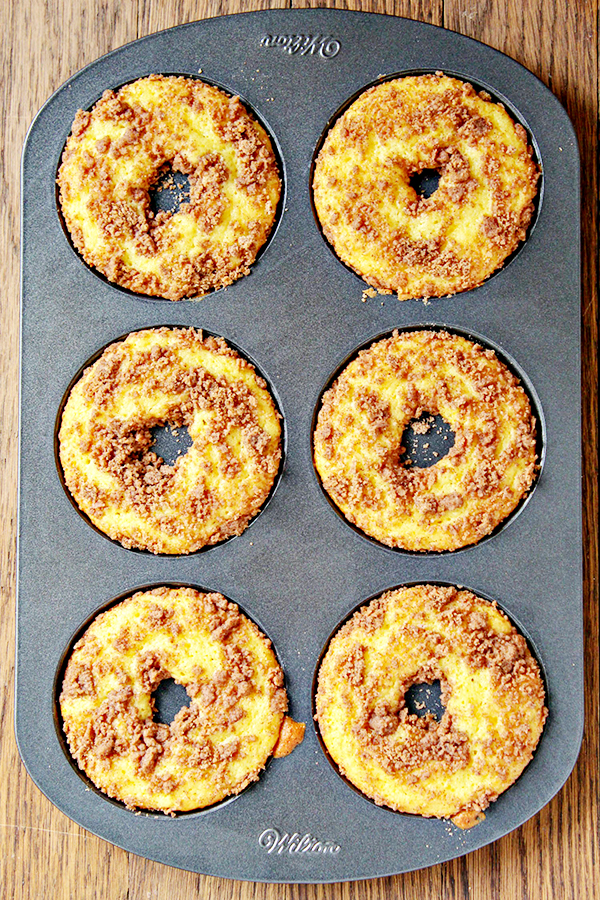 While the donuts are baking, you can mix up your icings. One icing would still make these Glazed Cinnamon Bun Baked Donuts awesome, but TWO icings?? That makes this AMAZING!

You’ll need two bowls — one for the white icing and one for the cinnamon icing. For both of them, you’ll mix up their ingredients in their bowl and set aside until you are ready to top the donuts. When you are ready, place each icing flavor it’s own zipper-style food storage bag and cut a tiny hole in the tip. Drizzle each icing over the donuts until it’s covered to your liking.

TIP: Don’t have food storage bags? Dipping the tines of a fork into the icing and drizzling the icing over the donuts also works. 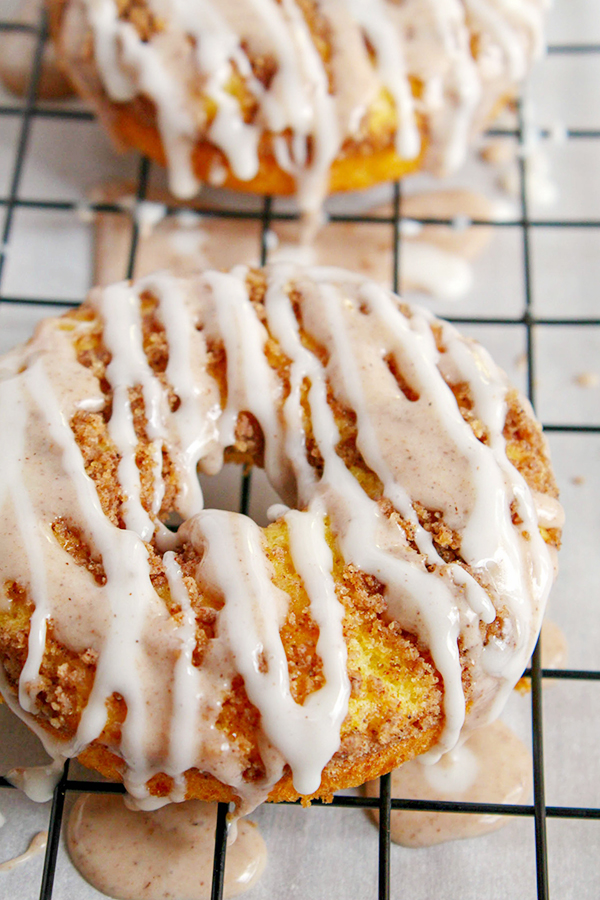 While it’s tempting to each the donuts right after adding the icing — and you totally could if you insist — we recommend allowing the icing to set for at least 10-20 minutes before serving. But once they have set…ENJOY! 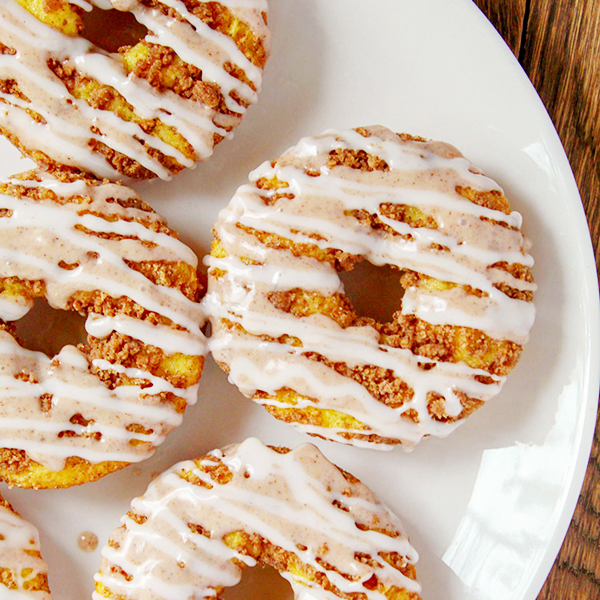 Here’s the full recipe to make your own Glazed Cinnamon Bun Baked Donuts. If you like this recipe, we’d love for you to share it on Facebook with your family and friends or pin it on Pinterest.

The best of both worlds: cinnamon buns + donuts! This Glazed Cinnamon Bun Baked Donuts recipe is baked in the oven, includes two delicious icings and a cinnamon topping that will make you swoon! These are so good anytime, but especially wonderful with a cup of coffee or for serving to during a special breakfast or brunch.