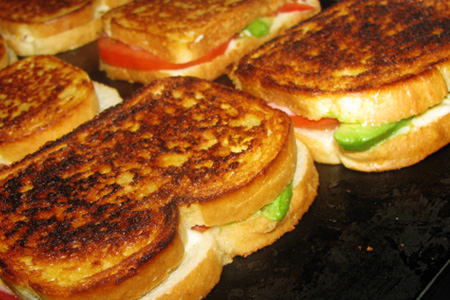 One of my favorite inexpensive “go to” dinners is Grilled Cheese and Soup, particularly in the winter. I know many people have this as a common lunch, but I first married, there wasn’t hardly a month that we didn’t plan at least one dinner of Grilled Cheese and Soup. It was a cheap comfort food, and one of the meals I could surely make well.

Anytime that we have a dinner like Grilled Cheese and Soup, it means that I am making them for several people at once. I do come from a big family, so I learned at a young age how to make a bunch of grilled cheese sandwiches with ease. The key is simple: be organized and have a system.

Here is how I make grilled cheese sandwiches for a crowd (I made 16 sandwiches tonight): 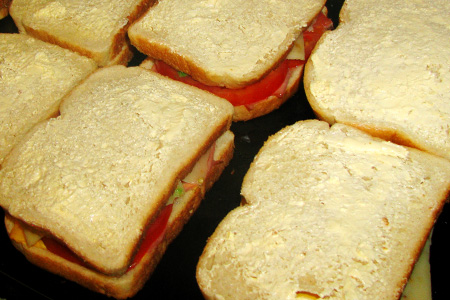 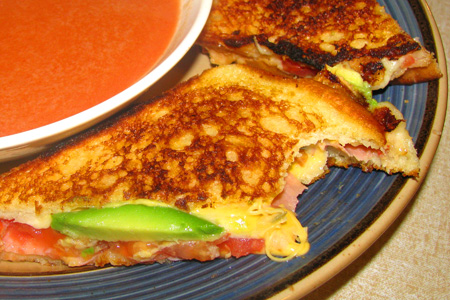 That’s it! If I have to do another batch, I do it the same way as I described above. Tonight, I made 16 sandwiches so it was done in two batches of eight.
449shares
Previous Post: « Crispy Triscuit Fish Tacos
Next Post: Rustic Two Potato Soup »