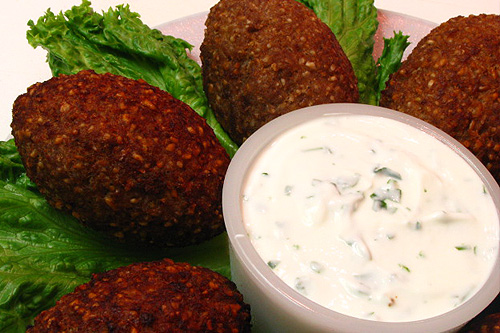 If you’ve followed my blog for any period of time you know that we’ve been trying all sorts of new things. We were tired of living in a rut, eating the same things all the time. I wanted to learn new cooking techniques and I wanted to stop being scared of trying new foods.

Recently, David and I were given a “buy one, get one free” coupon for the buffet at The Palms in Las Vegas. We’ve always wanted to go to The Palms so we decided to make a cheap date night with the coupon.

When we arrived at the buffet, I told David that I was going to eat some new dishes. Even things that I have never heard of. I mean, come on, what’s the fun of eating at a buffet if you don’t sample some of the foods you’ve never tried? I might have a hard time ordering unknown items on a menu, but if it’s right in front of me at a buffet…especially where I can sample just a tiny bit, why not?

Luckily, the buffet did offer several items that we had never tried, and most of them happened to be Lebanese. We have never had Lebanese dishes, so we stopped for a moment to see what looked good. One thing that particularly caught my eye was a deep fried, football shaped croquette. I looked at the sign near the food and it said “Kibbeh”. I’ve never heard of Kibbeh, so I had no idea what it was or what it was made of. We figured that something deep fried had to be pretty good, so we both selected one and place it on our plates.

At the table, we were pleasantly surprised to find a that these little “footballs” were filled with a tasty ground meat mixture. And they were really good! So good, in fact, that I jotted down the name “Kibbeh”, so I could remember to learn more about it later.

For round #2 of Project Food Blog, the challenge is to create a ethnic dish that is outside of our usual cooking. My thoughts immediately turned to Kibbeh. Could I recreate this dish? I’ve never cooked middle eastern foods, and, well, I find it a bit intimidating.

But, I gave it a shot, and I can tell you that I am SO happy that I did. I researched Kibbeh and the more I learned, the more I realized that I could do this. So, I bought the ingredients and got to work. 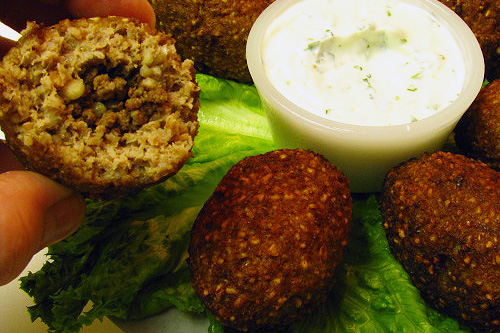 Here is how I made them:

1. In a bowl, soak the wheat for 30 minutes in cold water. Drain off water by lining a colander with cheesecloth or thin kitchen towel. Squeeze out excess water.

2. Heat olive oil in a pan over medium-high heat. Sauté the finely chopped onion and pine nuts. When onion is translucent and pine nuts are slightly browned, add 1 pound of meat. Cook, stirring often and breaking up the pies frequently. You want the meat to be tiny pieces. About halfway through your cooking, add 1/2 teaspoon salt, 1/2 teaspoon pepper, allspice, and cumin. Combine with meat. Cook until thoroughly browned. 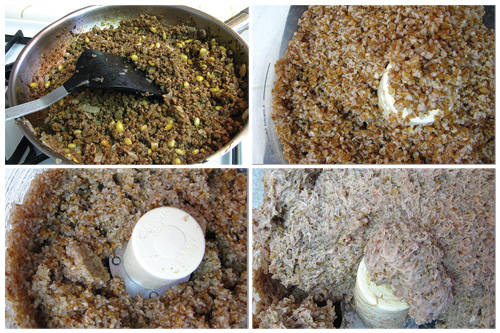 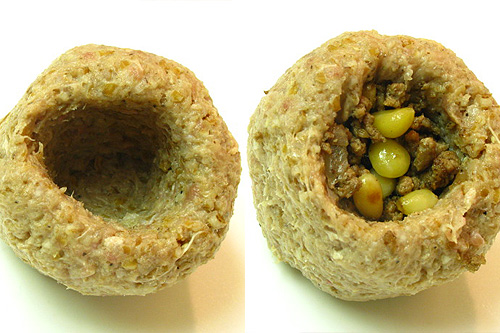 4. Take a small amount of the wheat/meat mixture (about the size of an egg), and shape into a oval. With your finger, create a hole in the middle of the mixture. Fill this hole with some of the cooked meat/pine nut mixture. Pinch together the opening so that it is sealed up and continue to gently shape so that it resembles a football. Repeat with remaining mixtures. 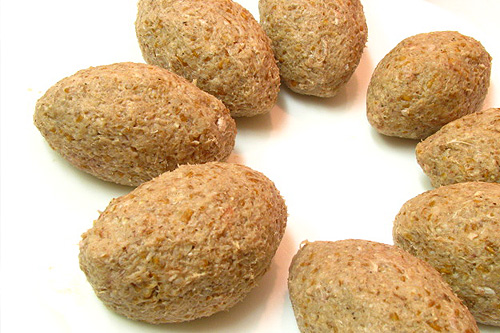 5. Heat vegetable oil in a pan to approximately 350 degrees F. Carefully place a few of your Kibbehs into the oil. Gently turn as needed so all sides can become a golden brown. When completely golden brown (about 5-10 minutes), remove carefully from the oil with a slotted spoon and allowed to drain and cool on a paper towel lined plate. 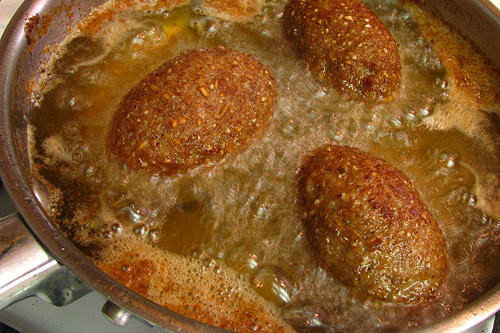 Here is my Kibbeh after I finished frying them: 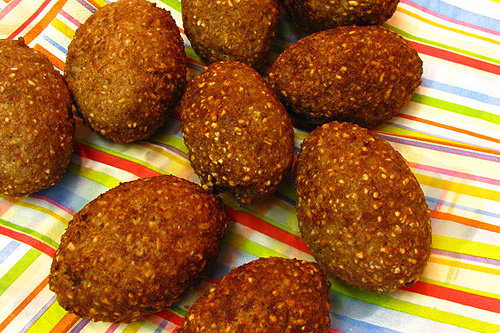 6. Serve as desired. Kibbeh’s can be a appetizer or a main course, they are also often accompanied with a yogurt dip which I made with a simple mixture of plain Greek yogurt, some minced cilantro and a bit of salt.

I hope you enjoyed learning about my adventures with Kibbeh. I’m definitely hooked on them and will be making it again (much to the delight of my husband who thinks these are perfect for eating while watching football).

I also hope that I have inspired you to step outside of your own comfort zone and try a food that might not be familiar to you and your kitchen. It’s good to try new things and you might be pleasantly surprised with what you find. 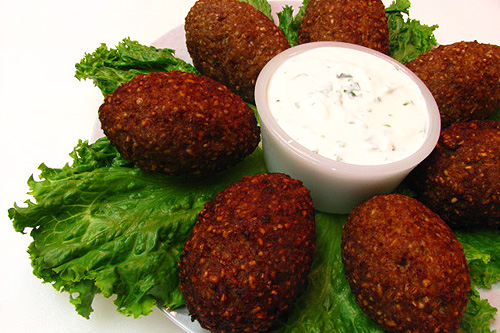