In this post, you’ll learn how to make Mini Cupcakes on a Stick for Valentine’s Day! Why? Because everything is better on a stick and mini cupcakes are no exception! 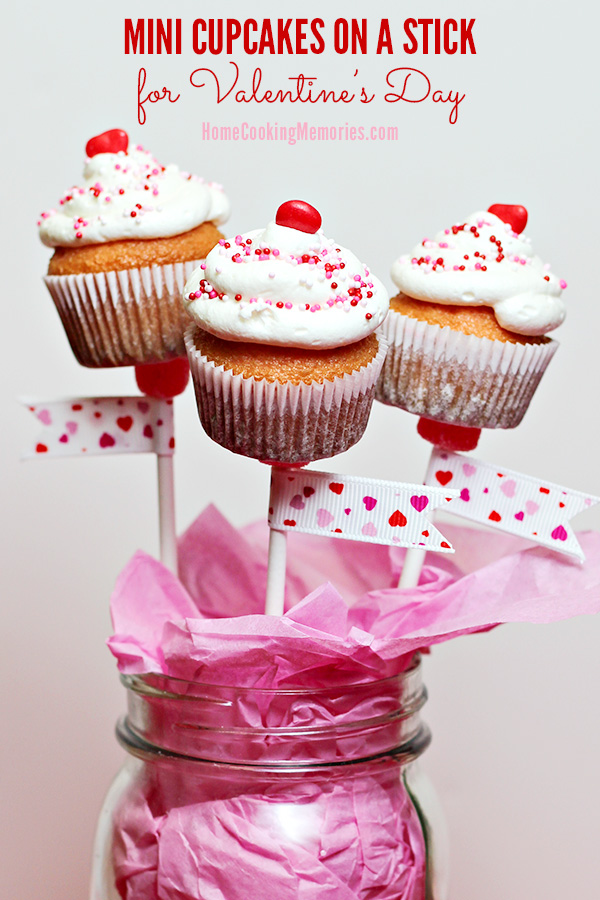 Disclosure:This content has been compensated as part of a social shopper insights study for Collective Bias® and Kraft Cool Whip.

With February in full swing, Valentine’s Day is on the mind of many couples in love. But I’m sure I’m not the only one who feels that you don’t have to have a holiday to tell you to celebrate love…you can celebrate it everyday and any day! These Mini Cupcakes on a Stick are a perfect everyday surprise for those you love.

How to Make Mini Cupcakes on a Stick

While I certainly make homemade cake batter and homemade frosting quite often,  I’m not opposed to using a boxed cake mix and prepared frosting to save on time. For my Mini Cupcakes on a Stick, I picked out a strawberry flavored cake mix and prepared it according the instructions on the box. I used mini white cupcake liners with a 1.25″ diameter. The cups were fill only about 1/2 way, to keep the cupcakes on the small side (and not too heavy for the stick). 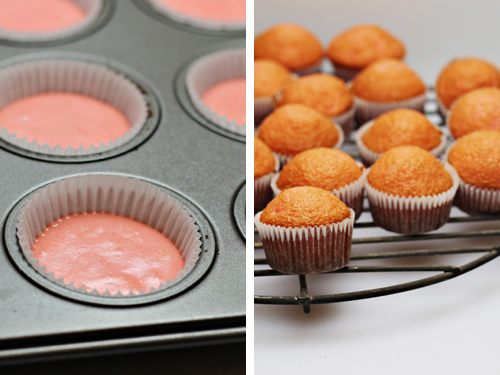 While the cupcakes are baking, cut gumdrops in half. Using 8″ lollipop sticks, insert the stick into the middle of one of the gumdrop pieces, with the cut side upwards. Slide the gumdrop down just a bit, so that the cut edge of the gumdrop is about 1 1/4″ from the end.

Note: After some trial and error, I realized that you really need something on the stick to help keep the cupcakes from sliding down. So, the gumdrop serves a “ledge”, which I was able to figure out after reading this post, which uses marshmallows or Dots candies. 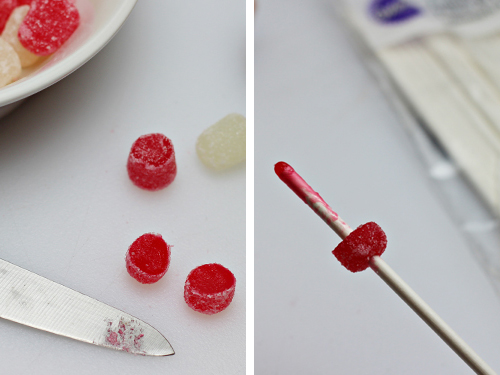 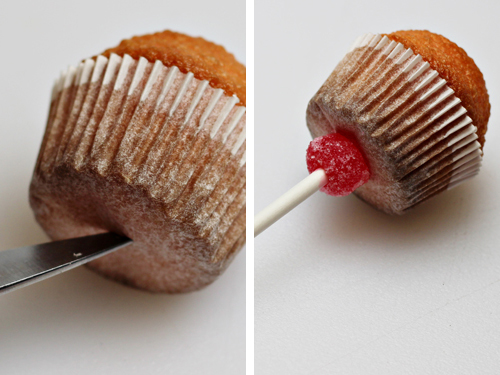 While this is completely optional, I wanted to dress up the sticks a bit. I found adhesive ribbon with a Valentine theme at Walmart in the scrapbooking craft section. I cut a 3-4″ piece of ribbon, removed the adhesive, and folded it right on the stick under the gumdrop. I used scissors to cut a triangle out of the end. If you wish, you can also tie a bow on the stick. 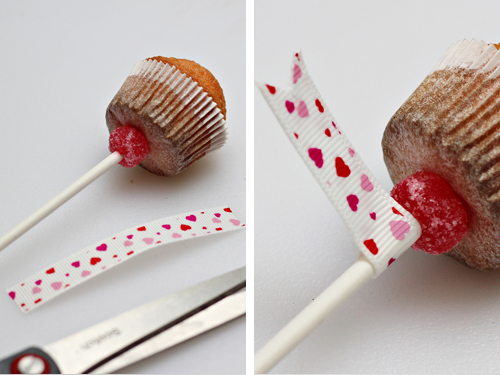 I created a temporary stand for my cupcakes by turning a shallow cardboard box (6″ tall or so) over and poking holes in it with a pair of scissors. 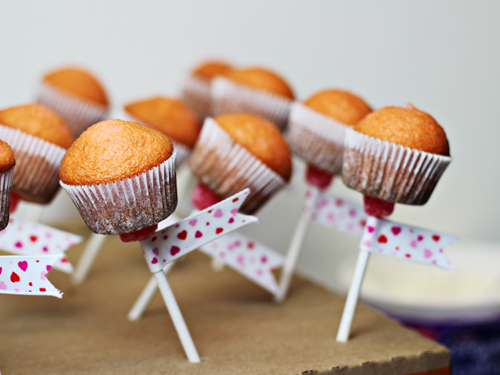 I used the new Cool Whip Frosting, which can be found in the freezer section of Walmart. I first tried Cool Whip Frosting (cream cheese flavor) on a pumpkin cake, so I didn’t hesitate to use it on our cupcakes on a stick. This time around, I used both the vanilla flavor. 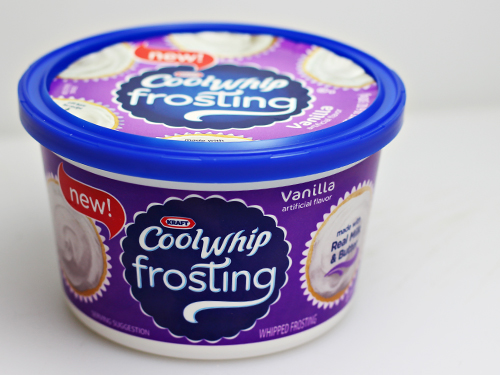 I filled up a pastry bag, which I fitted with a round size 12 tip, with the Cool Whip Frosting. 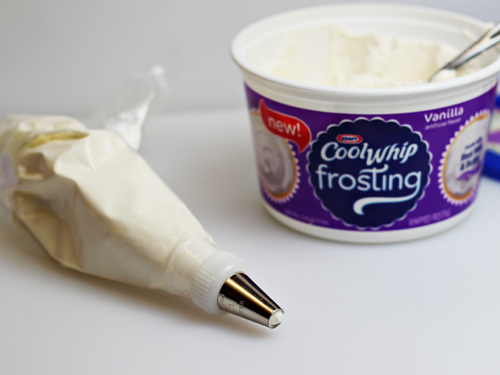 Each mini cupcake was frosted and sprinkled with nonpareils and topped with a tiny candy heart. 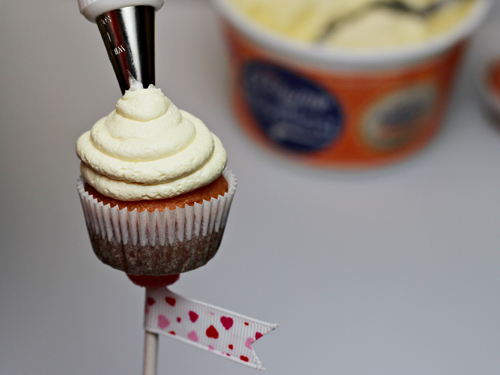 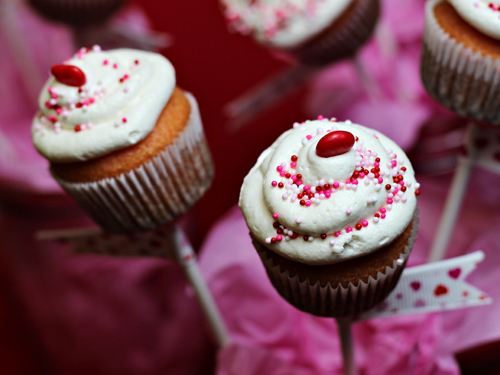 Because this was all about celebrating love everyday, as I gave each one of my family members their cupcake on a stick, I told them something that I’ve been loving about them lately.

For my youngest son, I told him that I love the way he’ll pick up items off of a grocery floor when they fall on the ground…even if he didn’t do it. Recently, a loaf of bread fell off the shelve while we’re on the aisle. An customer in a hurry swerved their cart around it, but Mattie stopped and picked it up, without being asked. I love that he does kind things like this. 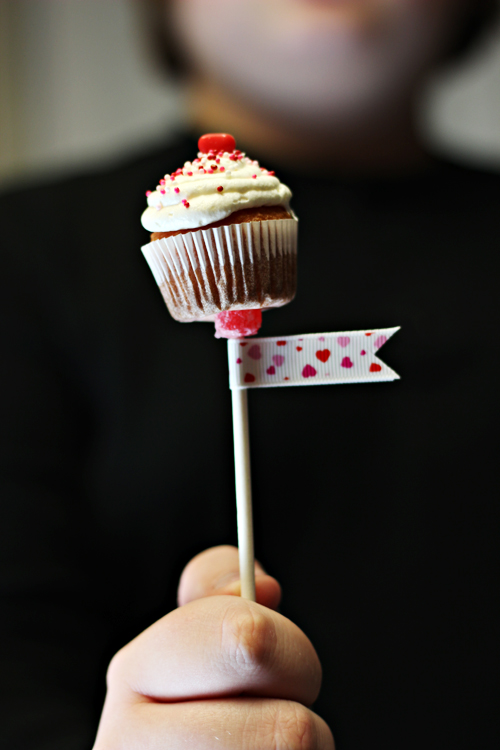 When I gave Courtney her mini cupcake on a stick, I told her that I love how she’s so willing to assist me in the kitchen — whether it’s with cooking dinner or helping me take food photos for my blog. 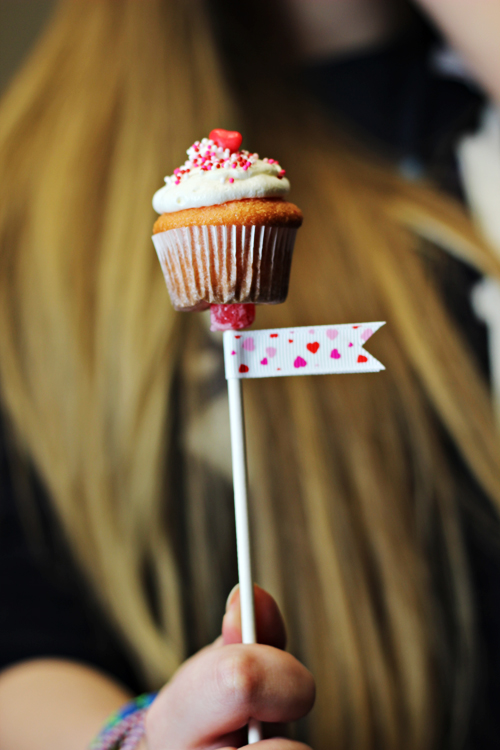 Of course, everyone LOVED the mini cupcakes on a stick, but my oldest daughter Instagrammed a photo of them and said: “My momma made cupcakes on sticks”. Reading that showed me how much they meant to her and, with that, everyday love came right back to me. Feels good.

In this post, you’ll learn how to make Mini Cupcakes on a Stick for Valentine’s Day! Why? Because everything is better on a stick and mini cupcakes are no exception! 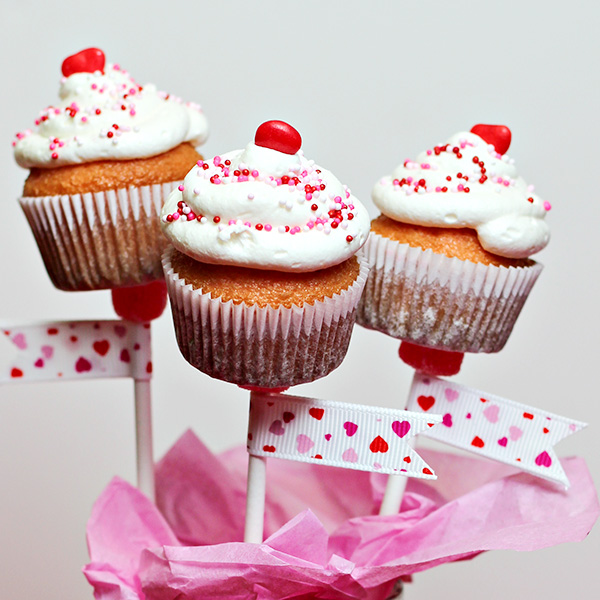