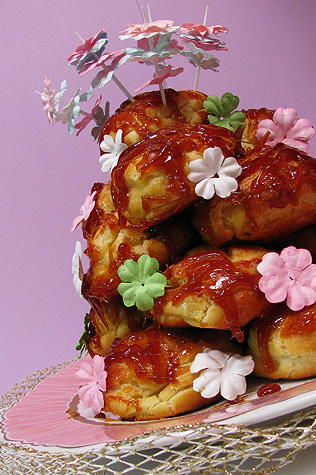 Someday, I’ll get a tattoo.

But for now, I will make a croquembouche.

The idea is that each group is given one challenge per month – a recipe that one of the members chooses. All members get the same recipe and you must follow the directions exactly.

The entire concept of The Daring Kitchen fits along well with my own personal goals of learning new things in the kitchen. So, I jumped in and joined both groups figuring this would be a great way to force myself to learn more and to step out of my comfort zone.

Little did I know that the first month of The Daring Bakers would be something that not only something I had never made, but I had also never heard of. Never, ever, heard of. I’m not even sure I’ve seen a photo of one (maybe…I don’t know). When I heard the we would be creating a Piece Montée, I froze and wondered, oh crap, what did I just get myself into?

But I did some research. Watched some videos. And before long, I felt like I had a good grasp on just what a Piece Montée was (it’s meaning is “mounted piece”). It’s also known as a Croquembouche which means “crunch in the mouth”.

So are you ready for the photos? Here is the photos of my Piece Montée and some thoughts on the process:

First, I made the Vanilla Crème Patissiere (the filling). It consists of whole milk (I haven’t bought whole milk in FOREVER), eggs, butter, vanilla and a bit of cornstarch. Here’s a photo of that in progress: 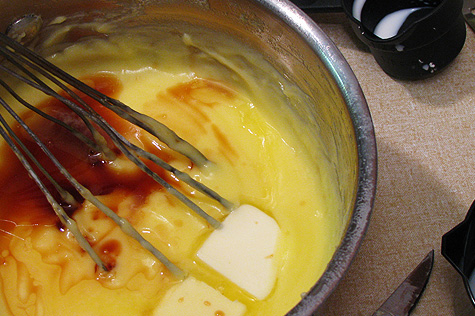 And, here it is finished, just before I put it in the refrigerator. I made this two days before I made my Piece Montée. Oh, and this stuff is SO good – I didn’t expect it to be quite as good as it was, but it was: 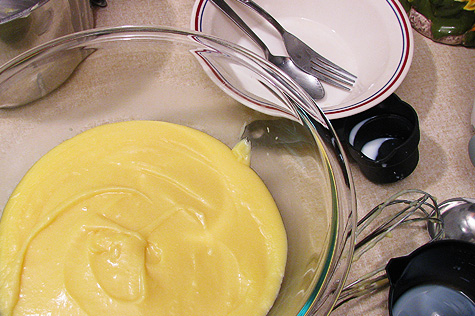 Two days after making the Vanilla Crème Patissiere, I made the Pâte à choux. This was my first time making it – and like the Croquembouche, I didn’t even know what a “Pâte à choux” was before this challenge (it’s a light pastery dough). I’ve heard of the things made with Pâte à choux, like eclairs, but I had never heard that they were made with such a a dough with such a fancy name. 😉 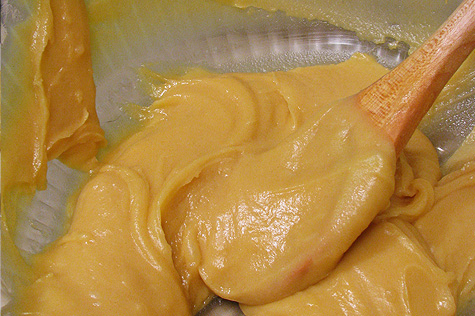 Then I piped my Pâte à choux on parchment-covered baking sheets, which was fun, although I definitely need more practice on piping skills. You know what my favorite part was? At the end, you press down on any little pointy part that you might have after piping. Don’t know why I found that part enjoyable, but I did. 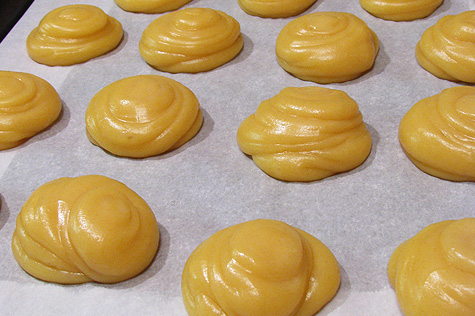 And here they are after baking. Maybe not the best, but not too shabby, huh? These were the ones that puffed up nicely. The other sheet didn’t do as well – they puffed up, but collapsed. Still need to figure out what made that happen (and I think next time I won’t bake both sheets together at the same time): 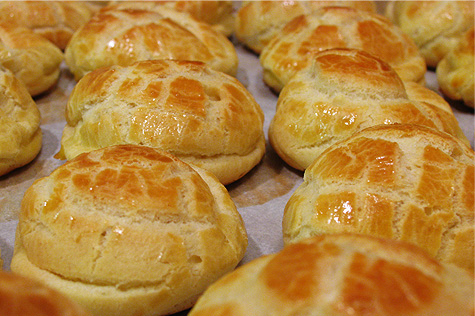 The next part was filling the puffs with my vanilla creme, which I didn’t take a photo of. But it involved a pastry bag with a tip and I fill each puff with the vanilla cream.

I also didn’t take photos of the the hard caramel glaze and the process of assembling the Piece Montée. I found myself getting very nervous with this part, trying to make the glaze without burning it – or burning myself. And, I was getting a bit frustrated trying to assemble the cream puffs in the way I pictured in my mind.

For those new to this, I created a hard caramel glaze (which I do think I cooked a bit too long) and then each puff was dipped into the glaze and this was the “glue” to make everything stick together.

Afterwards, I drizzled the remaining glaze over the entire Piece Montée. I think my drizzling skillz need a bit of work, it’s not as pretty as I would like it to be, but what’s done is done. I assembled it all on this plate that I picked up at TJ Maxx last year. I think I paid 50¢ for it, but haven’t used it yet. This seemed like a perfect use: 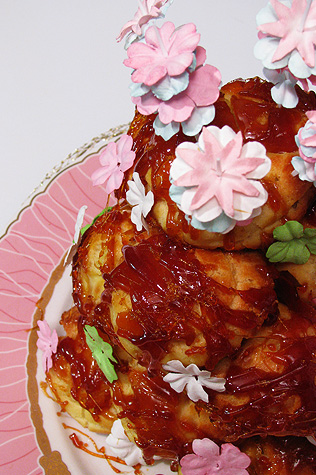 As you can see, I decorated it with some mini pastel paper flowers, which stuck easily to the glaze (even after it cooled). 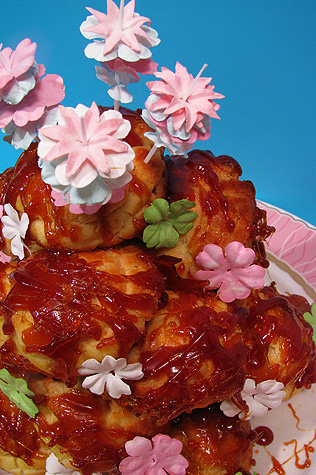 I skewered some of the same paper flowers with white plastic toothpicks and stuck them on the top. 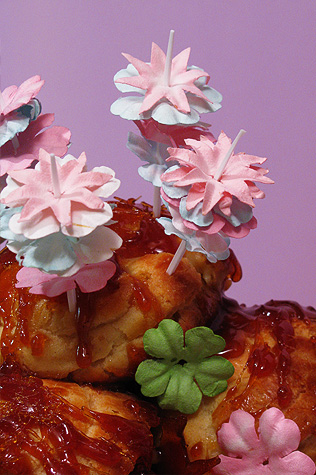 And, that’s my experience. I had a great time and I am SO glad that I did this. During the glaze and assembling, I started doubting myself and wondering why I even attempted it (I am now the proud owner of two burns on my fingers due to not being careful enough). Overall, I am pleased and even thought it didn’t turn out perfect, I think it’s still pretty good for a first time attempt. I am very proud of myself for doing it. I can’t wait for the next challenge! 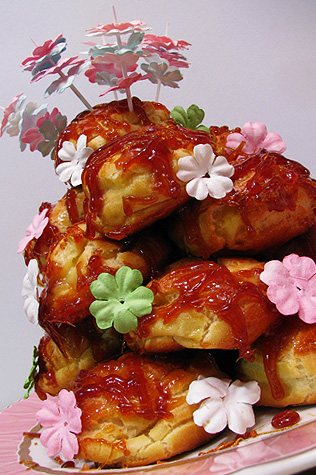 The May 2010 Daring Bakers’ challenge was hosted by Cat of Little Miss Cupcake. Cat challenged everyone to make a piece montée, or croquembouche, based on recipes from Peter Kump’s Baking School in Manhattan and Nick Malgieri.