This Homemade Pumpkin Marshmallows recipe is a must for marshmallow lovers who love pumpkin treats! Not only are these delicious by themselves, but they are amazing when added to a cup of hot chocolate or coffee. 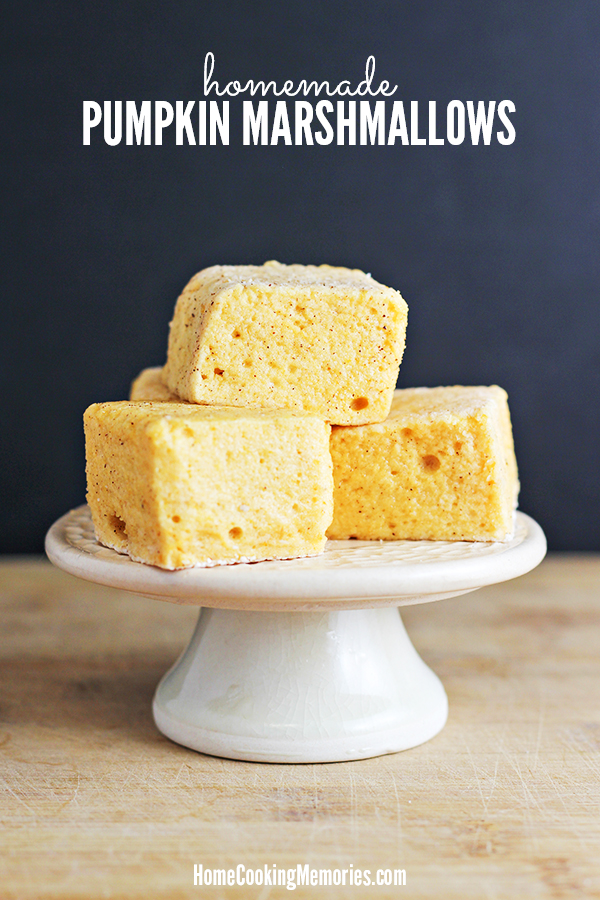 As soon as September rolls around, I’m eager to get started on some fall baking and cooking. My mind whirls with all the possibilities — there are so many great foods during the fall season. Guaranteed, you’ll find me using most of them in one way or another.

For my first fall treat of this year, I’ve decided to go with the all-star of fall: PUMPKIN! It’s always first on my mind when I think of fall recipes. I’ve also been wanting to make some fun fall flavored marshmallows, so I decide it was time to give Homemade Pumpkin Marshmallows a try. 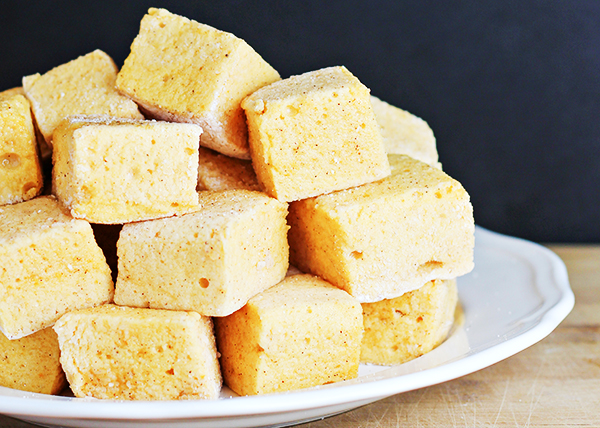 My pumpkin marshmallows have an ingredient that might surprise you: pumpkin coffee creamer. While you can definitely snack on these (we do!), popping one (or two??) of these into a cup of hot coffee or hot chocolate is pretty awesome. They would be a great gift idea too. 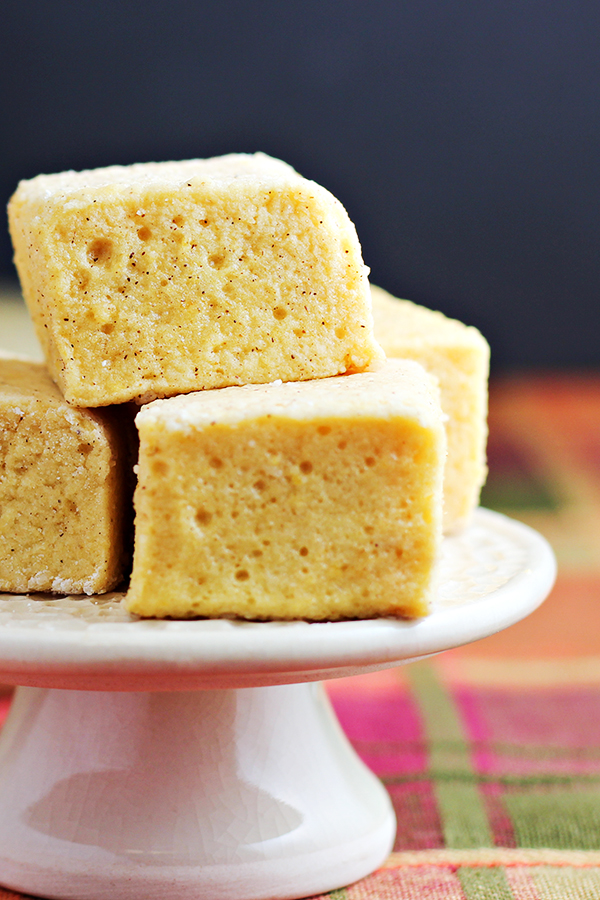 You’ll also find that I use canned pumpkin puree in this recipe. Not only does it add to the pumpkin flavor, but it gives these homemade marshmallows a nice pumpkin color.  The Homemade Pumpkin Marshmallows come out light and springy, but also have a creaminess to them.

To start, you’ll combine a bit of the creamer and the canned pumpkin in your stand mixer bowl. Give it a quick mix and then sprinkle the top of the mixture with the gelatin.

Note: I have the KitchenAid Tilt-Head Stand Mixer 5-Quart in Empire Red, which was a special gift from my dad. You don’t have to have a stand mixer, but it can be a major challenge to make homemade marshmallows with a hand mixer. 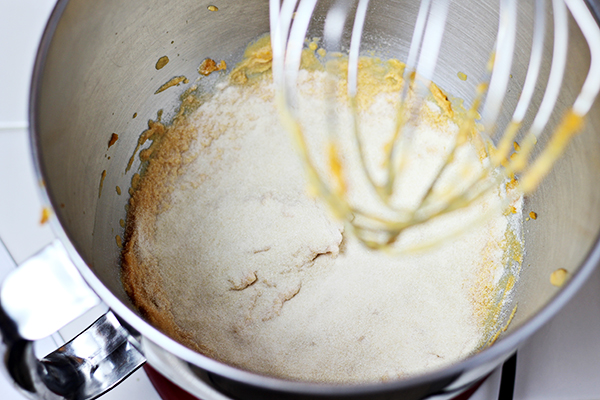 While the gelatin is softening on the pumpkin mixture, head to the stove to heat your sugar, corn syrup, and more creamer to 240 degrees F on a candy thermometer (and yes, a candy thermometer is a MUST). Be sure to use a pot that is deep enough – this is not the time to use a tiny saucepan. The mixture will bubble up as you see in this photo below and you don’t want it to overflow. 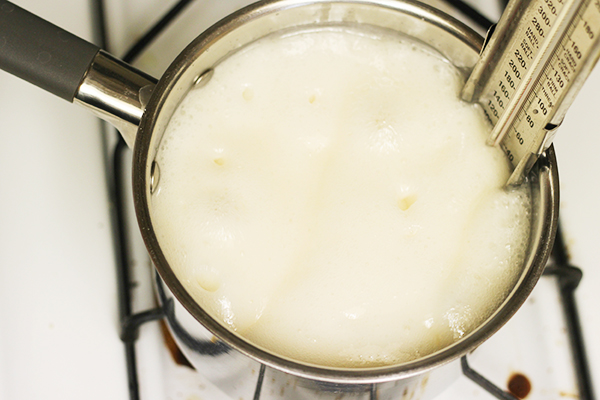 Your sugary syrup that you’ve created is combined with your pumpkin mixture. Everything is mixed for about 10 minutes or until it has tripled in size (or so). 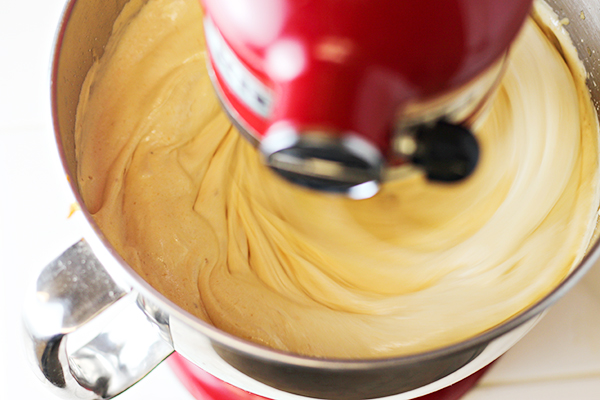 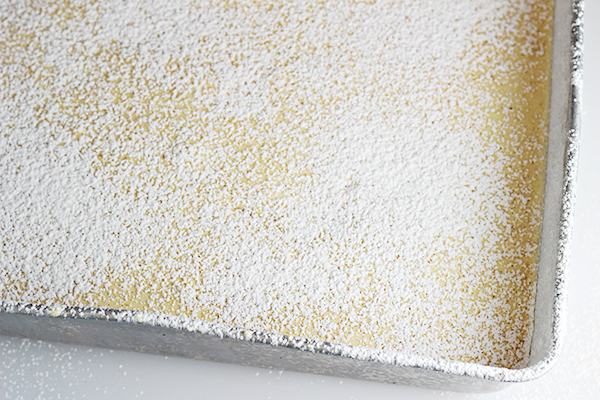 After resting for at least 4 hours (or overnight), the marshmallows are turned out onto a cutting board. Start by cutting the marshmallows into strips, and then into squares. I like the edges to dry out just a bit, so I let them sit uncovered for a short while. After this, you can toss each square in powdered sugar, if you wish. 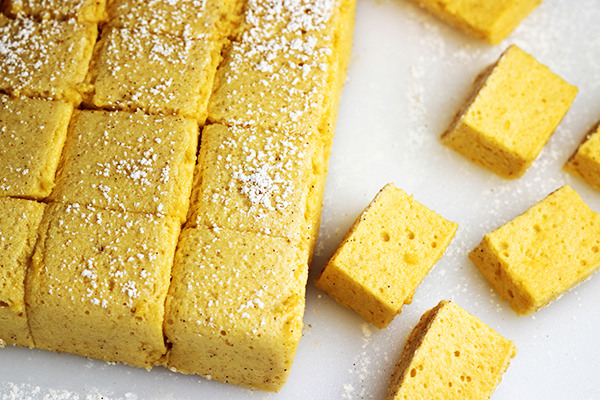 You now have pumpkin marshmallows! 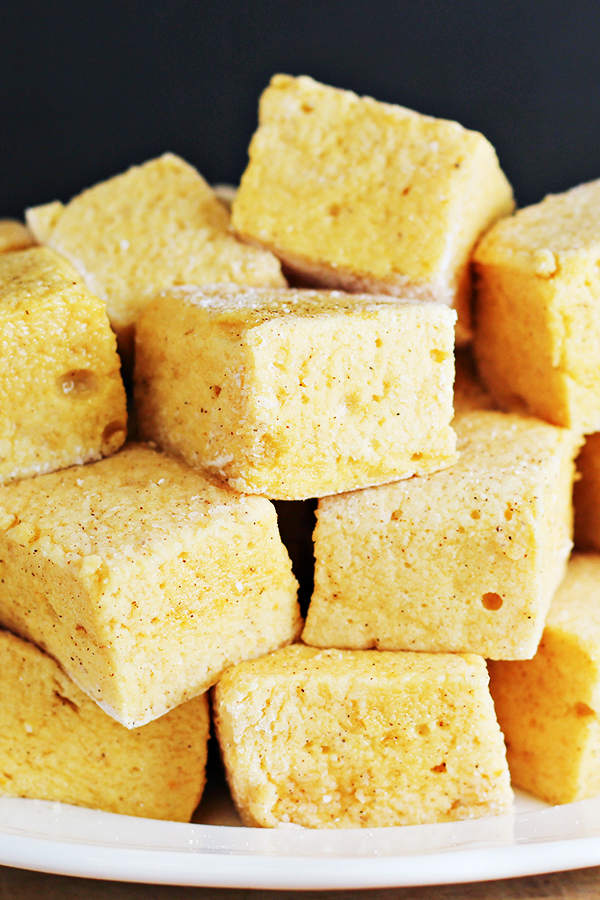 Here’s my full Homemade Pumpkin Marshmallows recipe which is ready for you to print. If you aren’t ready for it yet, be sure to save it to Pinterest so you can find it easily later.

This Homemade Pumpkin Marshmallows recipe is a must for marshmallow lovers who love pumpkin treats! Not only are these delicious by themselves, but they are amazing when added to a cup of hot chocolate or coffee.

–This recipe can be used with other flavored creamers if you wish. 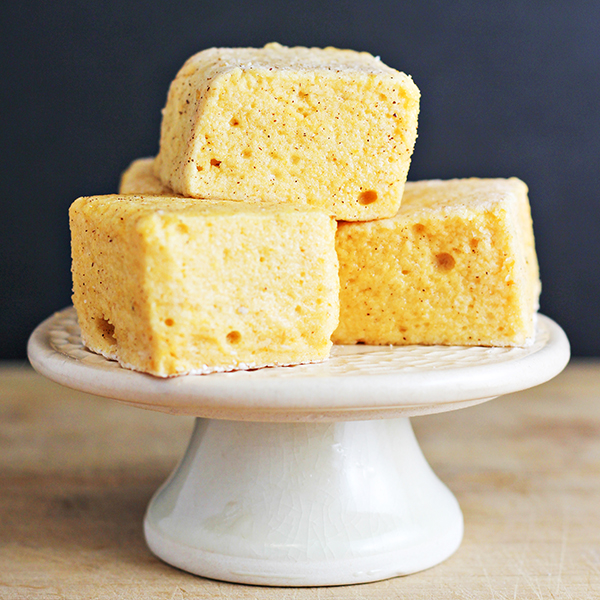 If you love Autumn like I do, you’ll want to check out the fall foods that the rest of the #SundaySupper food bloggers have created: 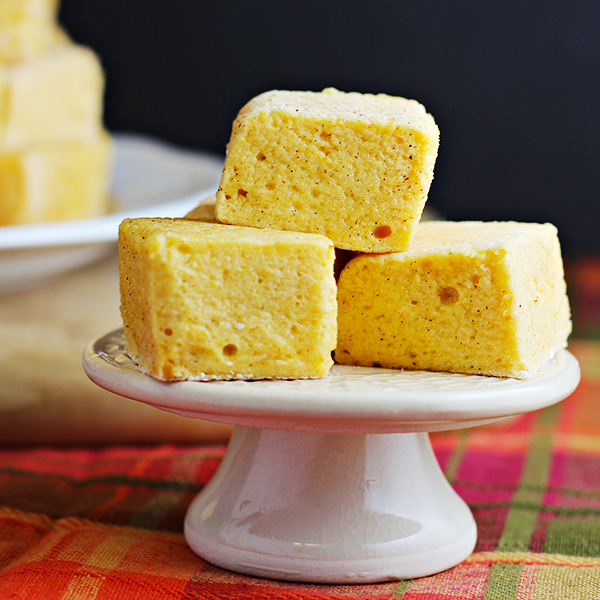