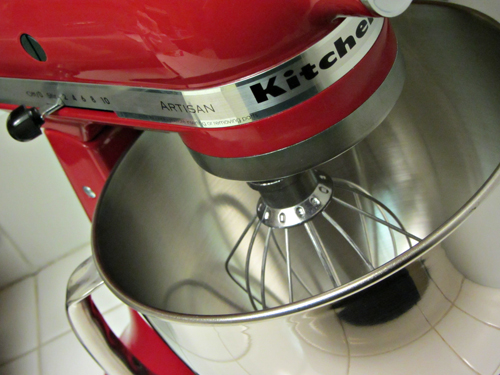 Every time I look at it on my counter top, I can’t believe that I actually own one, but it’s true…I do. I am the proud owner of a new, shiny red KitchenAid Stand Mixer!

This KitchenAid came to me as a complete surprise from my dad. Now, if you know my dad, you know that he is an extremely frugal person. He’s VERY careful about his purchases and not an impulsive buyer at all. This is completely out of the ordinary for him and so unexpected. We were talking on the phone one day and he asked me about things that I could use. I mentioned…hahahaha…a KitchenAid. I even added in that someday I’ll get one (and talked about all the food blog giveaways I enter for them).

My Dad asking me this question was NOT a hint. Maybe some of you would have picked up on this, but if you had my Dad…um, no. We chatted, got off the phone, and I didn’t think about it again. 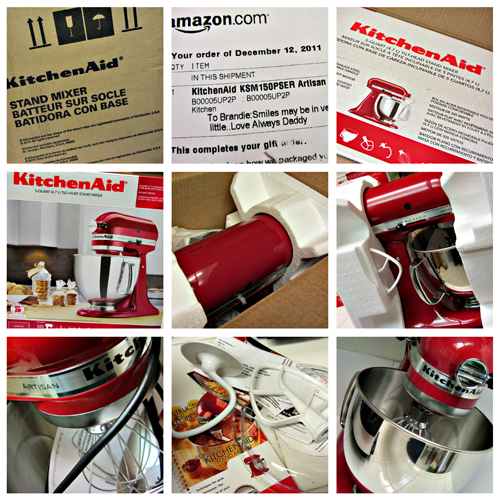 That is, until about a week or so later.

I woke up (late) and walked out to the kitchen. Immediately I noticed, sitting on my sofa, was a brown cardboard box with the words “KitchenAid” across it. I stood across the room, afraid to approach it. I asked the kids, “what’s that?”. They shrugged their shoulders and said that Lil David had brought it into the house when he left for work. I immediately called for my husband, who was outside trimming our bushes, and asked him if he knew anything about it. He looked just as puzzled as I did.

I opened the packaging slip and it was then that I realized that my Dad had bought it for me. I was shocked. The note included said that smiles might by in very short supply, but that maybe this would help a little. His note refers to my sister passing away just a few weeks before.

Of course, my dad was tracking the delivery and he called me as soon as he got home. I couldn’t thank him enough. I told him how surprised I was. He told me that he was thinking he would get me a KitchenAid sometime after he retired.  But, if my family has learned anything in the past (almost) 2 months is that don’t put things off. You don’t know what tomorrow holds. After talking with a friend, he decided that I could use it now for all my cooking and baking projects. 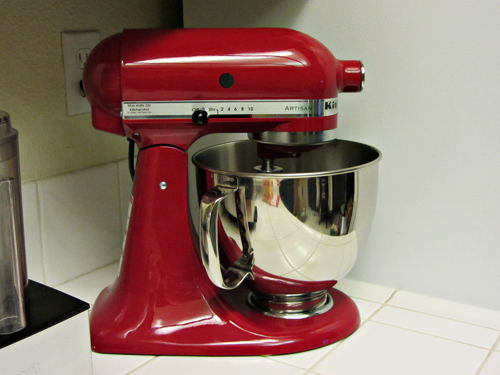 I made whipped cream in it for Christmas — oh wow! So much faster than my hand mixer! My current project: marshmallows! I’m trying something new that I hope I can get to work. I should be able to share those with you soon.

EDITED TO ADD: My dad suddenly passing away on January 23, 2012 — just over a month after receiving this gift. He even left a comment on this post (see below). You can read about his passing here: In Memory of my Dad