This Spiced Apple Moscow Mule cocktail recipe is made with vodka, apple cider, ginger beer, and a spiced simple syrup. A delightfully refreshing drink for fall.

It took a trip to Arkansas for me to finally try a Moscow Mule.

In October, I traveled to Arkansas for business. Toward the end of my trip, I joined some colleagues at a local gastropub for happy hour. 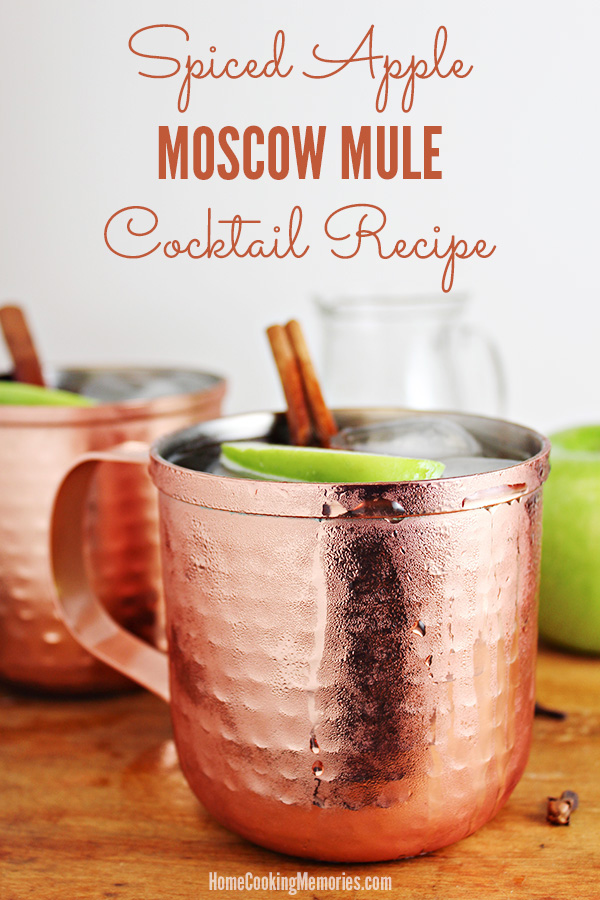 One of the happy hour specials was a Moscow Mule – something I had never tried. Several people at our table ordered one, and in copycat style, I went with one too. I really didn’t expect to enjoy it as much as I did, but it was so refreshing and delicious! Full of spicy ginger flavor.

Shortly after arriving home, David and I had bought the ingredients for making our own Moscow Mules–even copper mugs. He loves anything with the flavor of ginger, so he was a very willing participant. 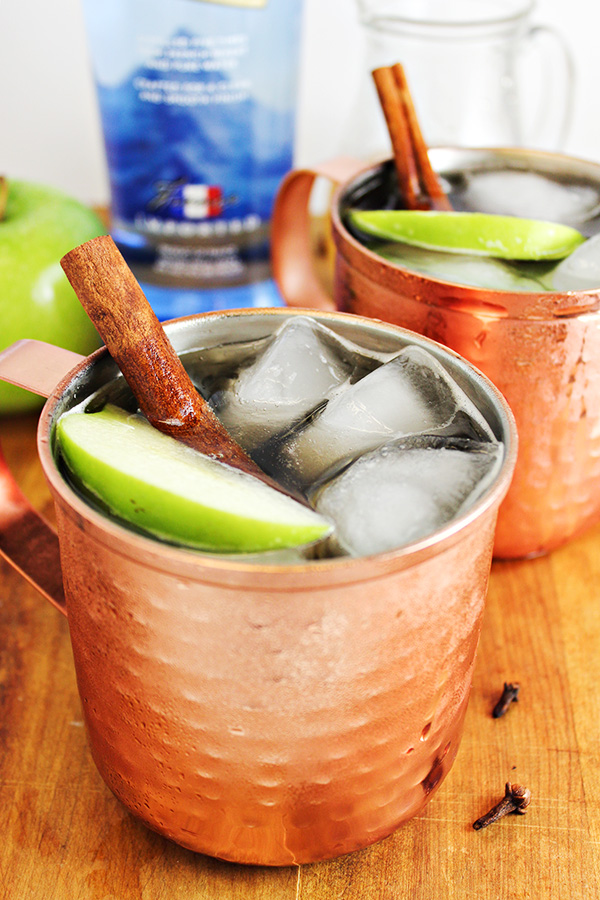 Now that we’ve enjoyed traditional Moscow Mules, I thought it would be fun to create a fall version. I did some Moscow Mule experimenting and it led to a delicious Spiced Apple Moscow Mule cocktail recipe that is perfect for autumn. 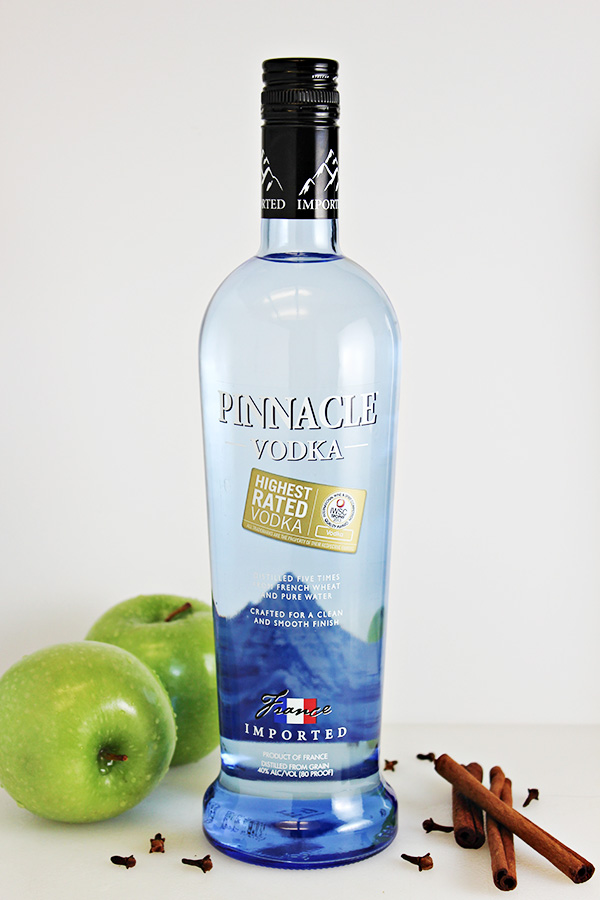 I used Original Pinnacle® Vodka for this cocktail recipe, there are LOTS of other Pinnacle® Vodka flavors–more than 40 different ones, including many seasonal varieties. The best part is that they are quite affordable, so you can pick up an extra bottle or two for your holiday drinks (like I did!). 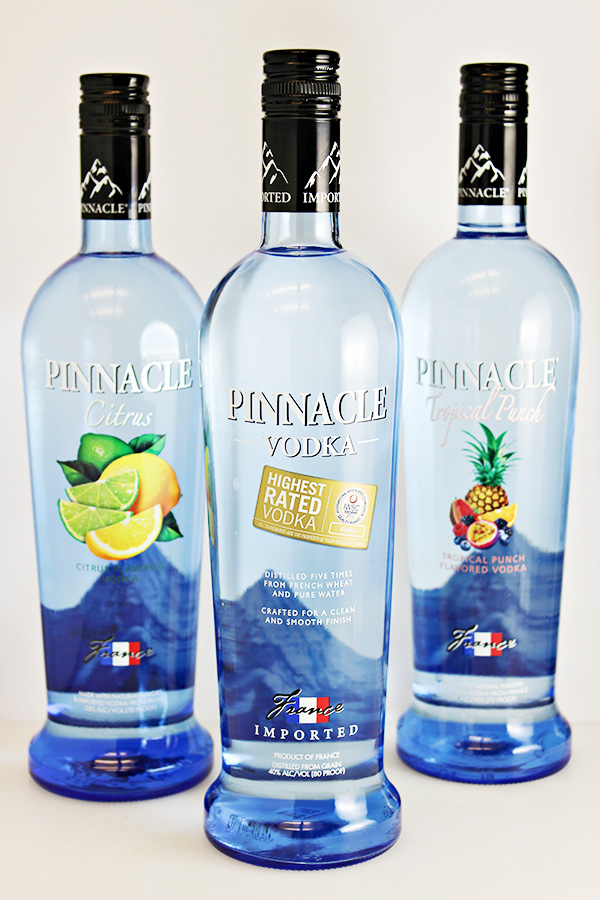 The first step in creating your Spiced Apple Moscow Mule cocktail recipe is to create a spiced simple syrup. To give this recipe plenty of spiced flavor, you’ll be simmering the syrup with cinnamon sticks and whole cloves. Oh, this stuff is GOOD.

Once your spiced simple syrup with cinnamon and cloves is fully cooled, you’re ready to craft your cocktails.

You’ll pour 2 ounces of Original Pinnacle® Vodka in a copper mug (or glass of your choice), followed by 2 ounces of apple cider and 1 ounce of your spiced simple syrup. Add ice, and then top off your drink with 4 to 6 ounces of ginger beer.

NOTE: I bought my copper mugs at Target. I love them, but I’m don’t think they have this exact design anymore, however, I did find this similar copper mug with a hammered design on Amazon with excellent reviews. 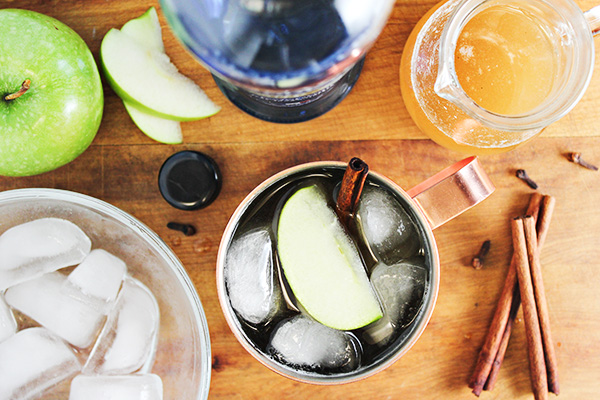 Give it a stir with a cinnamon stick, add a slice of apple for garnish, and your Spiced Apple Moscow Mule is ready to enjoy! 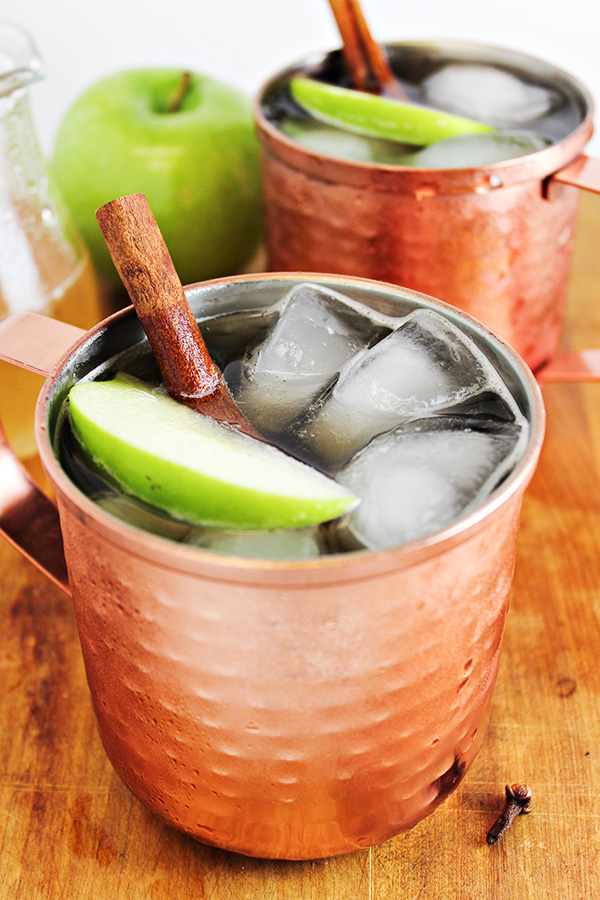 This Spiced Apple Moscow Mule cocktail recipe is made with vodka, apple cider, ginger beer, and a spiced simple syrup. A delightfully refreshing drink for fall. 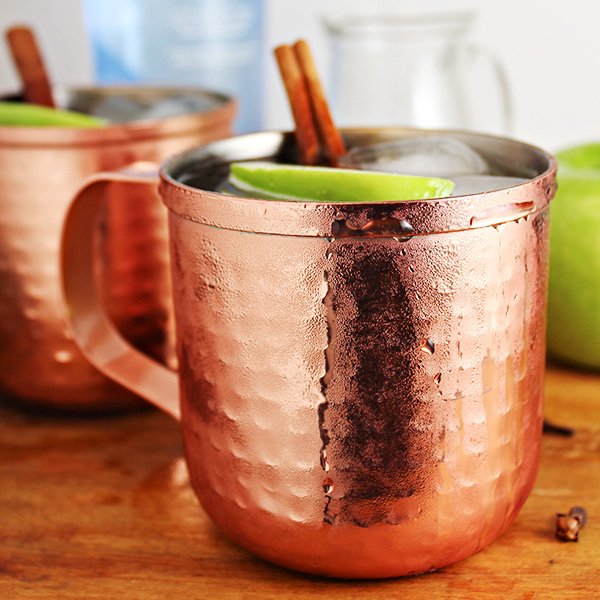 Pinnacle® Vodka shakes things up with unexpected experiences and delightful discoveries. Explore with other fun flavors at http://www.pinnaclevodka.com. 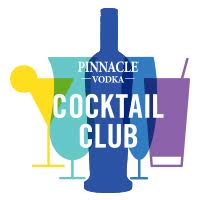 Pinnacle® is a registered trademark of Jim Beam Brands Co., and is used with permission. This is a sponsored partnership with Pinnacle® Vodka. The information, comments, and ideas expressed on this website are those of the author and do not necessarily reflect the opinions or positions of Jim Beam Brands Co., its affiliated companies, or any of its directors or employees.