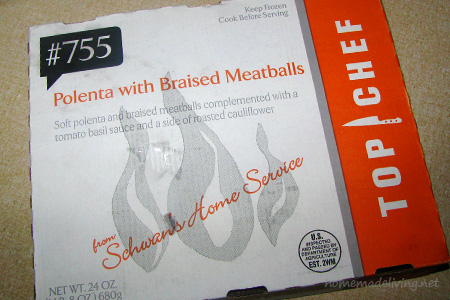 I am a huge reality TV show fan. I will admit that I like some pretty bad ones, but there’s some great ones that I love too. Like Top Chef. I’ve been a Top Chef fan since season 3 when I actually decided to watch the premiere episode after constantly hearing friends rave about the previous seasons.

I didn’t watch it before then because I thought it would be way over my head. Most of the dishes they make are either 1) something I’ve never heard of or 2) includes ingredients I’ve never heard of. But once I started watching I was hooked. I immediately started learning about new ingredients and learning things like what Tuna Tartare is. It’s not uncommon for me to watch an episode and then head to Google to find out more information on the various dishes, ingredients, and techniques. Top Chef is where I learned that a truffle isn’t just decadent chocolate treat (thank you Top Chef).

It’s been a little while since Top Chef Las Vegas – Season 6 ended, but recently David and I finally did something that we had been saying we would do – we ate one of the Top Chef dinners from Schwan’s delivery.

I do suppose the thought of eating one of these frozen meals – no matter how connected to Top Chef they might be – is enough to make a lot of people cringe. Well, honestly, I am not one of those people. We don’t eat much convenience frozen foods, but we do on occasion. I would agree that these meals seem a bit un-Top Chef-ish, that the concept seems like something I would more likely see on Food Networks Next Food Network Star, but I was still interested in trying it out.

Picking our meal wasn’t hard. David and I were both fans of Kevin Gillespie of Woodfire Grill in Atlanta, GA. His dish was the winner of the quickfire challenge: Polenta with Braised Meatballs, which seemed to be our type of meal. 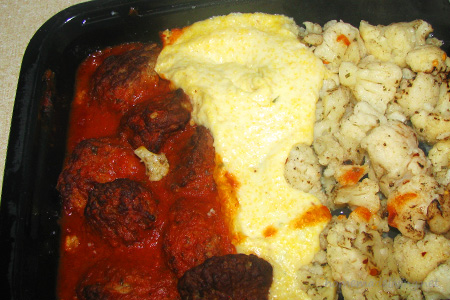 My thoughts on it: Overall, it was a pretty good frozen meal and we had no major complaints. Of course, you are going into it knowing that it’s a frozen meal.

My favorite part was the polenta, it was my first time having it and I thought it was quite delicious. I’ve never had freshly cooked polenta, so who knows? Maybe it was nothing compared to that. But if this frozen polenta was this good, I can only think that how wonderful a fresh batch would be!

The meatballs were tasty, although I found myself wishing that there was a bit more of the sauce.

My only real complaint is that the roasted cauliflower was a bit too tender. I love roasted cauliflower, but I really don’t think it can be frozen and then reheated successfully. Maybe someone can do it, but it just seems to me that it wouldn’t be a good match.

So, not a bad experience. We spent about $12 on our meal and David and I split the entire things between the two of us. I don’t regret getting it, but mainly because I just wanted to say that I did try it. I can say that I won’t order it again, but it’s not because of the taste, but just because I would rather try to make something like this myself, rather than buying a frozen meal.

I haven’t heard about many other people trying these Top Chef Meals from Schwan’s. Have you? I’d love to hear your thoughts.