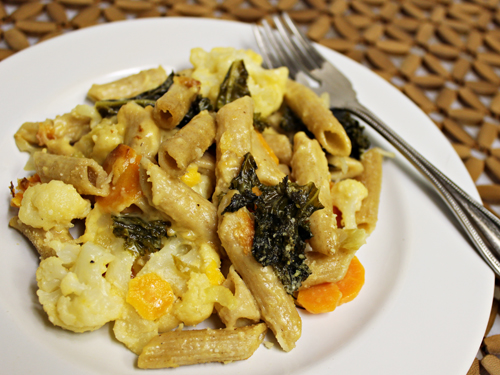 I’ve heard a lot about how good kale is for you, but other than making kale chips once or twice, I have no experience with it.  I spotted this recipe in the January 2012 issue of Better Homes and Garden and I liked that it included kale. It seemed that with the cheese and pasta (very similar to my own macaroni and cheese recipe), this might be a great way of introducing kale to the kids as part of an actual dinner.  The question was: would they like it?

This recipe consists of cooking your pasta and also the vegetables. The original called for corn and peas, but, while we do enjoy both, I thought it was a bit unnecessary in this dish. You also make a cheese sauce for this, just like I do for our homemade mac & cheese, except there is much less used. Also, with the addition of all the vegetables, you can get away with less pasta in this dish.

I made a batch of this the other day and I’m happy to report that not only did they like it, but it was such a hit that this will definitely be going into our regular menu rotation. Mattie did ask what the “green stuff” was, I told him it was kale and reminded him of the kale chips we had a while back. He remembered and was totally cool with it. Every single person in our house liked this and while we had leftovers, those were eaten the very next day too.

Here’s how I made it, which is slightly different than the original. 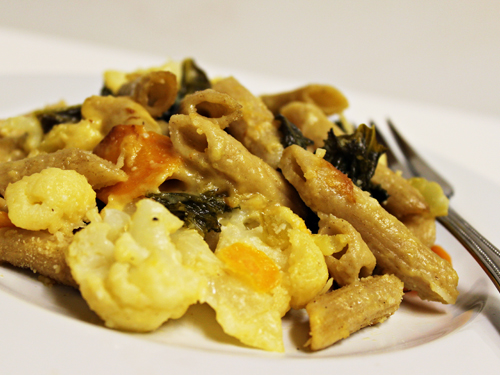