This Chicken Cordon Bleu Burgers recipe is a quick and easy dinner idea inspired by the traditional dish of the same name. 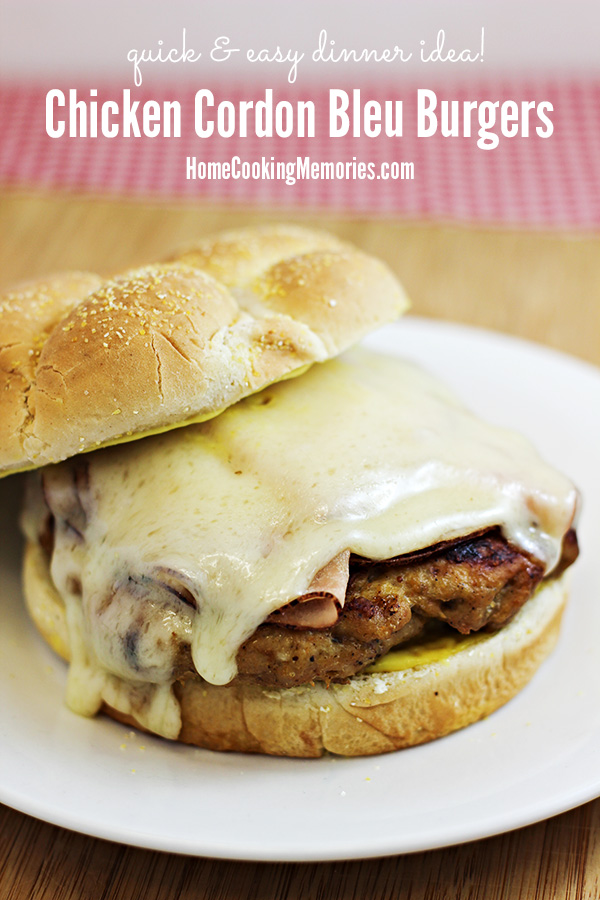 Growing up in Southern California, Sizzler was a casual restaurant that we visited more than most others. Many of those visits were when David and I were dating and in the early years of our marriage. It was a restaurant with entrees like steak & shrimp, and chicken, and burgers. And, sometimes, they would do a promotion for steak and all-you-can-eat-shrimp, which my Dad was in heaven with.

The part I liked was the Buffet Court. As if the entree wasn’t enough (it was), you could add the Buffet Court to your entree or you could order it alone as your meal. It has a full salad bar, but it also had other food bars, like a taco and nacho bar, a dessert bar, and a pasta bar. My go-to was always their potato wedges, which I would top with cheese sauce and sliced olives. I also picked their little mini corn fritters…every single time.

Just recently, a Sizzler promotional video surfaced online that was designed to sell franchises. It’s a long video — and oddly patriotic. But even just watching a bit of it will show you some MAJOR corniness and SOOOO much big hair. You’ve been warned.

My entree of choice, on almost every visit, was their Malibu Chicken. It was a round, breaded chicken patty, topped with sliced ham and melted swiss cheese. It was always served with a mustard dip. Back then, I never realized that this meal was actually a play on Chicken Cordon Bleu. A much more simple Chicken Cordon Bleu. I had never had it growing up or in the early years of our marriage, so I was clueless to this. All I knew was that I loved the combination of the chicken, with the ham and swiss.

Over the years, I’ve made actual Chicken Cordon Bleu (chicken rolled around ham and swiss, breaded, and fried), but more often than not, I take a much easier route. I usually make it with a whole chicken breast, giving it the name Malibu Chicken, as my favorite Sizzler entree was called. I’ve also made other versions, such as my Malibu Chicken Tortilla Pinwheels.

One of our newest favorites is the one I’m sharing today: Chicken Cordon Bleu Burgers. The patties are made from ground chicken and then, after cooking, you top with sliced ham and swiss cheese. 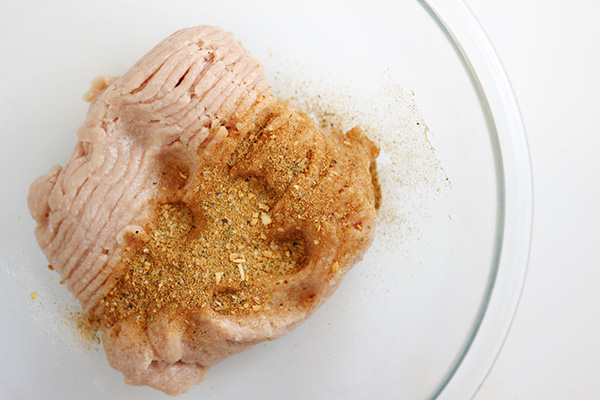 They are simple to make — much easier than making Chicken Cordon Bleu — but with the same flavors. I even serve them with a mustard spread that is almost exactly like the mustard dip that is served with the Malibu Chicken entree at Sizzler. 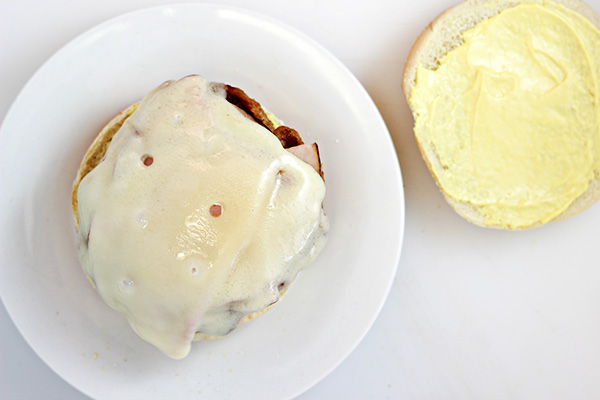 These burgers have easily become one of my favorites and they will no doubt continue to make regular appearances on our menu plan. I hope you enjoy this recipe — let me know what you think in the comment area below. And if you have memories of Sizzler, I would love to hear those too!

This Chicken Cordon Bleu Burgers recipe is a quick and easy dinner idea inspired by the traditional dish of the same name. 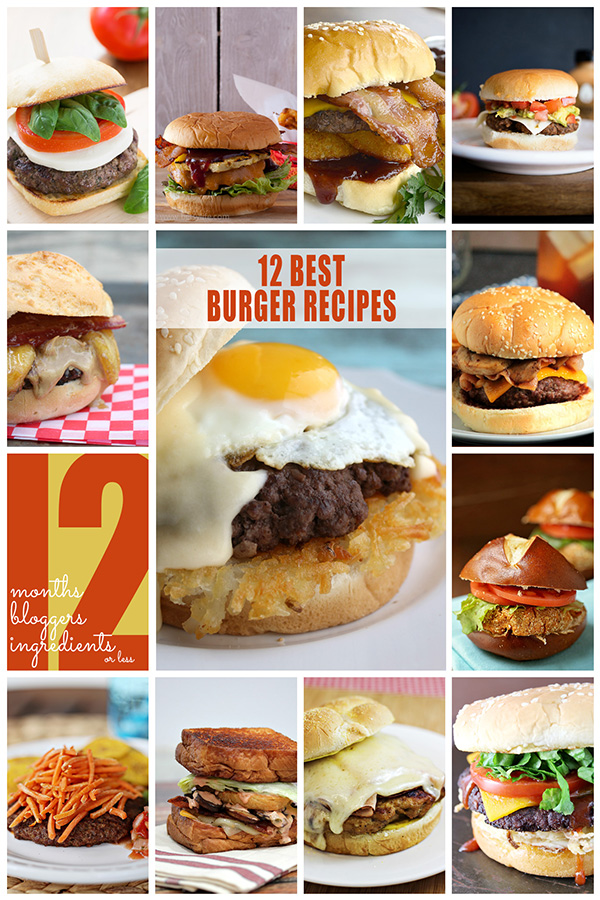 My Chicken Cordon Bleu Burgers are  my contribution to this months #12Bloggers Event that happens on the 12th of every month. It includes myself and 11 blogging friends and we all create recipes around a common theme — all of the recipes have 12 ingredients or less too. This months theme is Burger Recipes — here are the links to all of the others great burger recipes: 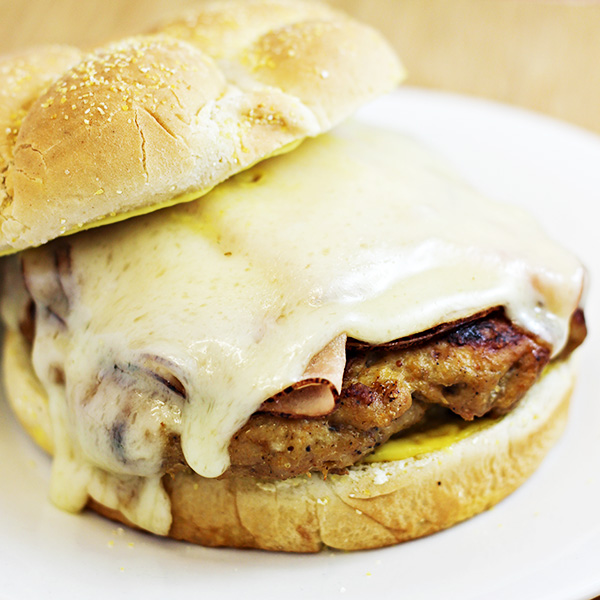