Malibu Chicken Tortilla Pinwheels are a fun lunch idea, inspired by a chicken entree at Sizzler restaurants. These are a great alternative to traditional sandwiches, but also perfect as party food. 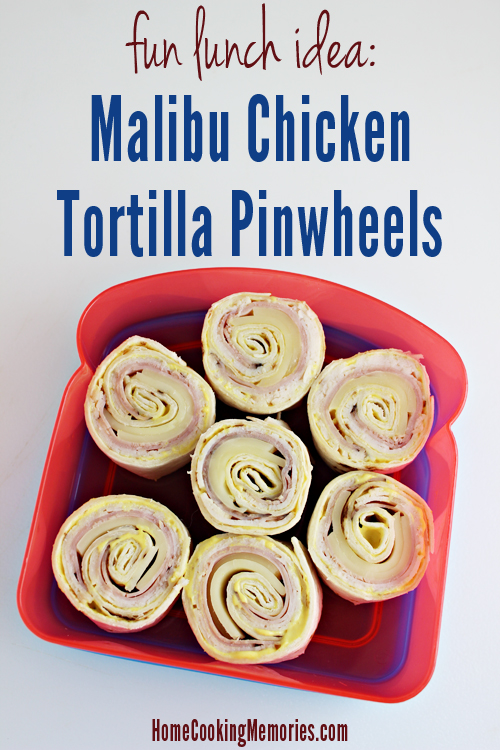 Even thought it’s back-to-school time, don’t make it back-to-boring lunch time. With with a little bit of planning, you can pack school lunches that are delicious AND fun!  Today, my fellow #SundaySupper food blogging friends and I are sharing lots of lunchbox ideas. While they are perfect for kids who take a packed lunch to school, they really work well for anyone who packs lunch for work or other reasons.

My contribution to our lunchbox #SundaySupper is Malibu Chicken Tortilla Pinwheels. The inspiration for these came from one of my favorite entrees at Sizzler restaurant. When David and I were dating, and in the early years of our marriage, we ate at Sizzler quite a bit. More often than not, I would order their Malibu Chicken. It was breaded chicken with shaved ham and melted Swiss cheese. It was served with a dipping sauce called Malibu Sauce, which was pretty much a mayonnaise and mustard mixture. I even make my own Malibu Chicken recipe at home for my family.

There isn’t as many Sizzler restaurants around as there was when I was younger. We don’t have any in Las Vegas, so when we were in San Diego this summer, we ate at one. And, yep…I ordered their Malibu Chicken.

It was at that dinner when I got to thinking how these ingredients would make a great tortilla pinwheel. Tortilla pinwheels can include the same ingredients that go into sandwiches, but wrapping something up in a tortilla just makes it so much more fun for kids. Of course, these don’t have to be used for lunches. They are also great as appetizers when you need easy-to-handle party food. 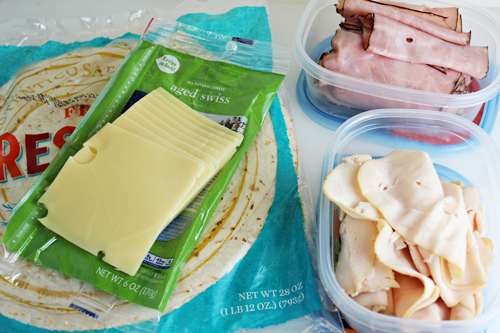 In a small bowl, you will mix together the mayo and the mustard. 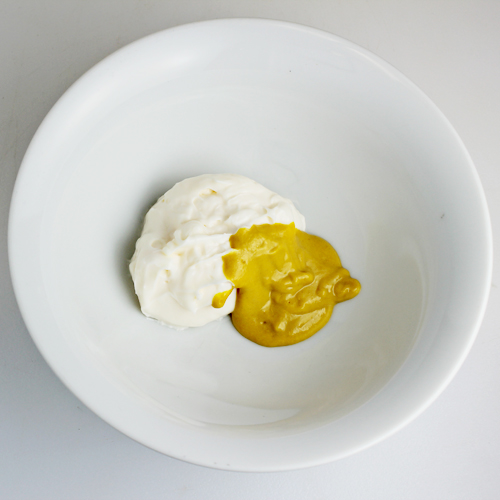 Some of the mayo/mustard mixture is spread on one of the tortillas (I would say 1-2 tablespoons). Then, chicken slices are laid down it the middle going across from left to right. The chicken is topped with ham and the ham is topped with Swiss cheese. The whole thing is rolled up from the bottom up to the top. The rolled up tortilla is refrigerated for a couple hours. 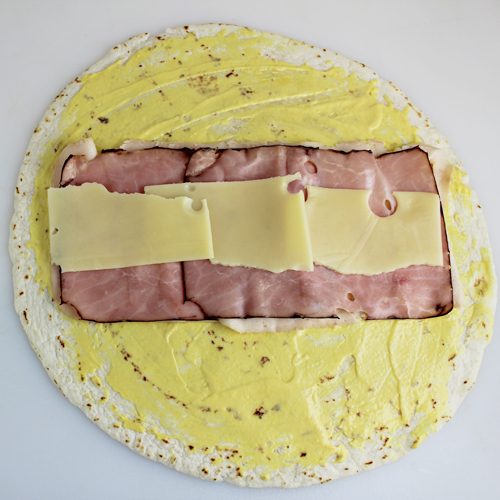 After refrigerating, the rolled up tortilla is cut into pieces. I usually cut the entire roll in half first and then cut each half into smaller pieces. A 9″ burrito tortilla can usually give me about 4-6 pinwheels. The ends don’t make a nice pinwheel, so those are usually discarded and by discarded, I mean offered up to my husband. 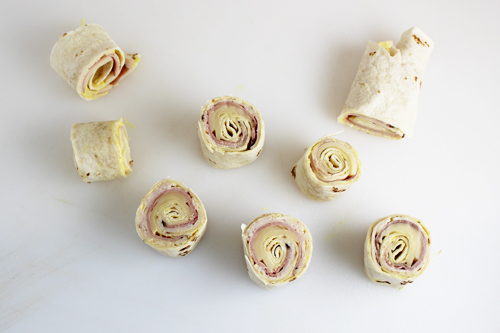 Pack up and you’ve got a fun lunch that’s easy too! 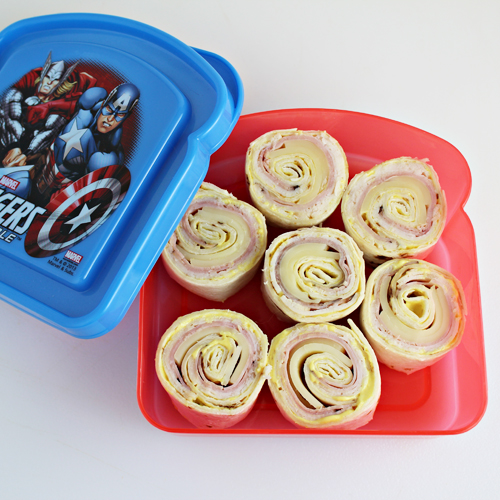 Malibu Chicken Tortilla Pinwheels are a fun lunch idea, inspired by a chicken entree at Sizzler restaurants. These are a great alternative to traditional sandwiches, but also perfect as party food.

And remember that we have a #SundaySupper chat at 7 PM each on Sunday evening. We tweet throughout the day using the hashtag #SundaySupper, then we all gather to share ideas, recipes and answer questions from 7-8 PM ET. Check out our #SundaySupper Pinterest Board for more fabulous recipes and food photos.