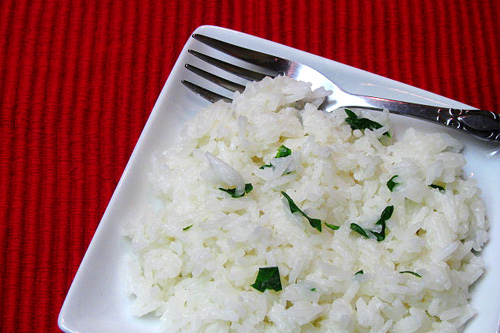 When thinking about a side dish, I was going to make a plain batch of brown or white rice. Nothing fancy. But when checking out the December issue of Cooking Light magazine, I happened to come across a recipe for Coconut Jasmine Rice (page 86). David LOVES coconut (I think I’ve mentioned that before), so I figured he would pretty much love me if I gave this a shot. 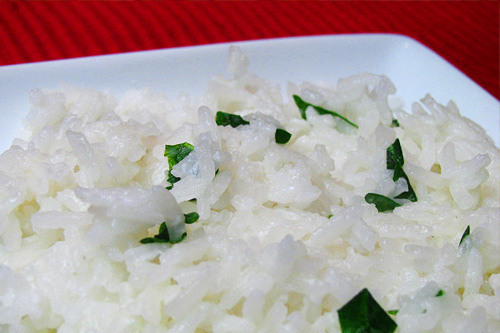 I gotta say that this stuff is heavenly! It’s a bit sweet and you can definitely taste the coconut. I think it complimented the spiciness of the General Tso’s Chicken really well. I didn’t tell any of the kids how it was made (they didn’t ask either) and sure enough, they loved it too.

Best part? While I was cooking the Lighter General Tso’s Chicken, David did the rice. Yep, you read right. I had a helper in the kitchen – and one who totally rocked the rice. 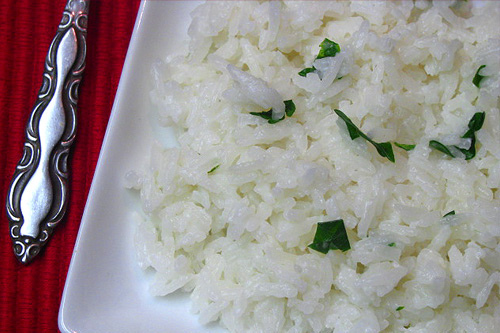