Home / Family / Thoughts On Real Cooking (aka what am I doing here?) 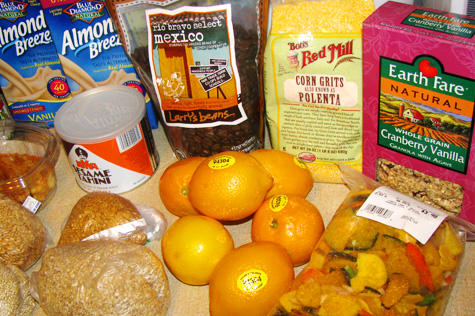 This is a recent shopping trip – just a few things we picked up. It looks pretty good, right? Well, the food I bought wasn’t this good. The food I used to buy looked very different than this. So did my cooking.

But, really, I’m considering most of this description to be untrue.

I don’t feel as if I have REALLY cooked. I thought I cooked. But it wasn’t until the last few months, that I realized that I didn’t really COOK.

Yes, I have made food from scratch here and there. 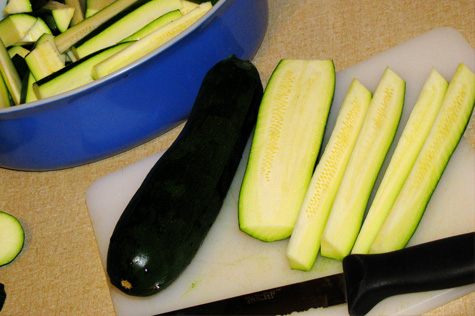 But most of the food I have made has been mostly food that I have mixed up. It’s been a lot of cooking from boxes. Lots of cans. Lots of packages.

It’s been dumping stuff in and stirring it up.

Quick meals. Fast fixes. Start to finish in 30 minutes or less. This was essential.

I’ve cooked quick-fix hamburger dinner meals to the point that my oldest daughter is grossed out by the sight of them.

I’ve planned monthly menus that when shopping for it I could easily yield a Walmart bag (or more) of only canned cream of mushroom soup and canned cream of chicken soup.

I’ve had a gallon size zipper baggie stuffed full (that it won’t close) of various “seasoning” packets that I’ve felt I needed: gravy mix, chili seasoning, taco seasoning, and so on.

I’ve always felt that I needed to save as much time as possible in the kitchen, so planning dinners that involved not much more than heating something up was the best bet for us. I also needed cheap. So, if it was cheap and fast, that was a huge bonus.

(And, let me just say, I don’t judge others who do consider all of this cooking. That’s fine. If this makes you happy and if this works for you and your family, that’s fine. Do what works for you. This wasn’t working for us.)

And then, we don’t even want to talk about the fast food. We ate at fast food so often, swiping our bank card for just about every transaction that my bank statement would read:

But then something changed in January of 2009.

We starting losing lots of weight. Over that year, I lost over 80 lbs. David lost well over 100 lbs. We did it by joining Weight Watchers. And LOTS of walking and hiking. And it was a great feeling. But the food we ate: still not the best, we mostly focused on a way to eat (whatever we wanted) within our “points”. But we were definitely doing better. We still ate at fast food, but it was healthier options at fast food (grilled chicken sandwiches, no sauces, no mayo, no fries, etc).

And then in January of 2010, after much soul searching, I knew that wanted more. I wanted even better foods for us. I wanted to cook FOR REAL. I wanted FRESH food. Foods with less ingredients on the package. Or at least ones that I could pronounce.

I knew that I was passionate about cooking for real, because I had done it. I was most proud of myself when I made something fully from scratch. Homemade Pizza Dough. Soups. Stew. Chili. Pie Crust. Mashed Potatoes. Roasted Carrots. Baked Chicken. Meatloaf. Tamales. Not necessarily hard-to-make (well, maybe excluding the tamales, because I do think those are hard), but still, they were things I knew I could do and, yeah, make well from scratch.

And, I had a love for food and was always interested in learning more about it. And I had a true interest in WHY and HOW certain foods and dishes should be prepared and cooked.

I remember reading Pie Crust 101 in the Martha Stewart Living, July/August 1999 issue. I read every single word and was fascinated by the explanations of why you wanted to use unsalted butter. And why the butter had to be perfectly chilled. And how the little pieces of butter would be encased by the flour and when it would melt it would make teeny pockets of space – and that, my friends, would make a flaky crust. This was better than ANY sleazy romance novel!

So, here’s where I am today. I ask myself: what am I trying to do here?

This is a question I’ve asked myself over and over again as I share the recipes I made here on this blog. Why share them? I’m not a chef, I’m not an expert. Many of my photos suck. Is anyone even interested in this?

The answer is: maybe. And that’s good enough to me. Because the main reason for starting this blog was to simply document the food that I was cooking at home, to document our journey to new foods (leeks! chickpeas! steel cut oats!) and healthier meals. To have fun experimenting in the kitchen with my family – and to live to post about it. To prove that you can go from frozen dinners to cooking from scratch – if you really want to. And a bit of keeping track of our daily lives. 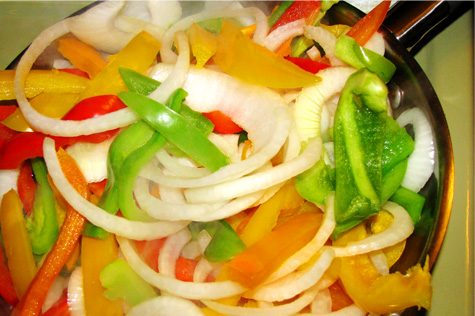 I do hope that by sharing our life, it might benefit someone else someday. I figure that there must be another family who is is also tired of eating the same things, day in, day out. Who wants their family to eat better than mixing together noodles with canned soup. But who might also feel like they don’t have the time, skills, or motivation to do it better (like I have).

I used to be all that. But, I’m learning that I was wrong. Cooking isn’t that hard and I CAN do it. Anyone can do it. And the days of me feeling like I don’t have the time are (pretty much) gone. I believe it’s all in my perspective and that I must MAKE the time, not FIND the time.

I also know that I don’t always do it “right”. Not every single thing I made is perfectly healthy. We still have LOTS to learn. And while we hardly ever eat fast food, we do still occasionally eat at these type of restaurants (just being honest). But we’re doing better everyday. We’re making progress. And I love talking about it.