We took an outing to Town Square recently – it’s one of our favorite places to hang out. It’s an outdoor mall in Las Vegas with lots of great shops and restaurants. There is a children’s park in the middle where kids can play. During warmer months, there is water play feature at the playground, plus movies in the park. At night, all the trees are lit of white lights and there is music playing from speakers as you walk around.

There’s an Apple Store, which the kids love to visit. I think Mattie would be perfectly content to hang out here all day. 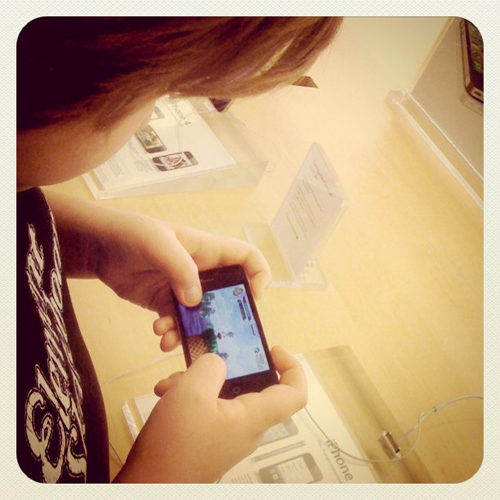 We ate at California Pizza Kitchen for the first time. I’ve had a frozen CPK pizza before and it was pretty good (for a frozen pizza), so I figured it wouldn’t be bad. 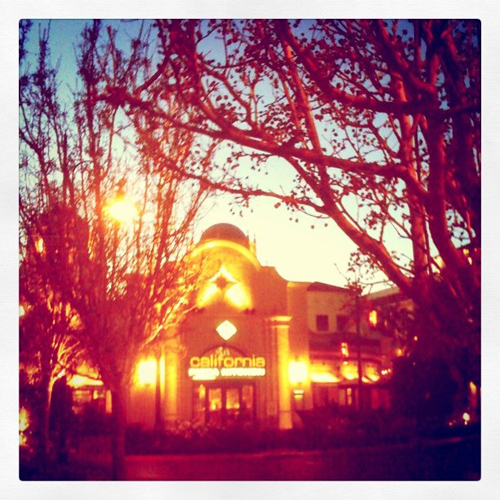 I really wanted to try one of their pizzas although I didn’t know the calories or fat content. So, David and I decided to split one pizza – their Carne Asada Pizza with Whole Wheat Crust.

It was SO good! We had no problem eating the whole thing. 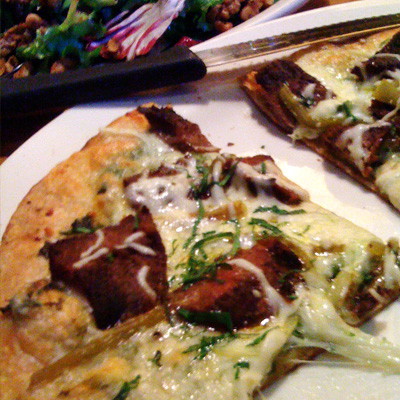 But when I looked at the menu, I saw their salads and they sounded so yummy, so we got a Field Greens Salad to split. It was full of greens, candied walnuts, and pear slices. We ate all that too. 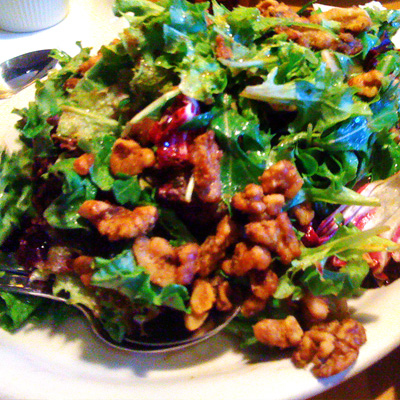 The kids both had pizzas too – Mattie has a pepperoni: 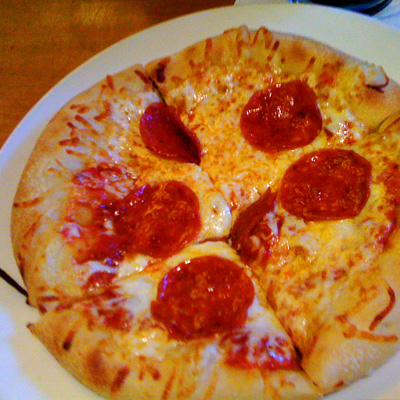 Courtney had a Hawaiian one: 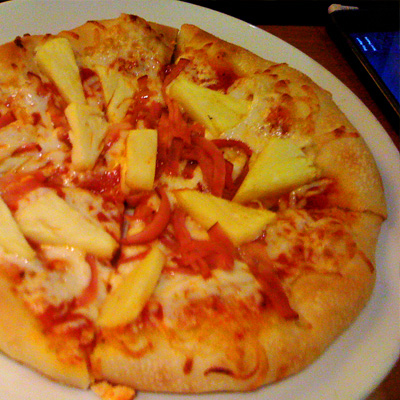 Now, we’re not usually “get dessert at a restaurant” type people. But sometimes, you gotta be spontaneous! Well, spontaneous for the kids at least. The kids menu had several desserts for just .99 cents, so each of the kids picked out a treat. Mattie got the M&M’s Sundae: 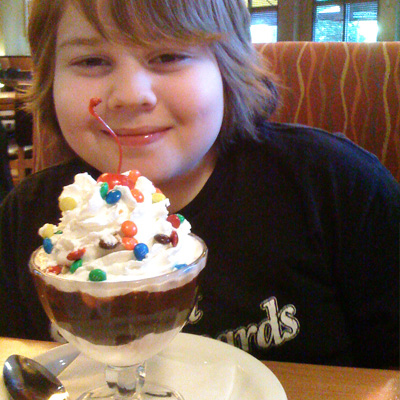 And, Courtney got the Brownie a la mode. Well, she actually thought she was just getting a brownie with whipped cream, but this is what they brought her. She didn’t complain. 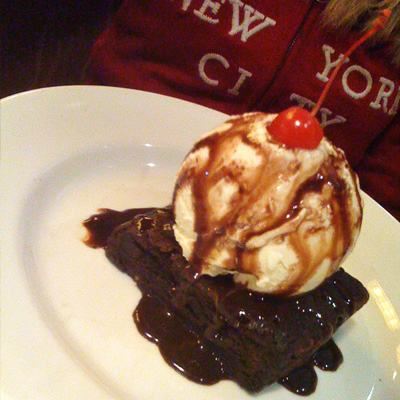 After leaving California Pizza Kitchen, we walked over to Whole Foods. We aren’t regular Whole Foods shoppers, but when I am in the neighborhood of one, I like to stop in and pick up certain things. On this trip, we bought So Delicious™ Coconut Milk Creamer, quinoa, and polenta.

After all this, we headed back to the Rave Motion Pictures (movie theater) to pick up Wellie who was watching Blue Valentine. I still haven’t seen a movie there, but Wellie loved it and, so far, thinks it’s the best theater in Las Vegas. 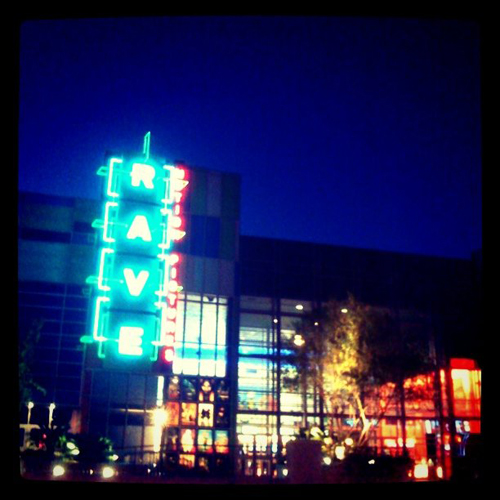 So, a simple, yet fun outing. The only downfall was that each time we’ve been to Town Square, I always feel like we didn’t have enough time there. But I guess that always gives us another reason to return. 🙂