And just why were they called Funeral Potatoes anyway? From what I understand, they are are very popular in Mormon families, and are often brought as a potluck dish to funerals. Makes sense. There’s even a Wikipedia page about them. I don’t make it all that often, but once or twice a year I make it to go along with a ham dinner – such as the one we had on New Years Day 2011, or for Easter dinner. 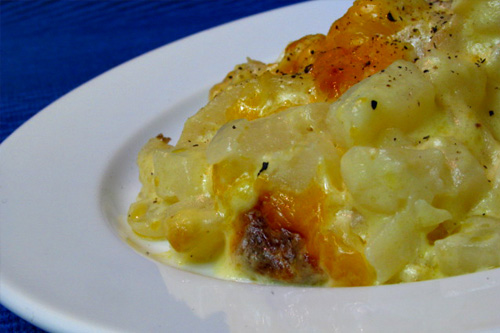 Here’s the recipe – which is super simple and easy to adjust to your personal tastes. You can print the recipe or click to save it to your ZipList recipe box:

With our Cheesy Potato Casserole, we had a spiral sliced ham. During the holidays, Foodbuzz and Smithfield sent our family one of their Paula Deen Crunchy Glaze Spiral Sliced Hams to try. I’ve never bought a Smithfield ham, but we do enjoy spiral sliced hams, so we were happy to try it out and make it part of our holiday meal. 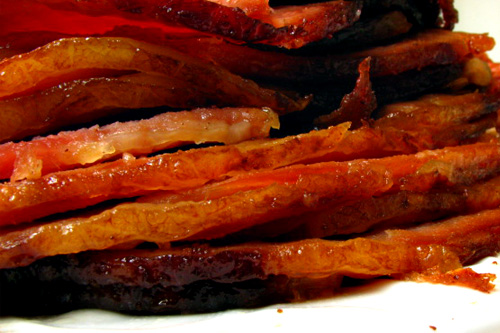 The ham was very good, but in my opinion, the crunchy glaze makes it awesome. I don’t think I was expecting to like it as much as I did. I’ve tried other spiral sliced hams that came with a “glaze” packet and I expected it to be just like those. However, the Paula Deen Crunchy Glaze was different than those. It gave the ham this perfect texture on the outside of the ham; it was sweet, with just the right amount of crunch. It was easy-to-make, but felt special – and the pretty blue wrapper totally added to that (you know me, I’m a sucker for pretty things). Overall, it was a nice treat and a perfect way to start off our New Year. 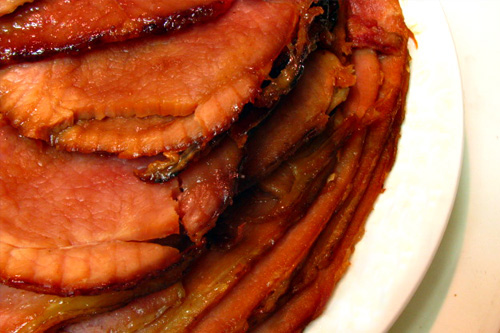