This Coconut Shrimp recipe makes a great appetizer or party food, and it’s easier to make than you might think! 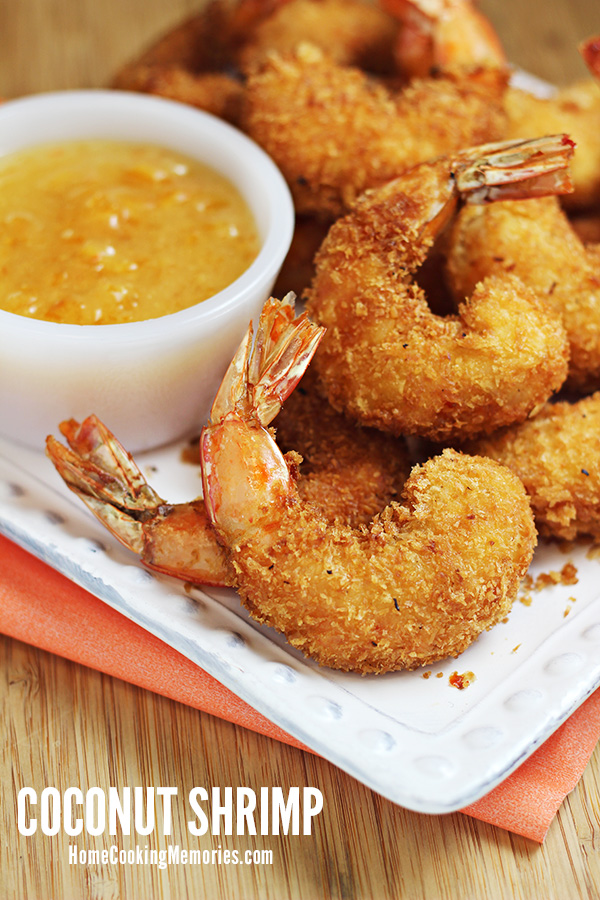 Disclosure: This post is brought to you on behalf of OXO and NFI Shrimp Council. This post contains affiliate links.

My husband and I have a serious addiction to coconut shrimp. If we are eating shrimp out in a restaurant, chances are, we’ll pick the coconut shrimp. But, strangely enough, I had never made coconut shrimp at home. And it’s even more strange when you consider that coconut shrimp is fairly simple to prepare and only takes a handful of ingredients.

Well, when I was invited to participate in the #ShrimpShowdown, sponsored by OXO and NFI Shrimp Council, I didn’t have to think twice about what I would make. The Eastern Seafood Company sent me some beautiful wild-caught, extra-large shrimp that I were just begging to be coconut shrimp. 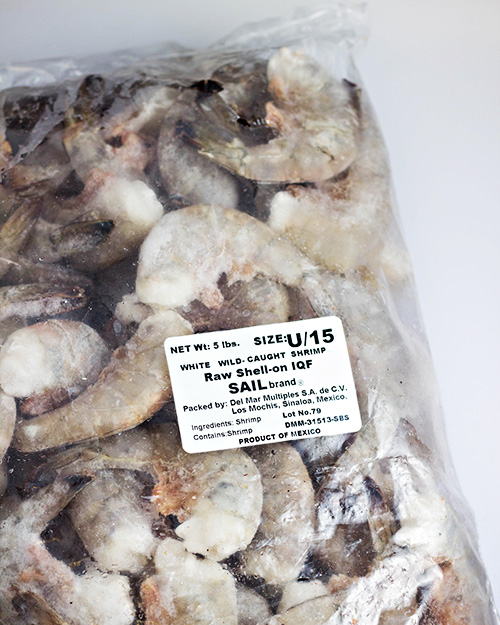 OXO sent me some tools too — a few of their best products to help me in the creation of my recipe. I was sent their Shrimp Cleaner, 3 Piece Bowl and Colander Set, the 12″ Tongs with Silicone Heads, Flexible Kitchen & Herb Snips, Wooden Lemon Reamer, and Silicone Steamer. 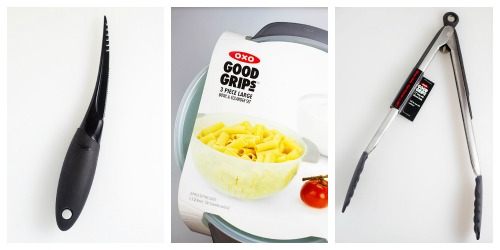 Now, let’s get started! The first step is defrosting your shrimp. I did this in the OXO 3 Piece Bowl and Colander Set by running the shrimp under cold water. The bowl is also helpful in holding the shrimp after or before de-veining them, particularly if you want to prep them in advance because it comes with a lid. To be honest, I didn’t really feel like I needed another bowl, but now that I have this one, I’ve already used it several times. 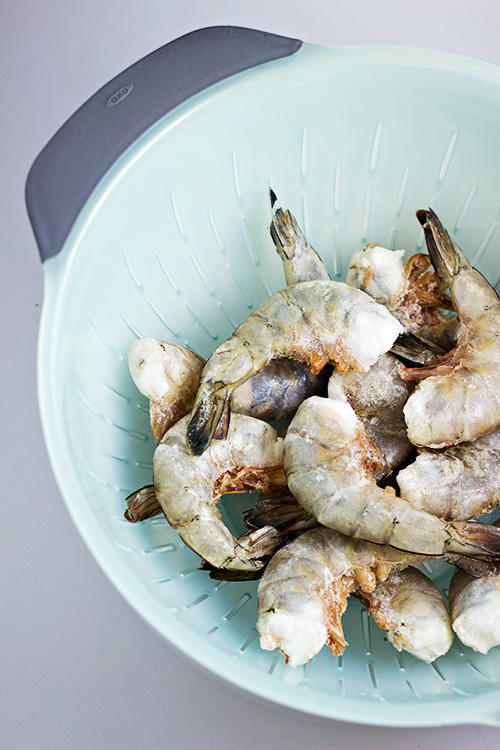 For de-veining the shrimp, you are going to love OXO Shrimp Cleaner. It was a HUGE time saver. Until it was sent to me, I didn’t now that such a tool even existed, but now that I have it, I’ve not only used it for the coconut shrimp, but also in my Shrimp and Asapargus Stir Fry. 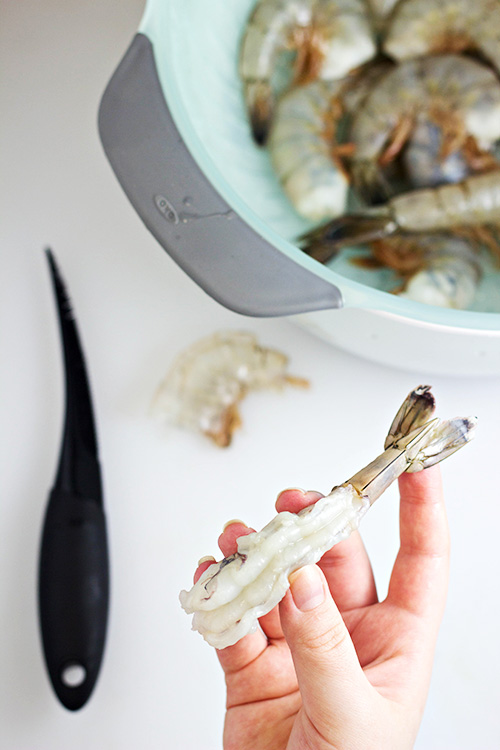 After peeling and de-veining the shrimp, you’ll be ready coat them. First, the shrimp is dipped in beaten egg. Then, it goes for a dip in coconut flour, and then back into the egg just before it’s final coating that consists of a mixture of both coconut and panko bread crumbs. 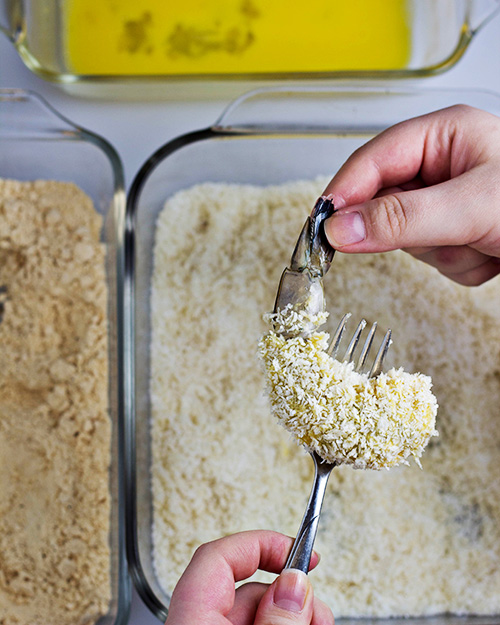 After coating, you’ll fry the shrimp in hot oil, turning them over as necessary so both sides cook evenly. I used the OXO 12″ Tongs with Silicone Heads to turn them and remove from the oil — they are heat resistant up to 600 degrees F, so not only could they handle the heat, but the silicone make them nice and gentle on the shrimp.

Oh, and guess who’s in love with these tongs? David! That man has SO many grilling tools (you know, the kinds specifically built for grilling) and he’s been snagging to use these outside for our grilled meals. I refuse to let him keep them outside with the others though. 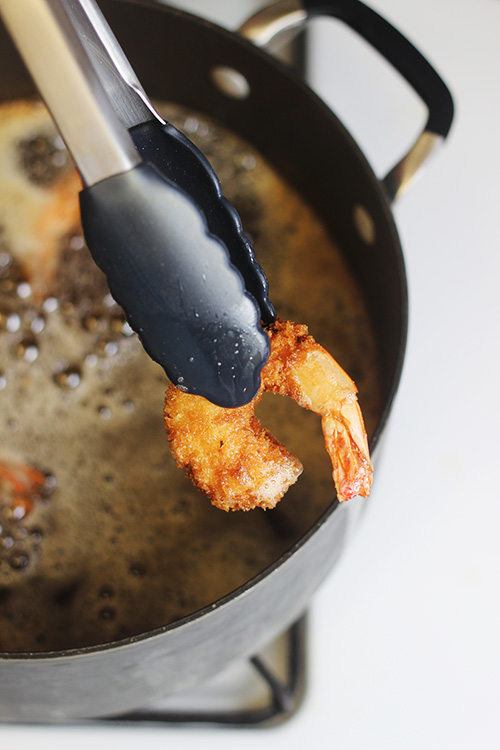 See how easy these are? Fry them all up and you’ll have delicious shrimp for an appetizer or dinner. I created a Orange-Habanero Sauce, which gave these a bit of a kick when dipping, but you can use anything you like for dipping…or go dip-free, if you prefer.

This Coconut Shrimp recipe makes a great appetizer or party food, and it’s easier to make than you might think!

Here’s two dip recipes that would be great with your coconut shrimp:

Want even more great shrimp recipes? Check out the food blogs below to get more great ideas on how you can cook with shrimp at home: 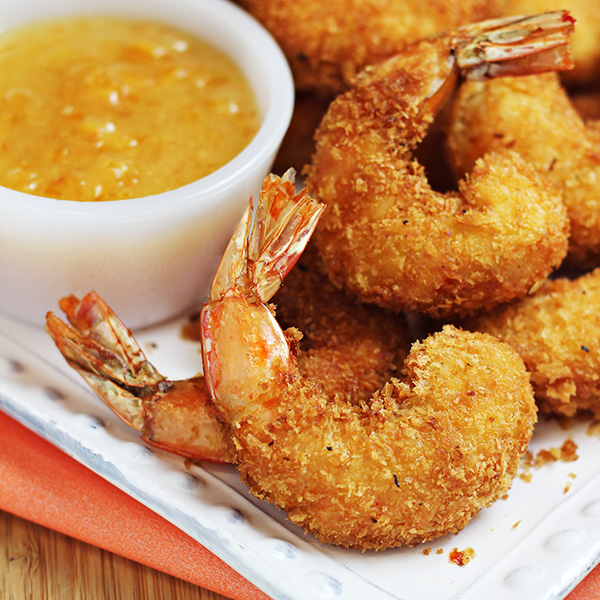