Creating your own DIY Baked Sweet Potato Bar is a fun Autumn dinner idea — and great for parties too. I’m sharing the easy steps for putting it together, including topping ideas and a honey-cinnamon ricotta recipe. 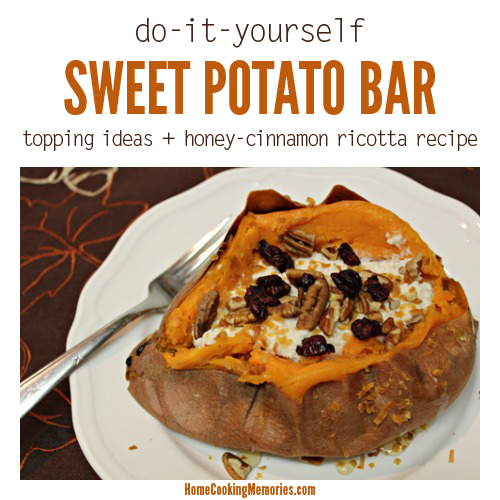 Our family is old friends with traditional baked potato bars. The kind where you use baked russet potatoes and top them with whatever you like. Some of the toppings include cheese, sour cream, broccoli, bacon, chives, chili, and more. It’s a favorite in our house.

But the #SundaySupper theme this week is All Things Orange, hosted by Pam of The Meltaways and while I was thinking of all the delicious fall-inspired and very orange dishes I could make, I thought: why not a DIY Baked Sweet Potato Bar?

So that’s exactly what we did and happy to share my steps so you can do one too. 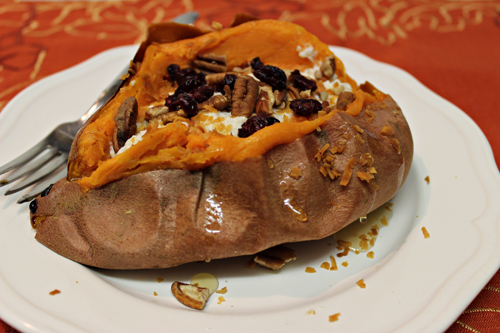 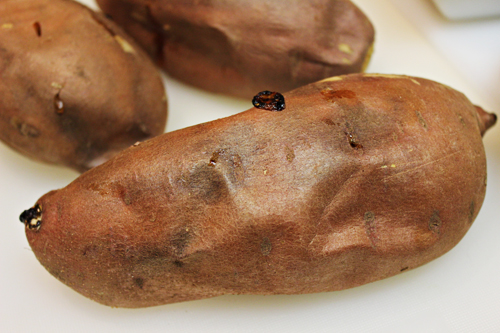 As your sweet potatoes are baking, prepare your sweet potato toppings. We had options for both sweet and savory sweet potatoes. Each item was placed in a bowl or plate and set out buffet-style on our kitchen counter. We had: butter, honey, bacon, blue cheese, cheddar cheese, toasted coconut, green onions, Greek yogurt with honey, chopped pecans, and dried cranberries. 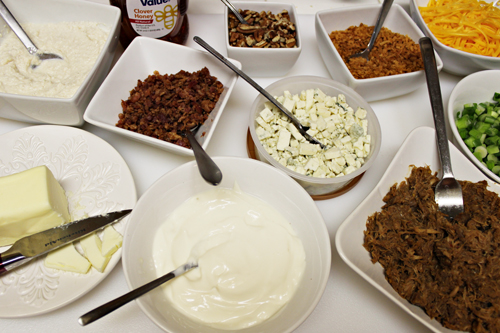 My husband made shredded pork by cooking up a pork roast, shredding it, and combining it with a sweet barbecue sauce. I used this on my Baked Sweet Potato. I sliced open my sweet potato and added a bit of butter. Then, I topped it with the shredded BBQ pork, some cheese, bacon, and green onions…it was SO good! 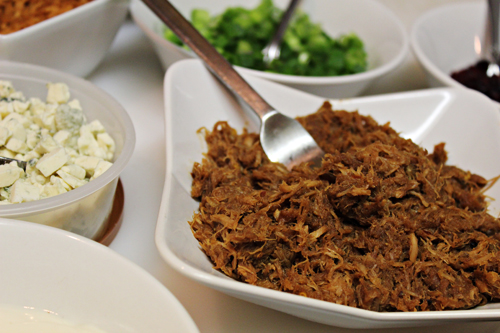 One of the favorite toppings was my Honey-Cinnamon Ricotta. It’s so simple to make, but so delicious in a Baked Sweet Potato! To make it, simply put a 15 oz container of ricotta in a bowl, mix with 4 tablespoons of honey, 1/8 teaspoon cinnamon, and 1/8 teaspoon vanilla extract. Stir it up and spoon onto baked sweet potatoes that have been sliced opened. 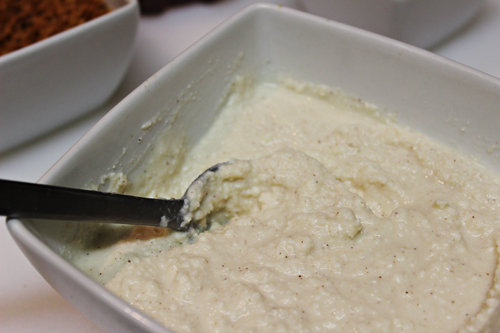 Here’s one of the baked sweet potatoes that I made. After the sweet potato was baked, I cut a slit at the top of the potato lengthwise. I added a bit of butter, some of the Honey-Cinnamon Ricotta, a drizzle of honey, toasted coconut, pecans, and dried cranberries. This was my husband’s favorite! 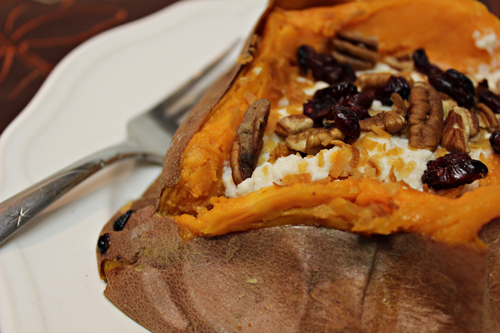 Have you ever had a baked potato bar or baked sweet potato bar at home? What toppings do you think you would have? 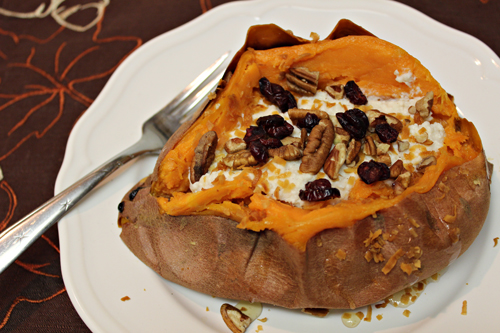