This week, I am participating in something new — I joined up with the awesome #SundaySupper group. Each week we have a different cooking theme and this week the theme is “Kids in the Kitchen”. 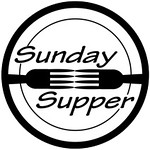 Cooking with my kids is one of my favorite things to do and it always seems to be the biggest memory makers in our house. If I ask them “what things have you cooked with me?”, they can almost always tell you. Ask them what I made for dinner 3 nights ago, well, that might be a different story. But when they join me in the kitchen, it always seems to be memorable.

I have a favorite cooking experience with each of the kids. For Wellie, it was making Ina Garten’s Carrot Cake for my birthday in 2010. For Lil D, it was Christmas Eve morning in 2008 when he stayed up all night with me finishing up the holiday treats and tamales. For Mattie, it was making French Toast with him. For Corky Ray, it was making Cheesecake Sopapillas, which was a recipe she introduced to me.

My goal is to keep making these memories with them, as long as they are willing. 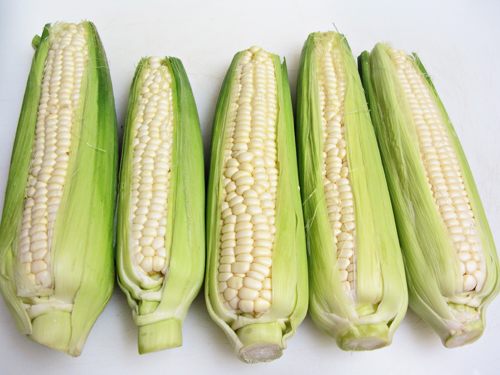 My contribution to the #SundaySupper theme of “Kids in the Kitchen”, is Parmesan Corn on the Cob. It’s very easy to make and incorporates a two different things that Mattie likes a lot: corn (eating it) and foil (scrunching it, playing with it, whatever).

The first order of business was shucking the corn. 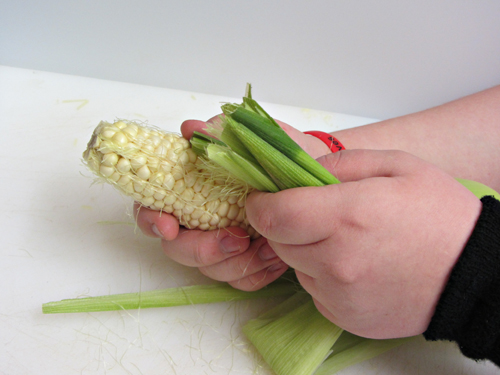 Mattie learned during the making of this that the thread-like fibers on the corn is called “silk”. I thought he knew that, but apparently he didn’t. Which is another great part of cooking with kids — all the learning that take place without even trying. 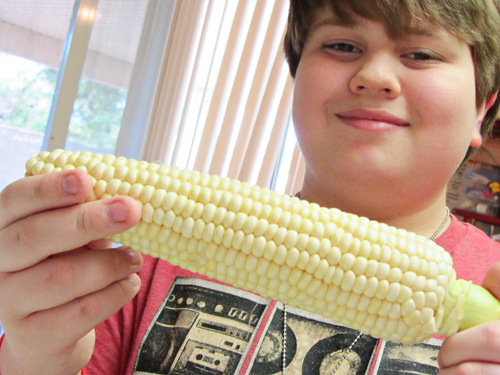 Once that is done, we tore a good size piece of foil for each ear of corn. We rubbed each ear of corn with some butter & sprinkle each one with some salt. These were rolled up in a piece of foil. I think that is Mattie’s favorite part. This recipe can be made in your oven or on the grill, so we made most of ours on the grill (I did roast one in the oven so you could see the difference between the two). 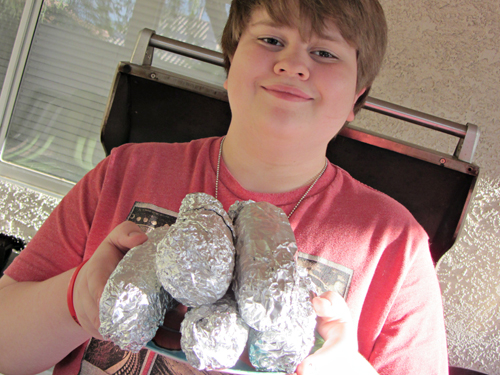 After about 15 minutes, the corn is removed from the grill. 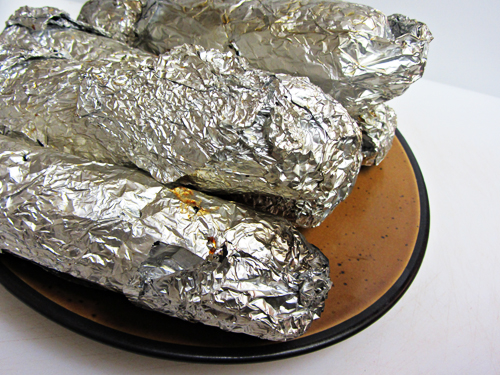 With a pot holder, open the foiled wrapped corn very carefully (I like to leave the corn sitting in it’s foil as you see in my photo below). Sprinkle with shredded Parmesan cheese, but don’t wrap your corn back up…leave the foil open. Place your corn back onto the grill to melt the cheese a bit (even if you turned it off, there is usually enough heat that it will melt the cheese).

In the photo below, you can see the grilled corn on the bottom. The other ear of corn was prepared in almost the same way as the grilled corn, except it was roasted in an oven. Either way works!

Note: there are recipes that will tell you to apply the Parmesan cheese before grilling or roasting in the oven. I have not have good success with those methods and found the cheese to stick mostly to the foil, so we go with this option. 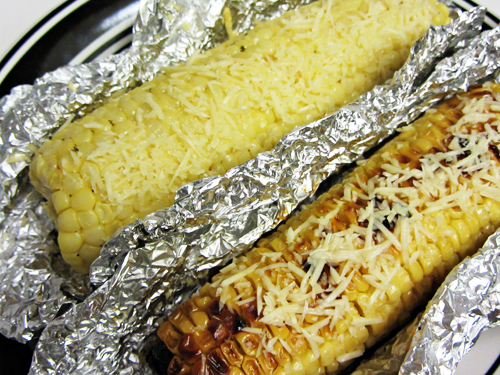 See how easy that was? And Mattie and I now share a memory of making the corn for our weekend BBQ…that’s the stuff that seriously makes me happy.

Do you have any favorite items that you like cooking with your kids? I’d love to hear about them! Just leave me a comment below.

If you’d like some “Kids in the Kitchen” inspiration, you’ll have to check out the blogs below…each one features a kid-friendly recipe from their home: